Why shipping is struggling to innovate

The maritime sector’s fragmented approach to research and development is born out of a business model that prioritised cashflow and balance sheets at the expense of innovation. In an era of radical technological and operational revolution, many companies are no longer fit for purpose

Shipping is struggling with innovation, but technological breakthroughs are not the problem; the required advances needed are in scalability and availability 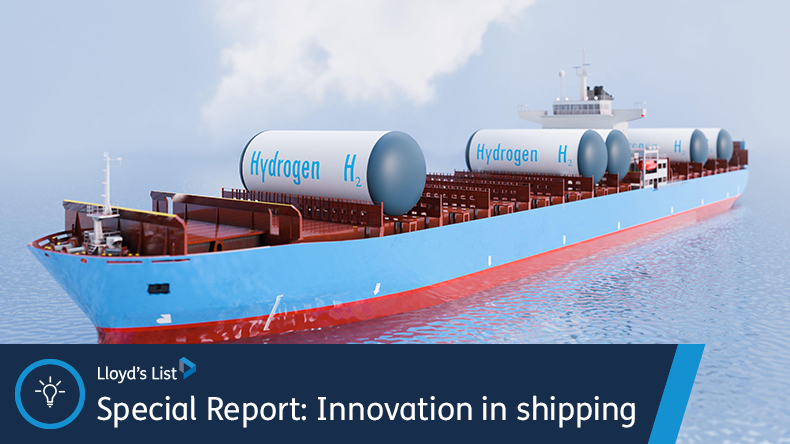 Source: Tridsanu Thophet/Alamy Stock Photo The principal project of the era, decarbonisation, has spawned hundreds of technology projects, with as many again in the pipeline.

THE wave of techno-optimism that began to spread in the wake of Covid breakthroughs should be visible by now.

While it would be a stretch to say that the pandemic fuelled optimism, it certainly catalysed investment in technology research across sectors — and crucially coincided with an innovation arms race that was already escalating between China and the US.

Having overtaken European R&D spending back in 2014, China is openly looking to outstrip America’s previously unassailable status as world leaders in tech innovation.

Back in the glory days of moonshots and competition with the USSR, the US government spent 1.9% of GDP on R&D, but that has retreated to less than one-third of those levels in recent years. China is taking the advantage.

All things considered, we should be living through a golden age of innovation right now.

And yet it is hard to see the evidence for that in shipping.

The principal project of the era, decarbonisation, has spawned hundreds of funded technology projects, with as many again in the pipeline.

However, the rapid scaling required is yet to emerge and the industry is barely touching the sides of the $1.4trn hole required to get this project moving at sufficient pace.

Collaboration is often promised and yet rarely witnessed. The misalignment of incentives between owners and charterers remains a major blocker to the data transparency required to scale digital innovations beyond siloed projects.

Digitalisation efforts remain stubbornly fragmented. Optimisation experts are over-supplied, but the industry is still flooded with start-ups trying to solve problems in isolation.

Ambitions are high and intentions are good, but the fragmented ownership landscape increases the risk of hard-to-scale island solutions between few players that end up generating significantly less value than a scaled solution would have done.

And yet scale remains elusive in a sector that has not evolved significantly since the 1970s.

In an era of limited technical innovation, when cashflow and a strong balance sheet were far more important than managing technical change, that was sustainable.

However, the business models upon which the majority of shipping companies are operated, are not fit for purpose in an era of radical technological and operational revolution.

The innovation project for shipping is not about developing new technology. Whether it is new fuels and infrastructure or artificial intelligence and optimisation, the technology already exists.

The major breakthroughs for which shipping is waiting are around scalability and availability — but it also needs companies that are set up for change.

Wärtsilä’s recent decision to restructure its Voyage business speaks of a deeper frustration in shipping about the unfulfilled promise of digitalisation.

Despite the initial promise of delivering sophisticated optimisation services to an industry looking for efficiencies, persuading clients to pay has proved trickier than producing the technology.

The upshot is that investment in truly digital solutions has been painfully slow across the sector.

Transitions are non-linear affairs and a more optimistic reading of the slow progress — be it in the development of zero-carbon technology or the take-up of digitalised optimisation tools — would argue that foundational changes take time.

The diffusion that follows once a critical mass of first-movers and adopters have shown the way will be a rapid process.

However, we are not there yet. Despite the initial flurry of marketing promises and industry rhetoric, we are currently in a phase of development that will require the shipping sector to negotiate changes beyond its traditional borders.

Whether that is a case of unlocking the incentivisation blockers between charterer and owner or aligning port, ship and end-user optimisation tools, these are changes that require time.

A study published in September by the Global Maritime Forum assessing industry-wide progress towards the goal of having scalable zero-emission fuels make up 5% of international shipping fuels by 2030, found the sector only partially on track.

In terms of technology and supply of the fuels, there is no shortage of trial activity. Currently there are at least 203 shipping decarbonisation pilot and demonstration projects in the pipeline and funding for the initial stages of development has been reassuringly plentiful.

The problems come, however, when it is time to scale operations.

Class society DNV concluded in early October that the level of “onboard investment” in decarbonisation by 2050 will need to be between $200bn and $450bn.

However, given that more than 80% of the total costs will be required upstream in infrastructure investment, such estimates are akin to guesswork right now.

And yet few have questioned that the technology innovation will ultimately be a brake on progress.

Designs for zero-emissions engines already exist and various incarnations of prototypes are being rolled out. DNV expects the first ammonia engine to be ready in two or three years, with a deepsea version to follow by the end of the decade.

The investment required to catalyse innovation — particularly when it comes to zero-emissions vessels and fuels — is not the technology itself; it is in the scalability and availability of the technology that already exists.

Walk into any major yard today and there will be an array of sophisticated Internet of Things sensors available to retrofit to almost any vessel.

Combine those with the promised savings offered by AI optimisation tools and you are left questioning why any vessel going near a yard for survey is not automatically installing readily available kit.

Cost is, of course, part of it — particularly for the 70% of the industry that controls 20 ships or fewer, and the average shipowner who, lest we forget, controls fewer than five vessels.

Yet this is not just a question of low margins. These solutions, however enticing the pitch may be, are not standardised.

Digitalisation is still a fragmented project, and the market is still flooded with start-ups trying to solve problems in isolation.

There is not an industry-standard tool. The Microsoft Excel equivalent of vessel optimisation software packages that everyone uses and understands, does not exist.

Instead, there are several hundred competing vendors in a market that stubbornly refuses to consolidate.

Standardisation would help from a commercial perspective — it is still too often too difficult to prove material benefit from optimisation tools without long-term investment and ideally a scaled fleet enterprise.

Yet ultimately costs still need to be reduced — and without consolidation, that seems unlikely.

Without the gravitational pull from owners and charterers aligned in their willingness to pay for such services, there is still nobody with sufficient scale to drive the market.

Few deny the direction of all this. Controls relying on dials, warning lights, displays and spreadsheets will be replaced by integrated information streams and intelligent algorithms, providing decision makers and regulators with the information that really matters.

The question mark is around the pace of change.

Frontrunners like Wärtsilä Voyage are not the only commercial entities who have misjudged the timing of the curve.

The promised secret ingredients to revolutionise shipping’s future do not come with a magic wand and even sophisticated organisations prepared to run ahead of the pack are struggling to roll them out.

A 2019 McKinsey study of land-based companies found that when moving from digital pilot projects to a company-wide roll-out of the system, only 33% of the companies surveyed had been successful.

The renowned maritime economist Martin Stopford pointed out in a recent paper that while the problems of managing this sort of change are extensively covered in books on change management, there are few “off the shelf” solutions.

“They will need skilled people to make them work,” he said.

And herein lies the crux of shipping’s laggardly pace of innovation uptake: the vast majority of shipping companies, and the business models that guide them, were not designed to fund or manage change on the scale that lies ahead.

Today’s organisations were developed during an era when cashflow and a strong balance sheet were far more important than managing technical change; but change they must.

The challenge is strategic rather than operational.

Just as shifting to new fuels will not, in isolation, form a clear pathway to the future, the uptake of new technology will not make companies inherently more efficient.

The ability to yield a return on invested capital will not improve just because the fuel mix changes or AI is installed.

Tightening environmental regulation will only further fragment an already tiered market, with the lowest performers likely to find it increasingly difficult to secure employment, and the introduction of new vessels trading in green corridors likely to define the best-in-class environmental benchmark.

Owners operating their own vessels will have to consider whether the earnings spread between CII ratings justifies the required upgrades to compete on certain trades, while some tonnage providers may find it increasingly difficult to compete.

These changes will happen whether the companies adapt or not.

The technology and innovation required to transition shipping into a zero-carbon sector are not the missing ingredient; it is the companies themselves that must change.

This article is part of Lloyd’s List’s special report on ‘Innovation in Shipping’ to be published in full online this week. Subscribers can access a downloadable PDF by clicking here