Russian fleet doubles down on trade with friendly countries

Vessels are rerouting to countries in Asia, Africa and the Middle East as port bans effectively keep Russia’s merchant ships out of markets in Europe and the US

Activity is down about 10%, but Russia’s merchant fleet has adapted to cater to those who are still happy to take the business 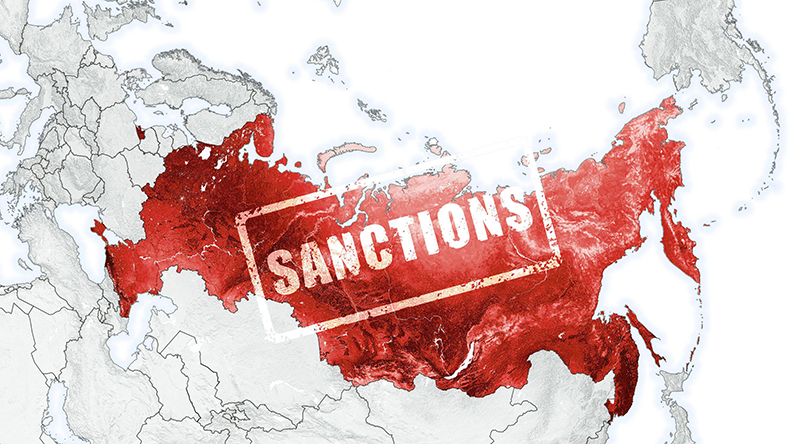 Source: Vyacheslav Lopatin / Alamy Stock Photo Arrivals from the Russian fleet to the EU, US and UK have plummeted as a result of sanctions.

RUSSIA’s fleet is finding new business after being largely shut off from European, US and British markets.

From March, the US and UK started implementing a full ban on all Russia-flagged, owned and operated vessels, while the European Union closed off access to the Russia-flagged fleet.

Arrivals from the Russian fleet to these markets have plummeted as a result.

Russia-flagged vessels are still able to enter EU ports under exemption, such as ships carrying pharmaceutical or food products.

Just nine of the 27-member bloc received a Russia-flagged ship in the third quarter. Bulgaria and Germany received the most vessels, recording 39 and 24 inbound sailings respectively. That is still 40.9% and 45.5% fewer than over the same period last year.

Almost 450 Russia-affiliated vessels, including those that are Russia-flagged and owned, called at EU ports between July and September. A drop of 72% year on year.

The bloc’s eighth sanctions package will further restrict the movement of Russia’s fleet. After April 8, 2023, vessels certified by the Russian Maritime Register of Shipping will be prohibited from calling at EU ports.

No vessel arrivals were recorded in the US or UK since sanctions were implemented on April 28 and March 1, respectively.

Of the 92 countries that accepted a Russia-affiliated vessel in the third quarter, 26 recorded an increase in arrivals year on year.

Countries that traditionally represent a small portion of trade have increased exposure, albeit at a small scale. This includes the Côte d’Ivoire, Paraguay, Israel, Sierra Leone, India, Kazakhstan, Philippines, Japan and Egypt.

Türkiye and China, the largest recipients of Russian ships in 2021, have strengthened business ties throughout the war.

Türkiye received some 1,119 Russia-affiliated vessels in the third quarter of the year, compared with 774 in 2021.

China received 391 vessels from July to September, a more modest increase of 17% on last year’s figures.

“While the European business is getting decimated these classic partners are increasing trade in all matters,” says Yörük Işık, a geopolitical analyst from the Istanbul-based consultancy Bosphorus Observer. “In a way, Türkiye is the odd one out. It is strongly on Ukraine’s side, but on trade matters there is absolutely no moral line. It’s increasing business in all areas with Russia.”

The Kremlin is adapting to the economic circumstances and is continuing on in whatever way it can, such as selling discounted commodities.

“Russia is still turning around money. They are making less profit, but still some,” says Mr Işık.

The Russia-affiliated fleet’s port calls are down 10% in the third quarter of the year compared with the same period a year earlier.