The case against LNG now comes with an extreme $1trn warning

LNG constitutes a significant risk to shipping’s low carbon transition, but the amount of stranded assets will depend largely on the way in which the transition unfolds.

The headline conclusion of a new report which values the potential stranded assets associated with LNG-fuelled ships at over $850bn by 2030 has already drawn fire from an industry heavily invested in a gas orderbook and governments increasingly promoting gas investment options. But the report’s authors argue that transparent risk assessments are required to influence decision making 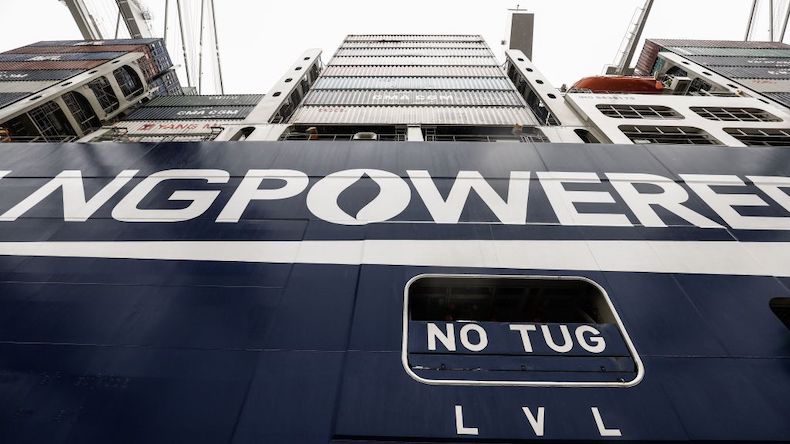 There is now a material risk that LNG-capable ships could lose part or all of their value unexpectedly around the 2030s, according to the study
Lloyd's List · Dr Tristan Smith explains why LNG-fuelled ships could become ‘stranded assets’

THE case against LNG as a decarbonisation pathway for shipping is not new.

But with 30% of the current orderbook now LNG capable and public funding for LNG projects increasing globally, the publication of a new study forecasting that over $850bn of LNG-fuelled ships could be stranded assets by 2030 has created something of a stir. Particularly amongst the world’s top 20 shipowners who are collectively exposed to the greatest concentration of the current LNG-fuelled orderbook.

The eye-catching $1trn worst case scenario headline set out by the University College London Energy Institute study published on Tuesday is riddled with uncertain assumptions and variables. However, even the report’s more moderate outlook concludes with the combative assumption that LNG constitutes a significant risk to shipping’s low carbon transition.

The high profile publication of the study at the beginning of UN climate week has already provoked defensive responses from owners heavily invested in dual-fuelled tonnage as a central pillar of their very public ESG strategies.

Using the case study of LNG-capable ships and the plausible assumption of a high uptake of LNG to 2030, the study states that there is now a material risk that LNG-capable ships could lose part or all of their value unexpectedly around the 2030s. The potential level of that stranded value, which the study places in a spaciously broad range between $129bn to the more extreme $848bn, is a threat to shipping’s low-carbon transition, the study’s authors conclude.

The assumptions on stranded value depend heavily on the pace of the energy transition cost of retrofitting ships.

Engine slip means methane emissions will still double for shipping voyages in Europe by 2030, even if all fuel is renewably sourced, according to a study by the International Council of Clean Transportation

If the transition unfolds by retrofitting existing ships to ammonia, LNG-capable ships might lose their premium compared to Low Sulphur HFO-fuelled ones, since it is as expensive to retrofit both ships to ammonia.

But, if LNG-capable ships are incapable of moving to alternative fuels – either because it is too costly or impossible to retrofit, or because the transition does not unfold as a technological transition but through a change in the consumer behaviour and shipping demand – then LNG-capable ships could lose up to all their remaining value by 2030. In the scenario calculations presented by the report that equates to over $890bn.

The implications of these conclusions go well beyond a haircut for owners making ill-judged orderbook decisions.

Not only does investment in LNG-capable assets risk increasing the cost of shipping’s decarbonisation, but it also could create incentives for resistance to 1.5-aligned decarbonisation pathway set out by the Paris Agreement which could act against drivers of shipping’s transition to scalable zero emissions fuels, argues the institute’s director Tristan Smith.

The implications of the research are stark. Investors should consider not ordering LNG-capable ships, argue the report’s authors. Instead, they should invest in cheaper, conventionally fuelled ships which are designed for retrofit to zero-emission fuels.

Managing the risk of stranded value requires owners to start factoring in the cost of retrofit at the point of newbuild or start using a steeper than linear depreciation curve.

The report has inevitably been dismissed as biased by the LNG lobby group Sea LNG which has set about questioning the “contestable” assumptions made in the study.

But the wider objection seems to be that the analysis provides shipowners “with an excuse to sit back and wait and continue to emit” – rather than investing in a technology (LNG) that offers immediate GHG reductions today and with a clear pathway to decarbonisation?

The Lloyd’s List Podcast: Are shipowners the boiling frog?

Shipowners appear to be feeling pretty sanguine about the introduction of new carbon ratings from January 2023. Yes, there might be some slowing down and some retrofitting, but the initial implications are pretty limited. Or are they? Has the industry genuinely understood the implications of CII? Or are the owners suffering from boiled frog syndrome?

According to Mr Smith, that familiar criticism just doesn’t hold water. The report sets out a transparent methodology to understand the stranded value risks and to that extent it represents the first substantive approach to understand the variables required to guide that decarbonisation pathway. Far from providing cover for inaction, the report urges action to mitigate the predicted risk factors and avert a looming write down in asset values.

Adapting ordering decisions is required, but the bigger picture is about policy shifts.

The report stresses the importance of the clarity and credibility of future policies to investors, as new ships ordered today will hope to keep operating during the transition period over the next two decades.

The longer it takes for policy to signal and clarify which fuels and specifications will be in compliance or competitive, the greater the risk of fleet ordering that results in significant stranded value.

Investors today are not seeing clear signals from policy, in particular when and how methane emissions will be considered, argues Mr Smith. Strong policy signals are needed to help investors in both existing ships and newbuilds consider the potential impact of regulation on values because without adoption of much more stringent policy, they are unlikely to deviate from their current investment trends.

“This report is not about telling people what to do, it simply provides methods that you can use to analyse the risk. It means you can consider what would that mean to my portfolio? What would it mean to my asset value? And as long as you've done that homework and it is transparent, then I think this is a this is a safe sector. But if you haven't, if you're burying that, if you're not transparent about how you manage that risk, then then I guess, people who invest in that sector are going to look at it and ask why should we give investment to a sector that that doesn't have this under control?”

Methane emissions on LNG-fuelled ships can be ‘negligible’ from 2024, says Shell