Russian leader entertains idea of revising initiative to limit export destinations, while the World Food Programme arranges to load another 150,000 tonnes of grain for humanitarian operations 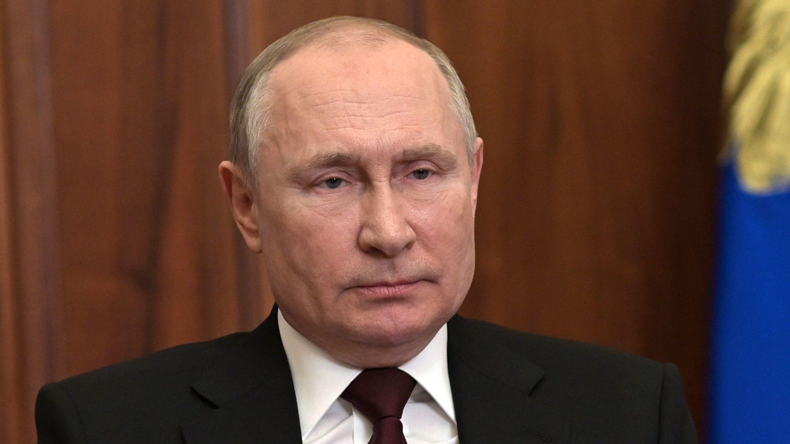 Source: ITAR TASS News Agency / Alamy Stock Photo Putin: “Almost all the grain exported from Ukraine is flowing not to the poorest countries but into the European Union.”

DEVELOPING countries are being deceived by the UN-brokered Black Sea grain initiative, according to Russia’s president Vladimir Putin.

The grain corridor agreement, which was signed on July 22, ensures safe passage of vessels carrying grains and other food items from the ports of Odesa, Chornomorsk and Yuzhnyi. The deal is valid for 120 days from signing.

“Almost all the grain exported from Ukraine is flowing not to the poorest countries but into the European Union,” President Putin told an economic forum in Vladivostok.

The bulkers together have transported 60,800 tonnes of wheat.

A third vessel carrying 150,000 tonnes of wheat will be purchased, loaded and shipped from Ukraine in the coming weeks, a WFP spokesperson told Lloyd’s List.

“WFP is hopeful this is only the beginning of regular shipments of food commodities from Ukraine for the agency’s humanitarian operation,” they said.

A total of 100 vessels have left Ukrainian ports as of September 7, carrying a total of 2.3m tonnes of grains and other foodstuffs, according to the Joint Coordination Centre.

“The objective of the Black Sea grain initiative is to boost commercial supplies of grain into the market that can help contain and reduce food prices, help poor households and vulnerable populations afford basic staples, and enable farmers to grow food at a manageable cost,” says JCC communications officer Ismini Palla.

Low- and lower-middle income countries have received 30% of exports under the Black Sea grain initiative, according to JCC data.

A month on from the inception of a maritime corridor, a total of 68 vessels carrying 1,605,896 tonnes of grains and other food items are leaving or have left Ukraine using the facility. In addition, about 30 vessels are making their way to Ukraine, largely sourced from Turkish owners

The first ships to leave Ukraine and travel the corridor arrived at the ports before the invasion started. Some 22 have been cleared to move and are fulfilling existing contracts.

“In August, the Food and Agriculture Organisation cereal price index decreased by 1.4% from the previous month,” says Ms Palla. “This drop, driven by a 5.1% decline in international wheat prices, was due in part to the resumption of commercial exports from the Black Sea ports in Ukraine.

“Global hunger, food insecurity and food prices are affected by multiple factors, such as climate change, conflict, fuel and energy prices. Ensuring the continuing availability of food supplies and fertilisers, including the release of existing food and fertiliser stocks from Ukraine, is critical in sustaining this downward progress.”

President Putin indicated at the forum that he would discuss the possibility of limiting the destinations of grain exports via the corridor with Turkish President Tayyip Erdogan.

If Western countries continue to buy up Ukrainian grain the food crisis will worsen and potentially turn into a “humanitarian catastrophe”, added the Russian leader.

Ukraine is one of the world’s leading grain exporters, but Russia’s invasion of the country has severely hampered its ability to trade internationally. It expected $1bn per month in income from the reopening of the three export hubs, Odesa-based Lloyd’s agent Eurogal told Lloyd’s List at the beginning of August.

Ukraine’s government has expressed interest in extending the grain corridor to include a fourth port — Mykolaiv.

There are 60 requests to load at Ukraine’s export hubs under the Black Sea grain corridor initiative, with about 980,000 tonnes of grain and other foodstuffs exported so far

Grain silos in the port of Mykolaiv caught fire during a Russian attack on August 31, says Eurogal. A further rocket strike on September 4 in the same region destroyed silos holding several thousand tonnes of grain.

President Putin’s comments on the grain corridor come after Russia’s ambassador to the UN, Vasily Nebenzya, cast doubt on the deal being extended at a Security Council meeting two weeks ago.

Mr Nebenzya said the number of ships travelling to countries in need was small and inconsistent with the goal of the agreement.

He further expressed discontent with how the initiative was playing out for Russia.

“We emphasise that the extension of the grain deal, the term of which is 120 days from the date of signing, would be facilitated by tangible results for Russian foreign trade operators equivalent to those we are seeing for Ukrainian exports,” said Mr Nebenzya.

Ukraine has utilised other methods of transport to export its key commodities.

During August 1.6m tonnes of agricultural products were exported through the Danube ports, according to Eurogal. Approximately 1m tonnes were exported by rail during this period, and 600,000 tonnes via trucks.