Zero-carbon fuel readiness on the rise but challenges remain


Methanol is making headway as an alternative fuel, according to the Lloyd's Register Maritime Decarbonisation Hub 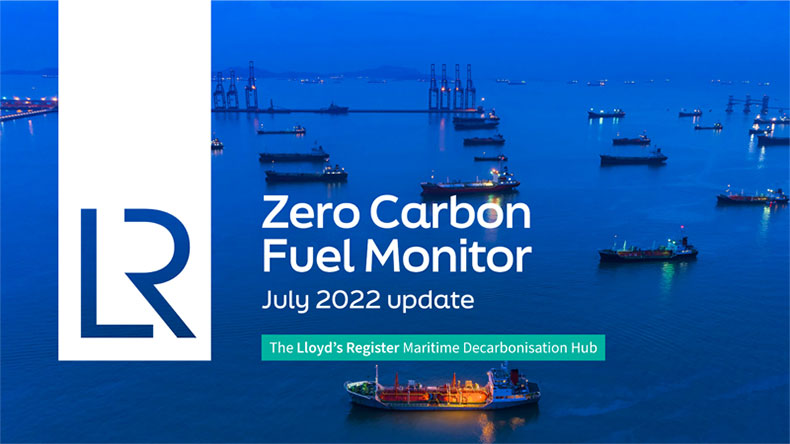 WHILE alternatives to fuel oil are gradually being developed, The Lloyd’s Register Maritime Decarbonisation Hub’s Zero-Carbon Fuel Monitor (The Monitor) has found they are at varying levels of readiness to meet the industry’s target zero-carbon fuels in 5% of the international shipping fuel mix by 2030.

That target is the key near-term milestone for the shipping industry’s Race to Zero breakthrough.

The Hub’s research July 2022 report indicates readiness has risen for methanol, ammonia and hydrogen across many supply chain stages compared with the end of 2021.

Readiness levels are appraised from the perspectives of technology, investment and community. The assessment was carried out across the end-to-end fuel supply chain, divided into five stages — resources, production, bunkering, onboard storage and propulsion.

In December 2021, The Monitor assessed the technological readiness of resources for ammonia, hydrogen and methanol based on natural gas as level 3; that went up to level 4 in June 2022.

This year, Maersk Line, X-press Feeders and AAL Shipping have ordered a total of 26 ships that can be methanol-powered, adding momentum to the push for methanol bunkering.

However, technology readiness for bio-methanol production remains far from ideal. Bio-methanol facilities announced in the past six months are either not expected to be used to produce marine fuels or are too small in scale to be capable of producing incidental fuel for small fleets such as those announced in Maersk’s agreements with fuel producers.

The relatively lower community readiness for ammonia and hydrogen fuels, particularly where bunkering and use on board ship were concerned, was attributed to a lack of clarity on long-term sustainability of the fuels and technologies used to make them. Thus, there is a need for more lifecycle analysis of the environmental and socio-economic impact of the fuels. Standards and regulations are also required.

In particular, ammonia can be toxic in the water and the effects of ammonia spills on the ocean ecosystem are still being evaluated.

The environmental impact of ocean leakage therefore needs to be identified to boost community readiness for ammonia as ship fuel. According to The Monitor, the effects of an ammonia spill in various areas should be studied and mitigation measures implemented to reduce the risks of a spill. The clean-up or treatment of water where there has been a fuel spill should also be studied.

In its update, The Monitor concludes that efforts need to be stepped up to make an impact on fuel readiness. This includes developments such as electrolysers for hydrogen, direct air capture for renewable fuels, carbon capture and storage.

Dover on track for net-zero carbon by 2025

The five steps to zero-carbon shipping