Three Russia-loaded tankers sail to US 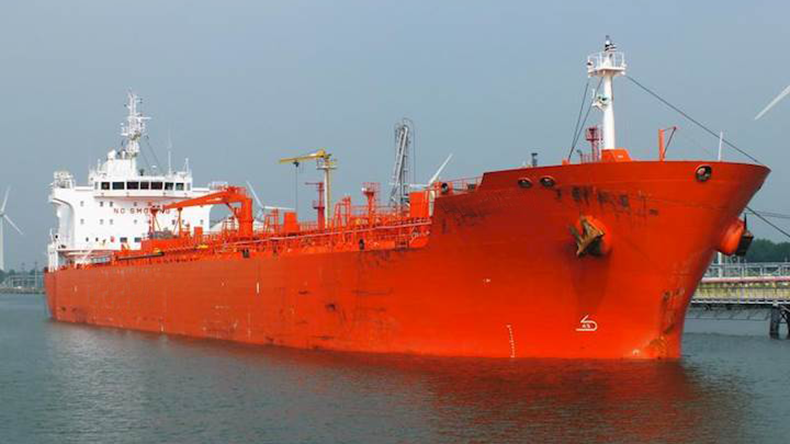 Source: Lloyd’s List Intelligence Isolde is now at NGL Energy’s terminal in the Elizabeth River, after arriving on August 15.

A GREEK-owned chemical tanker, which loaded at the Black Sea Russian port of Novorossiysk and began discharging its cargo at a Chesapeake terminal on the US east coast, was understood to be carrying a cargo of urea ammonia nitrate.

It loaded at Chernomortransneft’s Sheskharis oil terminal at Novorossiysk on July 23, and sailed transatlantic for the US east coast, indicating it was laden.

There is no suggestion that the tanker has breached US sanctions, which have banned Russia-origin oil from arriving in America since June.

A further two handymax tankers containing veg oil cargoes from St Petersburg are also sailing for the US, underscoring difficulties for regulators and shipowners across Europe, North America and the UK to comply with sanctions and understand risk amid an evolving patchwork of regulations imposed on Russian commodities.

Daytona, which is owned by George Economou-controlled TMS Tankers, had quickly supplied all certificates of origin and documentation proving that the cargo did not fall foul of Russian restrictions. However, it took four days for officials to complete checks and allow unloading to start.

Daytona’s temporary detainment reflected the stringency of US sanctions against Russia, but also underscored the difficulty of enforcing the restrictions for local officials required to unravel complex trading histories.

US sanctions prohibit imports of “crude oil, petroleum fuels, oils, and products of their distillation, liquefied natural gas, coal and coal products”, according to the US Treasury Department.

“Other forms of energy” are not banned, even if they transit through or depart from Russia, guidance shows.

The Isolde’s ownership changed to Eastern Mediterranean Maritime, known as Eastmed, in May and the vessel was renamed Ladybug, Lloyd’s List Intelligence data shows.

The Sheskharis oil terminal where Ladybug loaded is owned by a subsidiary of Transneft and linked to pipelines from Azerbaijan, Kazakhstan and Siberia.

The cargo was not crude or refined products, according to a spokesman from Eastmed, who declined to be identified or provide further information. He said he would not confirm the cargo’s origin.

Commodities analytics provider Kpler said the cargo was UAN and as fertiliser, not subject to sanctions.

The two handymax tankers that loaded at an oil terminal at the Baltic port of St Petersburg are also sailing to the US, with one shortly arriving at Corpus Christi.

Registered owner Champion Shipping, based in Bergen, Norway, is “one of the main players in the veg oil trade”, according to its website.

This article was updated on August 19 to correct earlier reporting that the vessel changed its name back to Isolde after arriving at Chesapeake, based on information provided by Lloyd’s List Intelligence which has been reviewed and corrected, and add cargo content, as provided by Kpler