The Lloyd’s List Podcast: How shipping is managing the risk of lifting Ukraine grain

The deal to allow the safe transport of grain out of the Ukraine by sea is an unprecedented agreement between enemy combatants, but it is still a work in progress and the list of potential risks that could yet scupper it are long. This week we talk to war risk expert and head of marine and aviation at the Lloyd’s Market Association Neil Roberts about the insurance hurdles yet to be overcome. And we talk to Anna Biliuga, an agent for Eurogal Services, which acts as Lloyd’s agents inside Odesa, for a personal take on how the grain deal will play out on the dockside 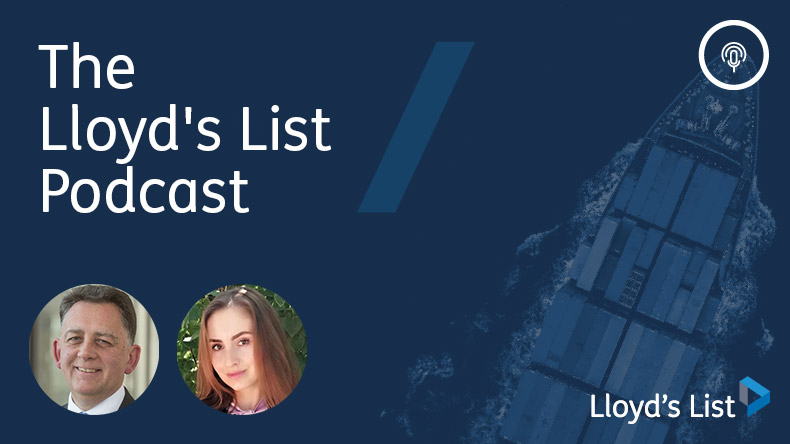 BY the time you listen this week’s edition of the podcast, there is every possibility that at least one bulk carrier will have exited the Ukranian port of Chornomorsk.

That shipment will be a test run, both in terms of the logistics and security challenges that lie ahead for getting ships out of a war zone, but also in terms of the political trust required on all sides.

The deal to allow the safe transport of grain out of Ukraine by sea is a pretty extraordinary and unprecedented agreement between enemy combatants.

But it is still a work in progress and the list of potential risks that could yet scupper it are long.

The logistics of getting the staff and fuel needed to restart operations at the ports are not going be solved overnight, but that’s the easy bit.

More significantly, the insurers are yet to see the details they need to get ships moving beyond this first symbolic movement of ships that are effectively taking place to install some trust that it is safe for bulkers to operate in Ukraine.

Only then will we see operations slowly restarting and grain liftings in Odesa and Yuzhnyi follow.

There’s approximately 25m tonnes of grain ready to be shipped from Ukrainian ports and time is against these operations to free up the silos for the fresh harvest and ensure limited rotting.

The UN’s World Food Programme is taking the lead on the initial shipments at least, with the large quantities of these volumes destined for sub-Saharan African countries that have struggled importing food at such high prices.

We also expect high volumes to head to China and South Korea — which is going to add some tonne miles to the equation.

But before we can start calculating he impact on freight rates for shipping there’s a lot of politics and detail to get through.

So this week we delve a little more deeply into the insurance situation that will realistically make or break this deal, and we called on the expertise of Neil Roberts, head of marine and aviation at the Lloyd’s Market Association.

We also have a unique view of the situation from inside Odesa, via Anna Biliuga, an agent for Eurogal Services, which acts as Lloyd’s agents inside Odesa. Anna has been regularly keeping the industry informed of vital developments from inside Ukraine since the outbreak of war and Lloyd’s List Editor Richard Meade caught up with her this week and asked her to offer an insiders’ view of what’s happening behind the headlines.

The Lloyd’s List Podcast: It is time to take another look at recycling

The Lloyd’s List Podcast: Fire, fraud and murder on the high seas