Don’t be (quite so) cynical about ESG

Do it because you clients want it and because your bankers demand it. And most of all, because it’s the right thing to do 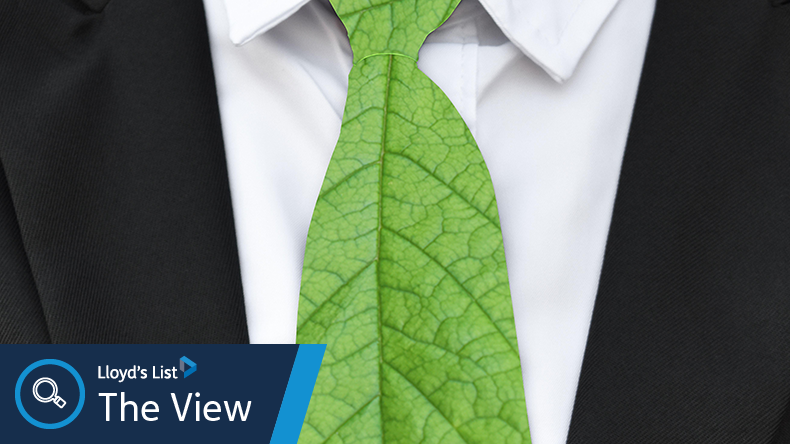 Source: banphote kamolsanei / Alamy Stock Photo Once the regulatory specifications are in place, there is a green shipbuilding boom waiting to happen by the latter half of the 2020s at the latest.

THE mere mention of the words “environmental, social and governance criteria” is enough to elicit a knowing eye-roll and perhaps a muttered cuss word or two from the more world-weary shipping industry chief executive.

After all, it is simplicity itself to pay lip service to the notion of what is commonly abbreviated to ESG. Presented with a checklist, the natural human tendency is to devise easy ways to tick the boxes, and get on with something more lucrative, or at least more fun.

There is also a rearguard action from the old school, entirely convinced that everything has gone to pot since they started teaching that module on business ethics at Cass Business School.

Or Bayes Business School, as it has officially been known since last year, on account of Stuart-era merchant Sir John Cass’s association with the slave trade. The rebrand itself underlines the point that what was acceptable until the recent past is no longer acceptable now.

A more reasoned critique may have it that while alignment with ESG targets is the price of the entry ticket for doing business these days, it’s little more than a catch-all gimmick that allows marketing departments to pump out more hot air than their company claims to be reducing.

The survey scored 52 publicly listed shipping entities for environmental disclosure, the quality of corporate governance and board independence.

The latter two are intangibles, and thus can only be measured subjectively. But Webber is to be commended for at least taking a stab at this project.

Webber was critical of companies that allow entities owned by their senior management to skim off fees at many points in the business model, ending up tens of millions of dollars to the good despite the operator itself posting nine figure losses. Worryingly, nine of the 52 offered no carbon disclosure at all.

A fair summary of the findings is that while some listed shipping companies are doing well, the majority could be doing better.

But note that the sample of necessity concentrated on just a handful of the thousands of shipping companies in the world today.

The likelihood is that ESG standards at smaller and often family-run concerns will be less developed than they are at larger players.

There seems little point in demanding diversity when everybody knows that the fleet will be inherited by the children, which nine times out of ten still means the sons.

Nevertheless, shipping does need to take notice of ESG. The public wants it, and the shippers want it, especially where they are consumer-facing. And if that doesn’t sway the argument for you, the bankers almost certainly want it too.

The advent of the Poseidon Principles and the Net Zero Banking Alliance means that major lenders are increasingly linking loans to environmental goals. CO2 emissions now serve as a proxy, and perhaps the best proxy available, for overall ESG compliance.

Right now, owners are making good money and holding back on orders, so the fact that the amount of available shipping debt is at a record low is not making as many headlines as it otherwise would.

But a veritable alphabetti spaghetti of regulatory requirements, from EEXI and CII to EU ETS, is rapidly coming over the hill, and an even bigger bill is in the post.

That chances that the International Maritime Organization will upgrade its greenhouse gas target from the current lamentable 50% reduction by 2050 to full net zero are rapidly approaching certainty.

Once the regulatory specifications are in place, there is a green shipbuilding boom waiting to happen by the latter half of the 2020s at the latest.

If the banks move to “well-to-wake” measurements, which take in the entire process of fuel production, delivery and use, purse strings will start to tighten. For lenders with exposure to LNG shipping, let’s just say that the discussions are going to be particularly interesting. At that point, where your company sits on the emissions curve will start to matter.

We have, you will notice, focused almost entirely on the E, rather than the S or the G. But that is where the action is, at least so far.

On some reckonings, 2022 is on course to be the worst-ever year for seafarer abandonment, with one shipowner recently dismissing the demand that his crew should be paid after 32 months without wages with the words: “Why should I pay them? They treat this ship like a hotel.” Clearly, the social component of ESG still has some way to go.

We do not wish to fall for the old error of making the perfect the enemy of the good. But there is a real risk is that ostensible ESG observance — if the present situation even merits the label — will obscure the level of change that needs to happen.

It could also undermine the best efforts of those willing to front up evidence for their claims, rather than resort to greenwashing and the cynical deployment of statistics by way of smokescreen.

The question of what is pragmatic and achievable — as opposed to idealistic but sadly overambitious — is a live debate for the entire supply chain. So try saying ESG with a smile on your face.