Inbound sailings to Black Sea ports are up 16% on pre-invasion levels, but some shipowners are more affected by the war than others 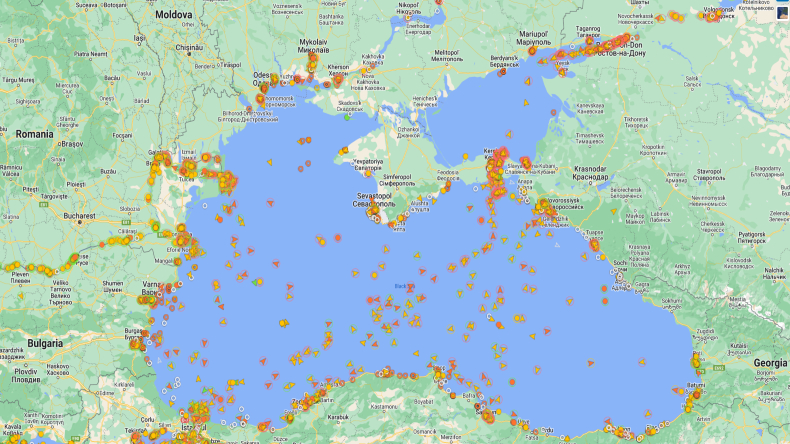 Georgia and Ukraine are the only countries whose ports have recorded a fall in inbound sailings, largely due to the closure of Ukraine’s major terminals by Russian blockades. Nevertheless, port calls have been rising since April as its Danube ports increase capacity.

Seaborne trade has increased in Moldova and Romania, in part because of their role in moving supplies into and out of Ukraine.

Russia has also seen growth in ship arrivals, despite businesses deciding to cut ties with the country and a raft of sanctions from western governments.

But sanctions have altered the ownership patterns of vessels calling at Black Sea terminals.

Ships owned by companies based in Japan, Hong Kong, Singapore, Italy, the United Kingdom and Germany have limited their calls to Russia.

German-owned vessels, for example, recorded 68 arrivals in the first quarter, dropping to just four in the three months that followed.

Three bulk carriers called at Taman and Tuapse in April while one product tanker landed in Novorossiysk in June. All the vessels were flagged to Liberia at the time of arrival.

Not all European owners have felt the same compunction to avoid the region, however.

Shipowners from Greece, Switzerland and the Netherlands have all increased exposure to above pre-invasion levels.

Greek-owned tankers have stepped in to lift Russian-origin cargoes to fill the gap left by European and US companies that have terminated relationships with Russian entities.

Meanwhile, the pattern of trading across the Black Sea has also changed since the outbreak of the conflict in Ukraine.

Black Sea port calls from European and Asian-owned vessels are sharply down, driven by a decrease in trade with both Russia and Ukraine,  as the conflict, sanctions and operational challenges all take their toll.

Other shipowners, however, have stepped up to facilitate alternative trade routes that have emerged since the outbreak of the war.

The Romanian fleet, for example, has increased calls to Ukraine’s operating ports along the Danube as well as Turkey.

Lebanon-owned ships, on the other hand, are sailing more often to Romania, Russia and Turkey. Ships with beneficial owners based in Lebanon recorded 128 arrivals during the first quarter, growing to 185 over the next three months.

The Turkish fleet, which accounted for nearly 25% of all Black Sea port calls in the second quarter, has also seen a bump in activity. Turkey-owned ships logged 2,593 arrivals between April and June.

The fleet has seen more calls to every country that borders the Black Sea, except for Ukraine. The most significant growth is in Moldova and Romania.