Is China’s potential coal ban lifting all that bearish for dry bulk shipping? 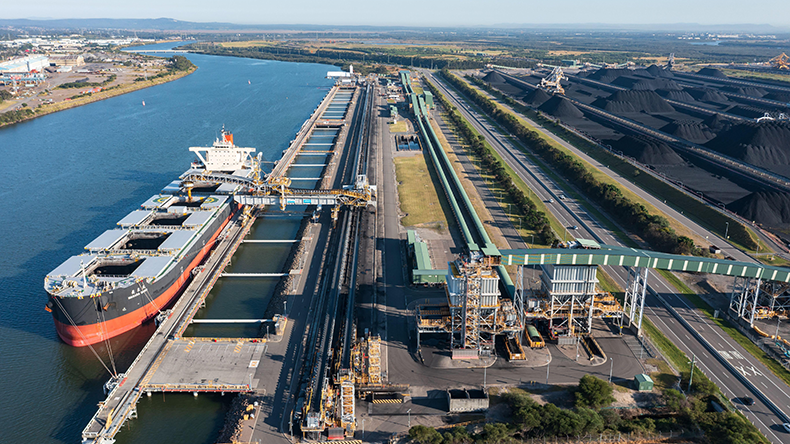 THERE are differing opinions about the potential impact to dry bulk shipping from any easing by China of its ban on Australian coal.

Beijing has been importing less as domestic production rises and stockpiles are high. However, other sourcing from further afield has lifted tonne miles.

Some reports suggest relations between the two sides is thawing following the new government in Canberra since May.

Foreign affairs minister Penny Wong met her Chinese counterpart Wang Yi during the Group of 20 conference in Bali this month amid a Bloomberg report that China was considering overturning its ban on Australian coal imports.

Power shortages show the need for seaborne imports as domestic prices of thermal coal have reached a 10-year high. But with limited options from which to source the raw material, lifting the ban on Australian coal would be an easy solution

The meeting was described as a first step towards resetting the antagonistic relationship.

China had imposed the ban on coal and other commodities including barley, beef and wine towards the end of 2020 in response to Canberra calling for an official investigation into the origins of the coronavirus outbreak.

Dozens of bulkers were caught out in the crosshairs of the political spat unable to discharge, staying in anchorage off China for months or redirecting to other customers.

The ban was initially seen as largely positive for the dry bulk market as China diversified its sources to further afield such as South Africa, while Australian coal was travelling further to places like Japan and India.

Harry Grimes, a research analyst at Arrow Shipbroking, said the latest move was an attempt to secure coal supplies to avoid power shortages ahead of the peak summer demand, but that did not mean strong demand for imports, as domestic supply was up 11% during the first half of the year, stocks were at healthy levels, and hydro production was also stable.

A lifting of the ban would not have a major impact on the dry bulk market, though it would increase competition for seaborne supplies, which was already very tight, pushing coal prices higher, he said.

Indonesia is the second-largest source for Indian coal imports, with 12.6m tonnes, accounting for a 30.3% share

China’s coal imports have been weak so far this year, dropping by 17.5% to 115m tonnes in the first half of this year versus the same period in 2021, as domestic supplies were cheaper.

“While Chinese coal import demand may bounce higher as economic growth picks up later this year, high domestic output will likely tame a sharp growth in imports,” he added.

The lifting of the ban would be negative for tonne-mile demand as Australian coal has been heading to Europe ahead of the region’s ban on Russian supplies from next month. Alternatively, tonne-miles would get a boost if a reversal of the ban takes effect as the biggest share of Australian coal was substituted by Indonesia, according to Klaveness.

Since Chinese port stockpiles are at already high levels, any increase is expected in Australian volumes could be seen in the fourth quarter when restocking traditionally ends, it said.

A shipbroker in Singapore said if China starts buying Australian coal, it could help boost cargo demand and time charters for ship operators. At present, panamax rates are still quite depressed.

However, one coal trader speaking anonymously said he did not think that demand from China would jump immediately after the lifting of the ban, with small quantities traded first. It would take some time to return to pre-ban trading levels.

Banchero Costa’s head of research Ralph Leszczynski questioned the view that lifting the ban will have an adverse impact on the dry bulk market.

“It is true that the ban has distorted trade patterns, but the impact on tonne miles has not been as significant as people believe,” he said.

Most of the coal used by China to replace imports from Australian has actually been shipped from places in relatively short distance, such as Indonesia and Russia’s Vladivostok port in the Far East, or comes via land-side transport in Mongolia.

While Australia lost the biggest buyer for its coal, China has had to pay higher prices to other suppliers such as Indonesia, which have gained more monopoly power, or sustained more freight costs for the imports from more distant sources in the US, South Africa and Mozambique, said Mr Leszczynski.

Therefore, the new Australian government is providing an opportunity to reset the political ties between Beijing and Canberra, which will benefit both sides.

“If Australian coal is again allowed to compete for the Chinese market, it could help cool off coal prices in China and actually help boost overall seaborne imports into the country, which would be positive for shipping,” he said.

With additional reporting by Megawati Wijaya and Xin Chen