Spot rates normally head upwards at the start of the peak season as demand increases. But high inflation is taking its toll and the outlook remains uncertain 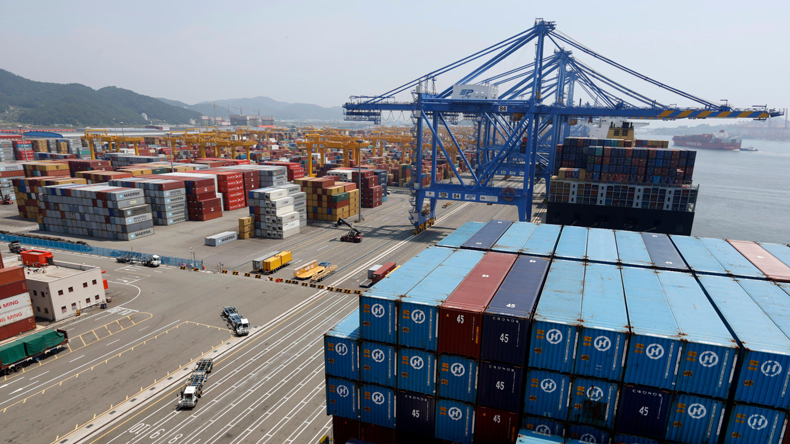 Source: Reuters / Alamy Stock Photo Box freight rates have fallen by a fifth since they peaked.

CONTAINER spot freight rates continued to ease this week as macroeconomics and geopolitics cloud the outlook for the second half of the year.

The Shanghai Containerised Freight Index fell back 1.7% and now stands at over a fifth lower than it did at its peak in January.

The comprehensive index moved back to 4,074 points, a level not seen since this time in the past year.

The decline in spot rates comes at a time of year when rates usually start to pick up again as demand builds during the traditional peak season.

Figures from Container Trades Statistics indicate demand is continuing to ease. May volume figures, the latest for which data is available, show liftings were down 2.8% when compared to May 2021, although the numbers were up on April.

The global market continued to reflect a “softening of overall demand”, CTS said. But it added that this was yet to be fully reflected in rates due to continued supply chain congestion.

“European ports are beginning to reflect similar congestion issues caused by strikes or labour shortages. While these issues persist, volume declines are not being reflected in the Global Price Index. The pressures on freight rates are likely to continue for the foreseeable future.”

With inflation rates now running at close to 10% in major consuming economies, and with continued uncertainty caused by the war in Ukraine, it remains to be seen whether lower demand will lead to further falls in rates or whether snarled up supply chains will conspire to keep them at their still elevated levels.