With its major ports out of commission, Ukraine has turned to its small Danube ports to keep goods flowing. The influx of ships has led to severe congestion outside the Sulina Canal, where over 140 vessels are currently waiting, according to Lloyd’s List Intelligence data 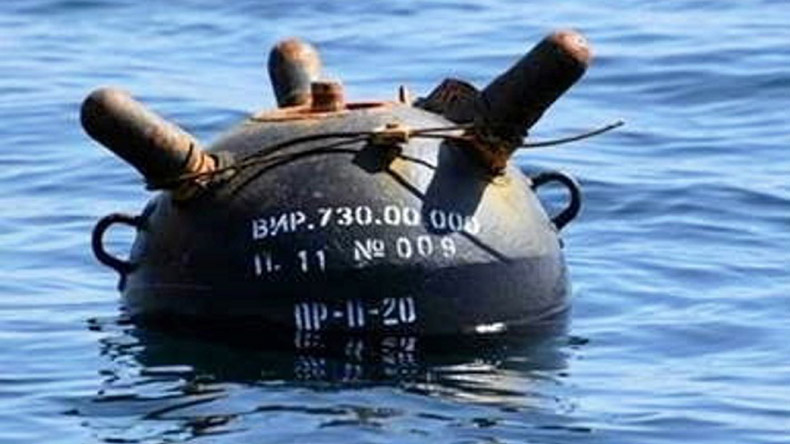 Source: London P&I Club Ukrainian diplomats report that fundamental security concerns regarding widespread mining and the threat posed by Russian warships are yet to be addressed.

THE prospect of an imminent political breakthrough in high-level talks to open a safe shipping corridor that would restart Ukrainian grain exports hangs in the balance amid accusations of stolen grain, seized ships and widespread mining of key Black Sea areas.

Despite statements from Italian prime minister Mario Draghi, who hinted on Tuesday that a breakthrough could be close, and Turkish president Recep Tayyip Erdoğan who stated on Wednesday he intends to intensify negotiations with Russia and Ukraine within the next week, the UN-led negotiations to restart Ukrainian grain exports are said to be faltering.

A plan is under discussion that would open up blocked Ukrainian ports for ships loaded with grain, potentially without the need to de-mine the waters in the area if the right independent security guarantees are in place policed by third-party states.

However, Ukrainian diplomats report that fundamental security concerns regarding widespread mining and the threat posed by Russian warships are yet to be addressed, while Moscow’s insistence on tying negotiation to Western sanctions being lifted are preventing talks from progressing.

Ukraine’s deputy permanent representative to the International Maritime Organization, Yevgen Lisuchenko, told Lloyd’s List he remained sceptical about any plan emerging quickly, saying that the minesweeping operations alone would take several weeks even if a political breakthrough could be found.

Ukraine’s only operating ports — Reni, Izmail and Kiliia — have a vital role to play in facilitating international trade. They are limited by insufficient investment and inadequate infrastructure

Meanwhile, a dispute over the status of a Russian cargoship alleged to be involved in shipping stolen Ukrainian grain has further soured talks.

The Ukrainian government claims Russia is using the Russian-occupied port of Berdyansk to export stolen grain, alleging the general cargo ship Zhibek Zholy (IMO: 9598880) loaded there before heading to Turkey.

Russia’s foreign ministry said on Wednesday that reports the Russia-flagged ship was detained in the Turkish port of Karasu on suspicion of carrying stolen Ukrainian grain were false, saying that the 7,146 dwt vessel was “undergoing standard procedures”.

The arrival of allegedly stolen Ukrainian grain in Turkey, which has offered security guarantees for any corridor created, creates a problem for the Turkish authorities.

Turkey is widely seen as being a key state in agreeing any security arrangements for the proposed corridor, but its involvement in allegations of grain theft shipments leaves Turkish authorities with a difficult investigation.

The case of the Zhibek Zholy has already been escalated by the Russian side, which used a regular press briefing by Russia's minister of foreign affairs Sergey Lavrov to set out its position on July 6. Mr Lavrov told reporters that the freight was registered under a legitimate contract between Estonia and Turkey before adding that any block to the corridor negotiations lay with Ukraine, not Russia.

“We have repeatedly set forth our position on the grain problem — any attempts to create a crisis are unacceptable. The problems with the export of our grain and fertiliser do not exist with the exception of the difficulties created by Western sanctions. They imposed illegal restrictions on freight, payments for entry in ports and the like.

“Grain is stuck in Ukrainian ports because President Vladimir Zelensky and his team are refusing to demine the territorial waters that Ukraine had mined itself.”

Ukrainian concerns regarding vessel safety and security were also further exacerbated this week when separatists in Ukraine’s breakaway Donetsk People’s Republic formally moved on July 1 to nationalise some of the vessels trapped in Mariupol.

Liberia-flagged Smarta (IMO: 9396567) and Panama-flagged Blue Star I (IMO: 9375159) have both been seized by the self-proclaimed Donetsk People’s Republic. Letters sent to the owners of both vessels and verified by Lloyd’s List as authentic, set out the “forcible appropriation of movable property with forced conversion into state property”.

Smarta was boarded by Russian forces in Mariupol in February after the vessel had been shelled and damaged by fighting and the crew were removed and transported to Donetsk.

Liberia flag officials told Lloyd’s List that they were in communication with the relevant authorities and considering whether a formal protest via the International Maritime Organization was going to be made.

While the disputes over individual vessels are not directly linked to the wider negotiations over a safe corridor, diplomats argue that the fate of these vessels is colouring already sensitive talks.

A reopening of Ukraine’s major ports would help support bulker demand, which had softened due to vastly lower export quantities, estimated at some 20m tonnes.

Outbound sailings of bulk carriers and general cargo vessels from Ukraine plummeted 95% in the immediate aftermath of the invasion by Russia on February 24, according to Lloyd’s List Intelligence data.

There were 410 departures of these ships, which typically lift grain and bulk commodities, in February. That dropped to just 21 in March as Odessa and Mykolaiv, from where a significant amount of grain is exported, were in effect blockaded by Russia.

During the first six months of 2021, these Black Sea ports combined saw 1,330 outbound departures. That compares with 210 over the same period this year, the data shows, with no sailings after February as ports were shut amid the incursion.

Ukraine’s recent recapture of Snake Island, which was taken by Russia on the first day of its invasion, is one step towards opening up sea routes to and from Odessa and Mykolaiv.

The island, located near the Danube Delta, had given Russia control of the northwestern Black Sea and enabled the blockade of Ukraine’s ports, in particular Odessa.

But the loss of Snake Island means that Russia, which claims the retreat was a gesture of goodwill, has forfeited an important strategic position, according to media reports.

The onus is now on Ukraine and its allies to ensure a safe grain corridor.

Ukraine’s ability to trade has been severely hampered by the absence of a safe sea route.

Commercial activity in and out of Ukraine’s ports subject to the blockade has been non-existent since the war broke out. However, it has been difficult to track activity as most vessels turn off their automatic identification system given the dangerous circumstances.

The port of Berdyansk was captured by Russia on February 27.

With its major ports out of commission, Ukraine has turned to its small Danube ports to keep goods flowing.

The ports of Izmail, Reni and Kiliya have boosted capacity to record levels. In June the combined ports recorded 223 departures, over 10 times more than last year.

The influx of ships has led to severe congestion outside the Sulina Canal, where over 140 vessels are currently waiting, according to Lloyd’s List Intelligence data.

The jump in cargo being handled by the Danube ports has helped make up for the grain shortfall, but it is only a dent in what Ukraine normally handles.

In terms of dwt, departures from the Danube ports in the second quarter are about 6% of what left Ukraine during the same period in 2021.

A safe corridor to Odessa and Mykolaiv would significantly increase seaborne grain trade, but also help to alleviate the strain at the Danube ports which are operating flat-out.

Meanwhile, the US Department of Agriculture has waded in, saying that it has signed a memorandum of understanding to help rebuild Ukraine’s agricultural sector.