Case dismissed on grounds of time bar, but Mr Justice Baker vindicates claimants’ version of events and describes conduct of defendants as ‘mighty oak of wrongdoing’ 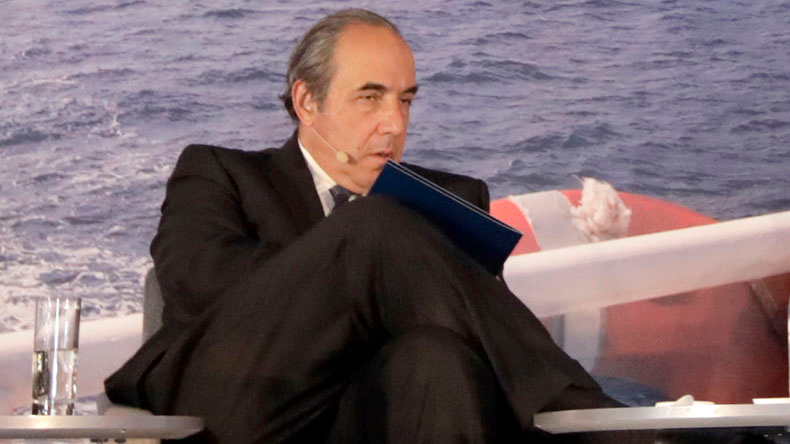 A COMPANY controlled by Nikolaos Livanos was the victim of forward freight agreement fraud totalling $32m largely perpetrated by a junior trader at a company controlled by his second cousin Peter Livanos, the High Court in London has ruled.

However, the claim was dismissed on grounds of a time bar as the incidents took place between May 2007 and November 2008.

The Nikoloas Livanos camp is highlighting the decision as a vindication of its version of events, in the wake of sometimes acrimonious arguments within the influential Greek shipping clan.

The 150-page judgment in Kyla Shipping & Others v Freight Trading Ltd & Others centres on the period before the global financial crisis, when the shipping industry was reaching the climax of an unprecedented boom.

At this time, Peter Livanos’ C Transport advised Nikolaos Livanos’ Kyla Shipping on trading forward freight agreements, a futures instrument that was popular at the time, although it subsequently transpired that the FFA market was open to manipulation.

Kyla relied on CTM’s expertise to arrange and manage a discretionary FFA portfolio. C Transport used its Freight Trading Ltd affiliate — known as FTL — to front for Kyla in the market.

Kyla concluded one leg of each FFA trade with FTL, understanding FTL to have concluded a matching trade, at the same price less a $500 per day fronting fee, with an FFA market counterparty.

SHANGHAI Zhenhua has challenged Athens-based Kyla Shipping’s Rule B seizure of the semi-submersible heavylift vessel in Alabama on the grounds that Kyla has not successfully established the defendant company’s ownership over the sistership hat started the dispute, writes Rajesh Joshi in New York.

In fact, C Transport was overcharging Kyla through price mark-ups between the two legs and offloading FTL’s own out-of-the-money trades onto Kyla and arranging overpriced unmatched trades to recoup its own losses.

Many of the trades were conducted by C Transport’s junior trader Luigi Cafiero, named individually as a defendant. There was no internal C Transport  trading policy on issues such as volume, risk strategy or stop loss.

Mr Justice Baker said there was “no serious effort to supervise or control Mr Cafiero’s trading activity”, and he was “essentially left to get on with it”.

From June 2007, Mr Cafiero no longer traded as loyal agent for Kyla and began not only to mark up the margins charged to Kyla, but also to offload loss-making FTL trades onto Kyla.

Nikolaos Livanos did not regularly monitor the portfolio, instead completely trusting C Transport to do so on his behalf.

The crunch came when FTL suffered a major reversal of fortune in the volatile markets of early 2008, largely because it held on to long positions.

Mr Cafiero misread the market, for example, buying back positions at the top of the market in early June 2008 for a $5.5m loss. Had he held on for two more days, the mark-to-market losses on his shorts would have been almost eliminated.

Mr Cafiero then arranged overpriced trades for Kyla to try to recoup the loss. By the time of the market freefall that followed the collapse of Lehman Brothers in September 2008, Nikolaos Livanos was facing losses of over $30m, which he repaid in full.

In 2018, an unrelated dispute arose between Nikolaos Livanos and a company that controlled a minority stake in Kyla, controlled by Peter Livanos, Yannis Haramis and another Livanos cousin, Adamantios Lemos.

In the course of the dispute, Mr Haramis suggested that FTL had treated Nikolaos Livanos leniently in 2008 by giving him time he needed to repay his FFA losses.

This prompted Nikolaos Livanos to engage an FFA analyst to scrutinise the historic trades. The analyst found there was substantial mispricing, causing Kyla to commence High Court proceedings.

Mr Justice Baker’s ruling substantially supported Nikolaos Livanos’s case, describing him as the victim of “a mighty oak of wrongdoing”.

He was also scathing of the defendant’s witnesses, particularly the testimony of Mr Cafiero. “The explanations, mostly proffered by Mr Cafiero in a bravura performance of brazen inventiveness in the witness box, were not at all convincing,” he said, adding Nikolaos Livanos was an “engaging, careful, compelling and honest” witness.

Mr Justice Baker identified Mr Cafiero’s motive as being “to improve FTL’s financial position and, latterly, to avoid blame for lossmaking trading decisions by shifting loss from FTL to Kyla”.

However, the defendants were able to rely on a time bar defence, because under English law, the time bar for fraud claims runs from when the claimant discovers fraud “or could with reasonable diligence have discovered it”.

“For this judgment, all that matters is that s.32 of the Limitation Act 1980 does not give licence to choose to have no care for what went wrong when a company's business has been so badly hit and then rely on ignorance that having a care might have avoided when trying to pursue a prima facie stale claim,” Mr Justice Baker said.

Kyla should have investigated the losses, given their magnitude. Had it done so, it would have been able to bring the claim a decade earlier.

“It is extremely saddening that this was done by my extended family’s companies and employees right under the noses of more senior people,” Nikolaos Livanos said in a statement issued through his solicitors. “The fact that all the defendants fought this case tooth and nail, and refused to admit the fraud, even when presented with the clearest evidence, and gave evidence to support a case that was clearly dishonest, gives me no encouragement.

“I am pleased to say that Kyla has come out strong from this while justice has prevailed.”

Mr Cafiero, who now works for Chrystal Maritime Services in London, said in an email to Lloyd’s List: “I will not make any comments on this matter.”

The judge refused Nikolaos Livanos permission to appeal his finding in respect of the time bar. Nikolaos Livanos has until July 22 to decide whether to apply directly to the Court of Appeal.