Shipping’s long ‘Do Svidaniya’ is proving harder than expected

Breaking up is hard to do. Especially when it’s with Russia

In a multipolar world, the rest don’t have to follow the demands of the west. Shipping is a case in point 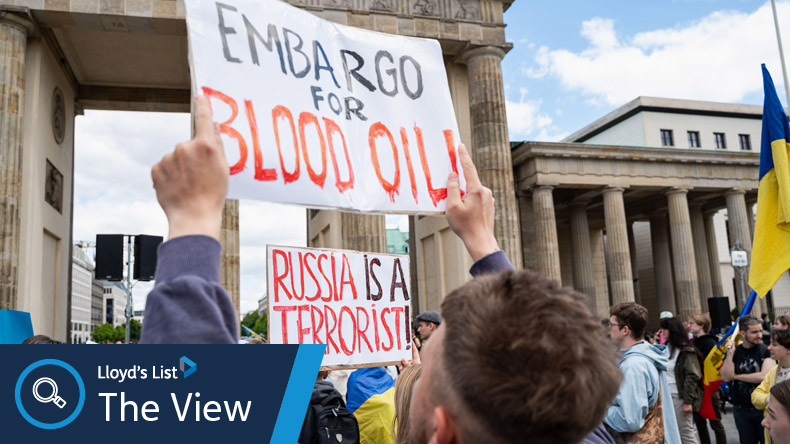 Source: Olaf Schuelke / Alamy Stock Photo The reality is that, despite the reputational risk, not everyone is rushing to exit Russian business.

THE Classical Realist school of international relations scholars, who constitute the small-c conservative core of the discipline, have long argued that the bipolar confrontation of the Cold War has been replaced by an international system of multipolarity.

Stripped of the jargon, this largely means that countries aren’t forced to pick sides between the US and its allies on one hand and the USSR (as was) and its allies on the other, as they had to until 30 years ago.

If the West decides to sanction Russia on account of its invasion of Ukraine, there is no compelling reason for the Rest to get automatically in line. And what is happening in shipping right now proves the point.

Take, for example, classification societies, who tend to be sensitive beasts, their very DNA attuned to avoiding risk.

In March, Lloyd’s Register led the classification sector with a pledge to “disengage from the provision of all services to Russian owned, controlled or managed assets or companies”.

It was inevitable that DNV would follow suit and indeed they started “to wind down all business with Russian entities and operations in Russia”.

Others tried to buy time by issuing woolly “all options are open” statements, but once class umbrella body IACS had expelled the Russian Maritime Register of Shipping and the European Union had sanctioned the latter, it became clear that class was a political tool whether they liked it or not.

But as with other elements of the sanctions regime, the process proved more complex than initial statements suggested, and the lack of international consensus is now proving to be a divisive sticking point.

We don’t have a world government, however fondly the Group of Seven leaders imagine they constitute one. Both China and India have welcomed Russian business, despite the protestations of Washington, London and Brussels.

That is completely in line with Realpolitik, the founding doctrine beloved of the Classical Realists.

When the Indian Register quietly decided to buck the trend and accept an influx of Russian tonnage courtesy of Sovcomflot, after it was shunned by other societies, there was no mechanism to stop them.

Their initial disingenuous defence that they had not taken on Russian tonnage was, of course, ludicrous. The thinly veiled shift of Sovcomflot ships to a Dubai accommodation address did little to mask the beneficial ownership, but that was not the point.

As the Indian Register itself has pointed out, sanctions against Russia are not internationally agreed. The vast majority of governments, including theirs, have imposed no restrictions on Russia.

Just as the Polish Register of Shipping found itself free to class Iranian tankers in the face of US sanctions if it so wished, there is no impediment to the Indian Register legitimately classing Russian tonnage.

And what about those societies who were so quick to publicly distance themselves from Russian business? Well, let’s just say that most still have Russian clients.

Withdrawing class from sanctioned entities was easy enough, and if a vessel was deregistered by flag, then there was no problem in class severing ties.

Beyond that, the contractual position of class becomes a greyer, more risky area. Proving Russian links amid an increasingly opaque network of ownership, designed for obfuscatory purposes, has left most societies hamstrung by their own lawyers.

For class societies to unilaterally withdraw class generally takes six months’ notice anyway, so couldn’t have happened quickly in the best of circumstances.

Many didn’t even get to that stage. While the Italian society Rina has pledged not to take on any new Russian tonnage, they have maintained all their Russian business since the start of the war, with no hint of any move to withdraw.

Even within the EU, things have been stymied by legal and political complications.

Having directly sanctioned the Russian Maritime Register of Shipping as a state-owned enterprise subject to financing limitations, the EU has been unable to revoke its Recognised Organisation status within the European Maritime Safety Agency, on account of political sensitivities.

The reality is that, despite the reputational risk, not everyone is rushing to exit Russian business. That is either because they just don’t want to, or because it is proving to be a convoluted process to sever ties.

Shell never managed to offload its 28% holding in the Sakhalin-II gas and oil development in Russia’s Far East, and the Japanese partnerships tied up in the same project never even tried.

But Friday saw President Putin raise the stakes, with a decree that seizes full control of Sakhalin-II anyway.

The truth is that sanctions against Russia are not having the impact their architects presumably wished them to have. And so long as India and China are willing to buy Russian oil and gas in huge quantities, and so long as there are shipowners ready to accept the stems, they will not do so.

Henry Morgenthau and EH Carr, the founding fathers of Classical Realism, are both now long dead. But the theoretical framework they bequeathed us suggests they would not have been in the least surprised.