With many shipowners making more money than they can remember, and banks willing to cut margins to keep the business, it’s a buyer’s market and likely to remain so while good markets last 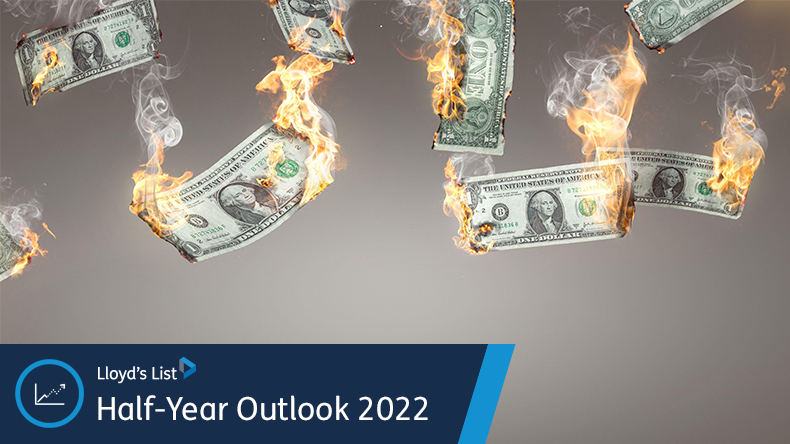 Source: photoschmidt / Alamy Stock Photo Margins on loans for leading names from the bigger ship finance banks have dropped from 2%-2.5% before to as little as 1.5% today.

SHIP finance is taking its cue from the robust health of most shipping markets — but that does not mean everyone is equally busy.

The increased financial wellbeing of shipowners in most of the main sectors of the industry has stimulated a renewed outpouring of love from the traditional banks that have hung around.

The shipping banking capacity that has been lost in Europe over what was a miserable decade for the industry may never be replaced in its entirety.

However, the banks that are left have been competing hard for business with highly-rated shipowners, who — generally speaking — are less needy of financing today than they have been for quite a few years.

This has put pressure on the margins that owners are willing to accept.

“You have a number of banks that have had good experiences over the past couple of years — and they are keen to do more,” says Anthony Zolotas, chief executive of Eurofin Group, a major ship finance adviser and arranger, active mainly from offices in London, Athens and Singapore.

“There is a lot of competition right now.”

According to Mr Zolotas — who this year celebrates 45 years’ experience in ship finance — margins on loans for leading names from the bigger ship finance banks have dropped from 2%-2.5% before to as little as 1.5% today, while even smaller owners in some cases have been able to ask — and get — below 2%.

While medium-sized and smaller owners remain at a disadvantage to the major outfits when it comes to borrowing, in some cases, domestic banking markets have filled some of the gap.

Nowhere is this more obvious than in the world’s largest shipowning market, Greece, says Mr Zolotas.

“Medium- and smaller-sized owners in Greece are very well catered-for at the moment by the Greek banks, which have been doing a lot of business in recent years — in fact, beyond what was thought to be their limit.”

One factor behind this is that Greek shipping does not face as intense competition from other sectors as is the case in some markets.

Between them, the four leading Greek banks now have a combined portfolio of well over $9bn.

“They are seen to be hungry for more and their margins have been dropping, too,” says Mr Zolotas.

The combination of owners in many cases building up their cash reserves and bank lending becoming cheaper has inevitably had an impact on a number of financing sources that flourished in the gap left by the withdrawal of many European lenders a few years ago.

The rate of deals being concluded by alternative financiers, in particular, has dropped noticeably, according to various financial sources.

“Owners today don’t have to pay 6%-8% when they can get cheaper money, so there is less interest in the so-called alternatives,” claims one finance executive.

The changing market has also served, to some extent, to reduce interest in Chinese leasing. It, too, has been losing ground because it is more expensive than normal bank finance.

“In fact, owners who have done sale-leasebacks earlier are now trying to refinance because they can get cheaper money,” says the executive.

“A lot of shipowners are cash-rich and do not believe they should be paying 3% for financing that was equivalent to 80% of the asset value but has now dropped to 50%.”

Despite this, Mr Zolotas believes that the overall trend is for the sources of ship finance to continue diversifying, to shipowners’ long-term advantage, and for Asian financiers to continue to spread beyond the continent and increase their market share.

Japan, for example, has provided various types of leasing and bareboat chartering alternatives — at least to the upper echelons of the shipowning community.

There will always be some traditional shipowners reluctant to consider any type of leasing, according to Mr Zolotas — but on the other hand, there are new options to consider.

For example, Japanese operating leases with call options (Jolcos), a staple of the aviation industry for many years, are now being “aggressively marketed” in shipping because investors were burned by the collapse of the aviation business due to the pandemic.

“They can be attractive under certain circumstances when there is strong security,” says Mr Zolotas.

“An ideal example would be an LNG carrier with a 10-year charter.”

Japanese banks, too, are venturing outside Japan, although deals are limited due to a cumbersome and lengthy approval process that calls to mind the first steps of Chinese banks in the European market a decade ago.

Overall, though, Mr Zolotas expects that a sustained good shipping market will encourage more Asian banks to come into the European ship finance market — albeit with gradual steps.

Taiwanese banks are “already a force to be reckoned with” and there are already all-Asian club deals being done for European owners.

By contrast, it has been noticeable that a couple of leading European ship finance lenders have recently closed their operations in Asia and retreated to European business.

For the time being, ship finance is seen as a buyer’s market — and this is likely to remain the case while good markets last.

This article is part of Lloyd's List's 'Half-year Outlook', available for subscribers to download as a PDF here

LNG: Winter of content ahead for traders as global energy crunch drives profits