Ocean Shipping Reform Act is a victory of rhetoric over reality

While US President Biden made big claims about the effect of the new shipping act, the reality of the legislation is a lot more prosaic 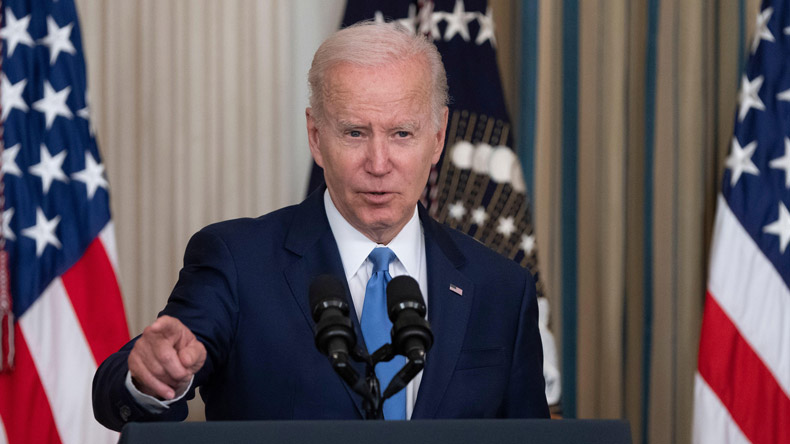 THE Ocean Shipping Reform Act 2022 has passed into law following its signing by US President Joe Biden, but its impact is likely to be far less than some of its supporters would hope.

Mr Biden said the act would “put a stop to shipping companies taking advantage of American families, farmers and businesses, and bring down prices to give the American people a bit of breathing room”.

He repeated the “big lie” that there were just nine carriers in three alliances serving the US, and used the jingoism playbook to point out that in an entirely free market no US company has succeeded in operating a global container line.

Instead, “foreign-owned” companies, which made a profit of $190bn in 2021, were “sticking it to American families and consumers because they could”, he said.

And yet it seems unremarkable that a single US-owned company, Apple, should make a net profit of $96bn on its own.

Little wonder that the World Shipping Council, which represents the major carriers, should again request that the rhetoric be dialled down, pointing out that misrepresentations such as those made by the president undermine the ability to “understand and work towards solving the root causes of America’s supply chain problems”.

“The supply chain is not foreign; it is global,” it said in a statement. “The fact is that ocean carriers actively compete against one another in the global marketplace, including on the shipping lanes most relevant for US trade.”

That truth has been confirmed by many investigations into container freight pricing by regulators globally, including the US’ own Federal Maritime Commission, which found high freight rates to be a symptom of high demand and supply chain congestion, and were “the product of the market forces of supply and demand”.

For most of the decade leading up to the pandemic, those laws of supply and demand saw the container shipping sector run at a loss, unable to even earn the cost of its capital. It seems inexplicable why the US, the hallowed ground of free-market capitalism, should begrudge companies being successful and profitable.

But it is explicable when put in the context of pork barrel politics and global economics.

Mr Biden is presiding over an economic crisis that has seen inflation skyrocket, and faces mid-term elections and powerful lobby groups, which unlike container lines, vote.

Blaming evil foreigners for inflation and high costs plays to those lobbies and deflects attention.

OSRA22 will provide some limited and specific remedies to a small number of issues faced by US importers and exporters. But it will not lower freight rates, break up the alliances, resolve congestion, or see the emergence of a US-based global container line.

As Mr Biden himself might put it, the American consumer will continue paying the high freight rates of nine foreign owned container lines.

At least for now, anyway.

Container shipping, like economics, is cyclical. Freight rates are off their peaks already, and there are some early indications that congestion is easing. Should inflation lead to a slowing economy, demand will ease, just as supply — the large number of ships carriers were able to order with their profits — increases.

Equilibrium will return eventually. It will probably not return to the loss-making environment of 2010-2019, but that is a good thing.

When it does, however, OSRA22 will have had little to do with it.