US president claims to be ‘viscerally angry’ about the container linesthat he blames for inflation, soaring freight rates, supply chain congestion and much in between. The political theatre of the Ocean Shipping Reform Act was on show in the US this week, but to help explain what it really means for shipping this week’s Lloyd’s List Podcast features two people who really know what’s going on: Federal Maritime Commissioner chairman Daniel Maffei and World Shipping Council chief executive John Butler 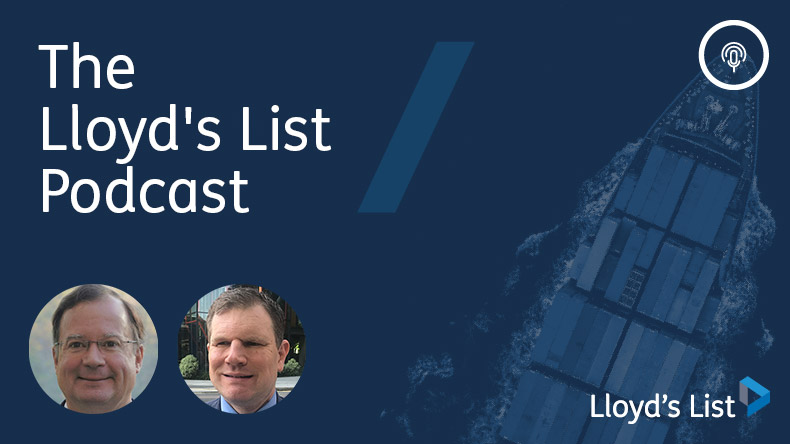 US President Joe Biden is angry. So angry in fact that he wants to take a swing at the liner executives who he blames, at least partly, as responsible for everything from soaring rates, inflation and supply chain congestion.

There is an element of political theatre to Mr Biden’s anger which is very much on show for the US voters and, sadly, nobody is currently anticipating the pay-per-view boxing match between Søren Skou and a 79-year-old president.

What has happened of course is that the Ocean Shipping Reform Act has been passed.

The new law, which has received bi-partisan support in its passage through Congress and the Senate, will grant more power to the Federal Maritime Commission to ensure shippers, and particularly exporters, are treated fairly.

What it will not do of course is offer a silver bullet for fixing congestion and disruption in the supply chain or high shipping costs.

OSRA has become somewhat malleable to whatever politicians have wanted it to be and Biden’s rhetoric over recent weeks blaming the shipping companies for pretty much everything is nothing more than political opportunism.

That said OSRA is also an important piece of legislation and the first reform of US law applicable to ocean shipping since 1998. It also creates certain responsibilities on the part of ocean carriers to carry exports.

So, to unravel what OSRA actually means to the market in practice and cut through the heated political rhetoric we have put two experts into our audio ring this week.

The Lloyd’s List Podcast: The key takeaways from Posidonia 2022

The Lloyd’s List Podcast: The view from New York