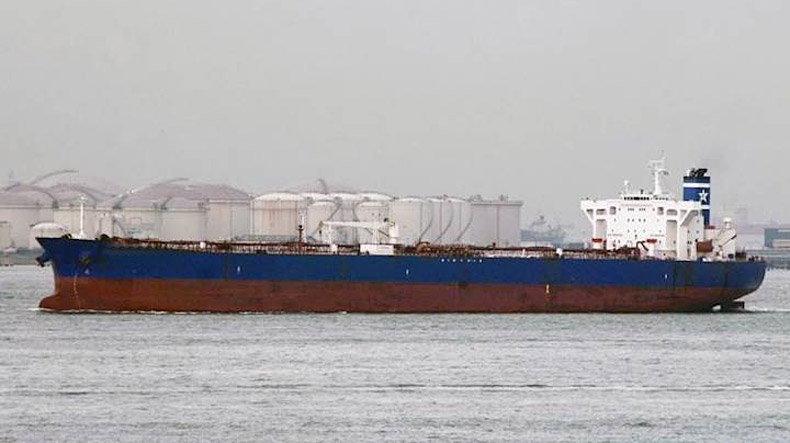 Source: Seasearcher Arc 1 has been stuck in the Adriatic Sea for many weeks with a cargo suspected to be Iranian crude.

THE US Treasury Department has sanctioned nine companies connected with shipping Iranian petrochemicals.

They include one in the United Arab Emirates linked to tanker anchored at Rijeka, Croatia, for nearly four weeks laden with a cargo suspected to be Iranian crude, according to a department statement.

“This network helps effectuate international transactions and evade sanctions, supporting the sale of Iranian petrochemical products to customers in the People’s Republic of China and the rest of East Asia,” the Office of Foreign Assets Control said in a statement.

As well as sanctioning Iranian petrochemical producers, “international front companies and shipping companies” in the Hong Kong, the UAE were designated, according to Ofac.

This included YouChem General Trading FZE, listed as the registered owner of the Panama-flagged product tanker Leonid (IMO: 9198771) between June and November 2020.

The Leonid’s technical and ISM manager remains another UAE-based company Vroom Marine Ventures FZE, which has provided these services since June 2020.

Arc 1 has been stuck in the Adriatic Sea for weeks with a cargo suspected to be Iranian crude.

Management switched to another UAE company with the same address in Sharjah, UAE, Vanguard Marine Ventures, three weeks after the tanker first arrived at Croatia to discharge its cargo.

The tanker had loaded via a ship-to-ship transfer off Malaysia, an area where cargoes of Iranian oil are frequently reshipped and labelled as “Malaysian blend” to evade US sanctions.

The 2003-built aframax has been anchored at Rijeka as government authorities try and determine the oil’s provenance.

Iran’s shipbuilding ambitions are neither new nor credible