Sea Cargo Charter inaugural report publishes the climate alignment scores of 25 charterers and operators, but just 12 companies are on track 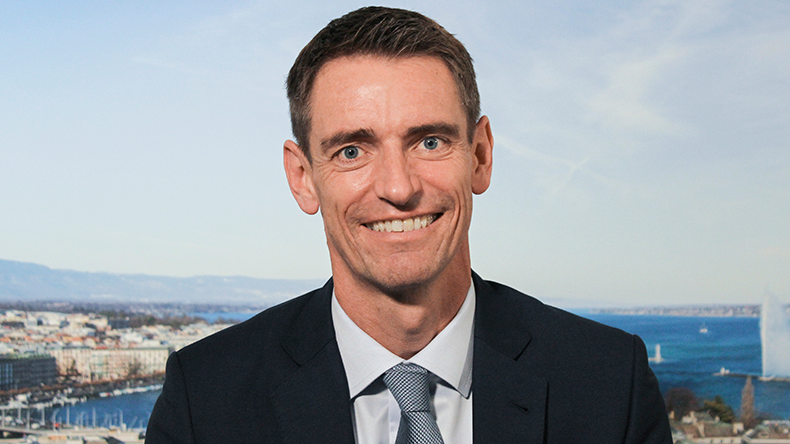 Source: Trafigura Bach Nielsen: ‘The Sea Cargo Charter is slightly younger than the Poseidon Principles but we share the same understanding.’

LESS than half of the world’s major dry bulk charterers, which signed up to a voluntary climate data reporting scheme, are currently aligned to the international target of reducing total greenhouse gas emissions from international shipping by at least 50% by 2050.

The first annual disclosure report of the Sea Cargo Charter, published today, reveals just 12 of the 25 initial signatories featuring some of the world’s largest energy, agriculture, mining and commodity trading companies are aligned with the International Maritime Organization’s target of greenhouse gas reduction for their segments.

The publication of the data is intended to set a benchmark for companies to measure progress in decarbonisation efforts.

The report includes emissions data collected by the signatories, which collectively accounted for more than 15% of total bulk cargo transported by sea last year, for chartering activities in 2021 and compares it to a decarbonisation trajectory for the same year.

While the authors have stressed that the climate alignment scores should not be read as a league table between companies that have very different profiles and activities, the data does reveal significant spread in efficiency between ship types and companies.

Rasmus Bach Nielsen, global head fuel decarbonisation at Trafigura and vice-chair of the Sea Cargo Charter Association, said that is to be expected and the transparent assessment of different operations is precisely why the scheme was launched.

“Today it’s not about ranking peers — it is about getting a base established on data that we can use for future assessment and that we can all use to push each of us forward on the decarbonisation trajectory,” he told Lloyd’s List.

The reporting from 2021 shows that the signatories’ overall annual activity was, on average, only well aligned for oil tankers, which had been going through one of the sector’s most severe downturns in years at the time of the reporting.

‘The goal will be to be as transparent as we can, without breaching confidentiality, and in the next couple of years, coming to grips with the IMO’s own regulatory changes, and to what extent we should or should not incorporate that in some way,’ says Citibank’s Michael Parker

While analysts will now use the data to assess performance, those behind the scheme argue that the initial publication of the disclosure report and the transparency it provides is a significant milestone in itself.

“Thanks to unprecedented levels of data sharing, we better understand the climate impacts of our business activities at a much more granular level and can back up operational and strategic decision making with real data,” says Jan Dieleman, president of Cargill Ocean Transportation and chair of the Sea Cargo Charter Association.

The Sea Cargo Charter was launched under the auspices of the Global Maritime Forum in October 2020, a year after the launch of the Poseidon Principles, which similarly establish a framework for assessing and disclosing the climate alignment of ship finance portfolios.

The Poseidon Principles’ second annual disclosure report, published last December, said 11 of the 23 ship finance portfolios that reported their scores were aligned with the industry emissions target, up from three out of 15 the previous year.

While the Poseidon Principles started with the same benchmark as the Sea Cargo Charter, aligning scores against the IMO’s target of reducing emission by at least 50% by 2050, those behind the scheme have confirmed the intention to up that target to net zero by 2050. However, no changes have yet been formally adopted.

According to Mr Bach Nielsen that same evolution of tightening targets is already being discussed by signatories to the Sea Cargo Charter.

“The Sea Cargo Charter is obviously slightly younger than the Poseidon Principles, but we share the same understanding so it is feasible that we will go on a more aggressive path, and it is a live discussion within the steering committee. If you want my opinion, I think it’s what the charter should do, but I’m only one part of a larger committee.”

Decarbonisation: What to expect from the IMO — and what not to

Between the lines: Container sector faces uncertainty ahead of peak season