Russian occupiers have declared Mariupol mine free, but dredging problems have left the port inaccessible to laden bulkers, and thus unable to export locally produced steel

Nine merchant ships attacked in conflict so far, with one sinking and two deaths 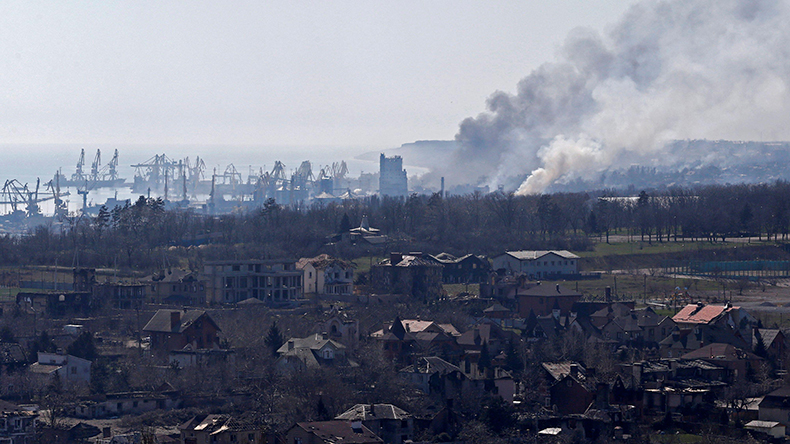 ABOUT 80 vessels remain effectively trapped in Ukraine despite local and international efforts to free up port access following Russia’s incursion into the country, according to the local Lloyd’s agent.

So far into the conflict, Russian forces are reported to have attacked nine merchant ships at the Ukrainian ports, resulting in one sinking and two deaths, Odessa-based Eurogal added.

Russia is seeking to unblock the occupied port of Mariupol, from which the products of Ukraine’s largest steel plant are shipped, and has declared the port free of mines.

But it has so far succeeded in dredging only the so-called ‘old gates’, which can be crossed by vessels with a maximum draught of 3.5m. This is insufficient for laden bulk carriers.

In the face of this hold-up, Russia is starting to move locally-produced steel and grain by rail.

Grain consignments through Reni, Izmail and Kiliia — three smaller ports close to the Romanian border, which have been less impacted by the fighting — have quadrupled year on year, as Ukraine desperately seeks ways of ensuring its grain exports make it onto world markets.

However, marine insurers are bracing themselves for a hit running to tens of millions of dollars as soon as August, when around 12 to 15 ships are expected to be declared constructive total losses under war risk policies, on grounds of three months’ deprivation of use.

Many of the rest are due to become ATLs in August, if they are covered by policies that specify six months rather than three months as time for the payout, which is the more common wording.

Eurogal also reports major transport infrastructure losses in the country, with around 24,000 km of the road network and 6,300 km of railways either damaged, destroyed or occupied.

As well as the seaports that have suffered from the war, the conflict has also taken out 304 bridges, 12 military aerodromes and 11 civilian airports, resulting in cumulative losses to Ukraine exceeding $40bn.