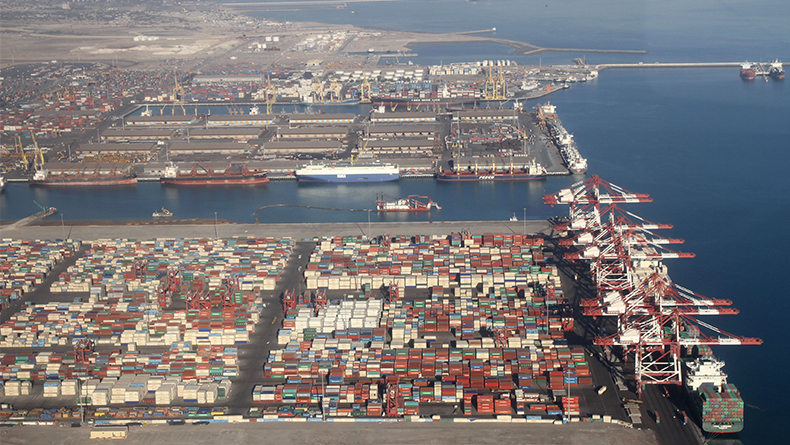 Source: Iran Ports and Maritime Organisation Tankers are being held off Bandar Abbas (pictured) by order of Iranian officials.

GREEK officials are this week expected to decide arrangements for a parcel of Iranian crude oil that appears key to securing the release of two Greece-flagged tankers snatched from international shipping lanes and taken to Iran more than a fortnight ago.

Delta Tankers’ vessel Delta Poseidon (IMO: 9468671) and Polembros Shipping’s Prudent Warrior (IMO: 9753545) are anchored off the Iranian port of Bandar Abbas, with 49 seafarers on board, including 10 Greeks, one Cypriot and 38 Filipinos.

The tankers were taken in retaliation for a Greek court decision acceding to a US request for confiscation of the Iranian oil being carried by the vessel Lana (IMO: 9256860), formerly the vessel Pegas, a Russia-flagged aframax detained in Greece under sanctions.

About 68,000 tonnes of oil out of Lana’s cargo of more than 104,000 tonnes of cargo was transferred to a Greek-owned tanker chartered to transport the oil to the US.

But this was stopped last week when an appeal court reversed the earlier decision and ordered the Iranian oil to be returned to the 2003-built Lana, which is anchored off Karystos in eastern Evia.

Although this has raised hopes that the two Greek tankers may shortly be freed, it has not dispelled anxiety about the wellbeing of the crew and about bringing the drama to an orderly conclusion.

Satellite pictures circulating over the weekend show that another suezmax, Rima (IMO: 9150377), has been anchored alongside Prudent Warrior.

The 1998-built, Iran-flagged vessel was itself the victim in a previous Iranian tanker grab.

As Gulf Sky, the vessel disappeared two years ago off Khor Fakkan. Shortly afterwards it turned up in Iran, the original crew were sent home and reportedly began a new career likely as a mothership in the “ghost” fleet moving Iranian oil.

It was used last November for receiving a cargo of disputed oil off Bandar Abbas from one of two tankers hijacked by the Islamic Revolutionary Guard Corps, apparently to thwart US confiscation efforts.

If Iran planned to snatch the Prudent Warrior cargo it would most likely be by a ship-to-ship transfer as shore facilities in Bandar Abbas are thought to be full.

But the tankers have been alongside each other for five days and experts following the case are doubtful that any STS operation will have begun.

“At this stage, it looks like it is all about keeping the pressure on as much as possible,” one source said.

The two Greece-based shipping companies caught in the drama are keeping tight-lipped about events on board their vessels, other than to say their crews remain in good health.

Additional Iranian diplomats are said to have been in Athens in recent days, although this could not be independently confirmed.

It remained unclear on June 13 what the next steps would be for returning the removed portion of cargo to Lana.

Options are complicated by the fact that the Russia-flagged vessel still has mechanical issues and will have to be towed, sources familiar with the case said.

This could add to the risks of such an operation and may influence how the authorities view various proposals including conducting the operation in Piraeus, where the Dynacom-managed panamax Ice Energy (IMO: 9301732) awaits with the cargo.

It could also colour views on doing the STS operation off Karystos, an area with a long record of environmental protest.

The initial STS transfer to take off the first half of Lana’s cargo is said to have been done under an exception granted by the ministry of shipping last month.

It did not take place in one of only three locations around Greece where STS transfers are normally permitted.

Another option likely to be discussed is transferring the oil back to Lana in international waters.