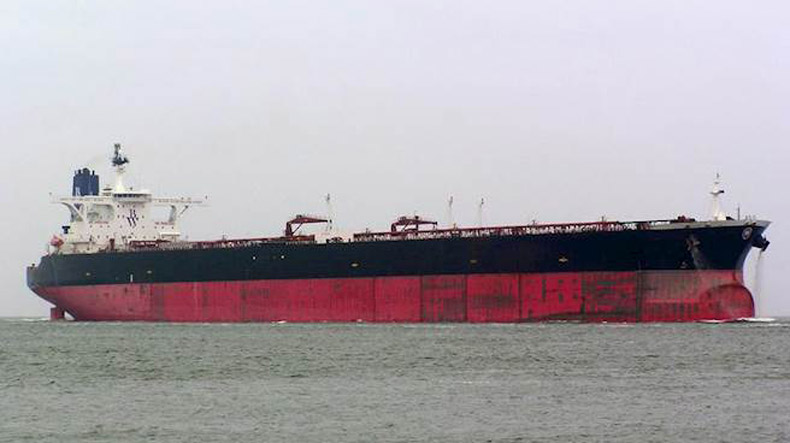 AN ANONYMOUS Chinese shipowner has deployed a very large crude carrier in the Atlantic Ocean to undertake ship-to-ship transfers of crude loaded by other tankers from the Baltic port of Primorsk.

The tanker sailed from its anchorage off the eastern coast of Malaysia in late March, initially heading for the Suez Canal. It then diverted around the Cape of Good Hope to stop mid-Atlantic between Cape Verde and Tenerife by May 10, according to research by Lloyd's List using data compiled from Lloyd's List Intelligence.

Since then, the Panama-flagged VLCC has been tracked loading one cargo of oil via ship-to-ship transfer from the Palau-flagged, 2002-built aframax tanker Zhen I (IMO: 9255880) around May 27. Lauren II remains drifting in the mid-Atlantic.

There is no suggestion that any sanctions have been breached.

Such STS operations mid-Atlantic are rarely seen as cargo transfers are normally done at anchorages where conditions are safer over the high seas.

Russian oil producers are using a ready-developed, sanctions-skirting template to ship oil as sales pivot to Asia from Europe following the incursion into Ukraine

Lauren II has been managed by Dalian, Liaoning-based Greetee Co Ltd since May 2021, the Lloyd's List Intelligence Seasearcher database shows. The beneficial owner is not listed.

Greetee also manages another VLCC, M Sophia (IMO: 9289477). Both VLCCs were bought from DHT Tankers at the same time. Vessel tracking shows each undertaking multiple STS transfers at anchorages off Malaysia or Qingdao from tankers loaded with US-sanctioned Iranian or Venezuelan crude.

M Sophia remains off Malaysia with multiple gaps in its Automatic Identification System signals, a pattern of behaviour that suggests the tanker seeks to avoid detection of STS transfers.

Lauren II is one of a rising number of subterfuge tankers seen shifting from Iranian and Venezuelan trades as tightening European Union sanctions on Russia restrict tankers willing to load crude from the federation.

EU sanctions on insuring ships loaded with Russian crude do not begin for another six months. Bans on oil and crude begin at the end of the year for the UK and EU.

Lloyd’s List has documented at least seven tankers switching to Russian trades after being deployed in shipping logistics for Iran and Venezuela-origin energy commodities.

Zhen I is managed by Istanbul, Turkey-based Monument Ship Management, with the registered owner listed as Centrum Maritime Pte Ltd, with the same address as the shipmanager.

The number of Russian cargoes being transferred via STS is rising as anchorages off Malta, Greece, and Cueta regularly either consolidate larger cargoes or transfer oil to a different tanker, vessel tracking shows. This is the first time a mid-Atlantic transfer has been noted.

Also seen in the vicinity of  Lauren II is the 2001-built Ceres I (IMO: 9229439), a VLCC falsely claiming to be flying the flag of São Tomé and Príncipe, according to the International Maritime Organisation vessel database.

Owned by China’s Shanghai-based Shanghai Prosperity Ship Management, the tanker has switched off its AIS, making it impossible to track its activities in this region. The vessel has regularly been used in Iran trades.

Global oil trades are recalibrating after Russia’s invasion of Ukraine with STS transfers increasingly part of this new pattern of logistics.

This is alongside a change in the ownership composition of vessels prepared to undertake Russian trades.

A fleet of 200-plus elderly tankers has emerged in response to three-year-old US sanctions on the Venezuelan and Iranian oil and shipping sectors.

Bought by unknown shipowners to exploit regulatory gaps, these tankers are deployed solely for shipping these cargoes, with many engaged in deceptive and subterfuge practices to obfuscate the destination and origin of oil.

They often are ships with multiple name and flag changes, regularly turn off AIS transponders and make fraudulent representation of insurance and class.

China is the biggest destination for Iranian and Venezuelan crude, with subterfuge flows estimated at around 1.2m barrels per day based on research compiled by Lloyd’s List.