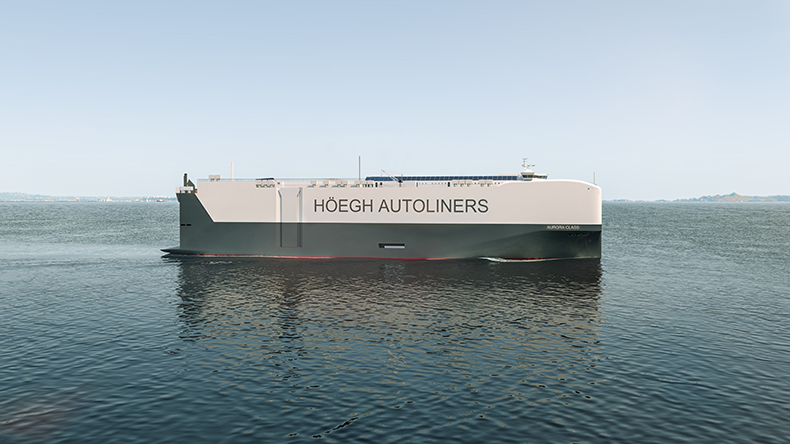 THE sinking of Mitsui OSK’s large pure car and truck carrier Felicity Ace on March 1 this year in the Atlantic Ocean was the first major casualty involving a PCTC for two years. The difference between this latest incident and earlier losses was the significant number of electric vehicles among Felicity Ace’s load of 4,000 cars.

Investigations are now under way to determine to what extent, if any, combusting lithium-ion car batteries played in the vessel’s loss amid concerns vehicle carrier operators have yet to fully mitigate the risks posed by shipping electric vehicles.

Combusting lithium-ion batteries or not, fires on large PCTCs remain of significant concern, though the industry’s safety record has certainly improved since 2019, when three vessels were lost in that year alone. Two of those casualties, Diamond Highway and Grande America, were due to catastrophic fires.

“Vehicle carrier fires are a big and complex subject and it is one we are working on, having lost a vessel of our own in 2020,” Andreas Enger, chief executive of leading vehicle carrier operator Höegh Autoliners, told Lloyd’s List.

He was referring to the total loss of the 2010-built, 6,000 car capacity Höegh Xiamen, which caught fire alongside at the US port of Jacksonville while on charter to Grimaldi Lines.

The  vessel Höegh Xiamen fire was caused by an electrical fault from an improperly disconnected battery in a used vehicle, according to a US National Transportation Safety Board report following its investigation into the casualty. The fire caused $40m in cargo damage, took more than a week to extinguish, and injured nine firefighters. The vessel was declared a constructive total loss.

“There is certainly some lack of clarity when people talk in the context of vehicle carrier fires caused by electric cars. None of them have had any proven connection to electric vehicles,” said Mr Enger.

“In some cases, we may not find out as the vessel sank in deep water,” he added, citing the fires and subsequent sinkings of Grande America in 2019 and the more recent Felicity Ace, both of which sank in several hundred metres of water.

“At Höegh Autoliners, we have become much stricter regarding cargo acceptance. So far, this has led us to refuse bookings for fork-lift loaded damaged cars.” But so far, the company has not had any incidents with electric cars; “But I think more research needs to be done in this area”, said Mr Enger.

There was no evidence that electric cars were more likely to catch fire, but they did burn more intensely than a car fitted with an internal combustion engine, law firm Watson Farley & Williams said in a recently published report.

Nevertheless, the operator of Felicity Ace, Mitsui OSK, said recently that it had suspended bookings for used fully-electric cars on its PCTCs after a review of its standards.

Höegh Autoliners is examining shipboard measures that can reduce the risk as well as better contain fires on its existing ships.

“Recently we’ve been discussing the capability to carry more carbon dioxide on board for fire-fighting purposes and to limit charge levels on electric cars to reduce the potential for oxygen emissions should a fire occur,” Mr Enger said

“What we do know is that the biggest potential fire hazard on a large vehicle carrier are low-quality, or damaged, used cars. We now work with loading terminals to ensure batteries are disconnected before they are loaded on to the ship,” he said. “Yes, we’ve had fire incidents with new cars but found we were much more able to control the situation — the risk is far greater with low-quality, used cars,” added Mr Enger.

Höegh Autoliners is working more closely with its ship designer together with car manufacturers and insurance companies to develop solutions, Mr Enger said.

The company has eight new PCTCs on order in China. The 9,100 car capacity vessels will have significant environmental improvements unique to the PCTC sector, including a multi-fuel capable propulsion system.

“A major part of the specification for our ‘Aurora’ newbuilding programme involves hundreds of other improvements over earlier ships to ensure not just better cargo handling, but also better gas barriers to isolate car decks in case of fire,” Mr Enger said.

Höegh Autoliners’ new Aurora class ships, which will begin to enter service from 2024, will have better fire detection, more dedicated capacity for electric cars, and more capacity for so-called high and heavy cargoes. This will allow much greater levels of segregation of different vehicle types to reduce the chance of serious incidents, which can occur when mixing different vehicle types on the same deck.

The company has worked with Finnish naval architecture and marine consultancy business Deltmarin, which has more than 40 years’ worth of knowledge of ro-ro ship design, for the design of most of its newbuildings since the 1980s.

Höegh Autoliners’ newbuilding strategy has been entirely to build ships to its own specification. “We don’t buy standard shipbuilder designed vessels — we build ships that work best for our business. And our strategy has always been to have a mostly owned or bareboat-chartered vessel fleet with in-house crewing and management. This enables us to have better operational control than if we relied more on third-party owned or managed tonnage,” Mr Enger said.

With the new Aurora ships, on which Höegh Autoliners holds options for a further eight units, the company has entrusted a relatively new shipyard, China Merchants Heavy Industries, to build the vessels.

“We spoke to South Korean and Japanese shipyards for the Aurora programme but they were not an option — they were not interested in building our designs. Many shipyards only want to build standard designs,” said Mr Enger. Interestingly China Merchants Heavy Industries owns Höegh Autoliners’ favoured designer Deltamarin. The yard has previously built cruise and offshore ships, which gave the company confidence it could fulfil a high-specification PCTC contract.

While some owners still have concerns about build quality at Chinese shipyards, Höegh Autoliners has 12- and 15-year-old PCTCs in its fleet built in China which Mr Enger said he is more than happy with.

He added: “Also in China we are allowed to be hands-on in the building process, which is important for us as we are strict in getting key suppliers, for bridge and safety equipment for example. Our strategy is that we want to be very close to the building process to ensure we build safer and cleaner vessels.”

Crew safe after fire on vehicle carrier off Portugal