US position on Russian sanctions is far from clear-cut

The US has followed its UK, Canadian and EU counterparts with restrictions on Russian-associated vessels in response to the invasion of Ukraine, but abiding to the latest presidential proclamation is no mean feat 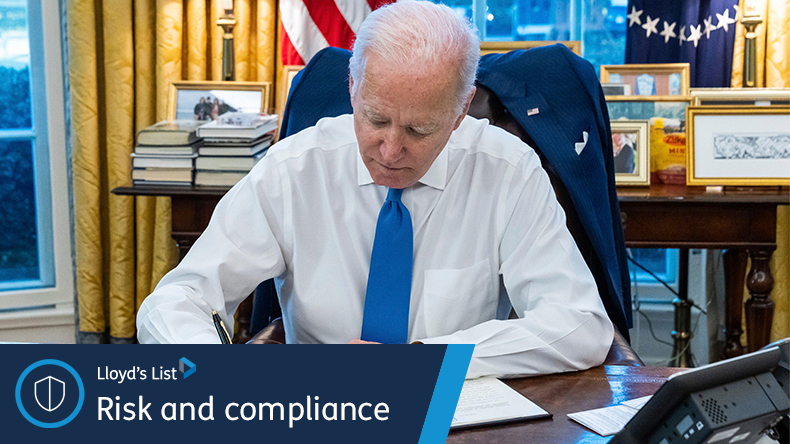 A PLETHORA of unilateral sanction regimes have sprung up since Russia’s invasion of Ukraine, from Russia’s neighbour Japan to traditionally neutral Switzerland.

Australia, Canada and Singapore have also joined the growing number of countries to take punitive action.

The most comprehensive regimes have, as expected, come from the US Office of Foreign Assets Control, the European Union and the UK.

However, the formal sanctions on Russian companies and nationals since February have primarily been sectoral sanctions directed at key entities in the Russian financial sector, banning access to US and EU capital markets; imposing asset freezes and travel restrictions on more than 1,000 individuals considered Putin’s cronies; and bringing in export control limitations.

While they may be imposing, they are arguably less severe than sanctions directed at Iranian, Syrian and North Korean state-affiliated companies or commodity trades.

The US, EU and UK have instead opted to cherry-pick bans on imported cargoes and vessel entries, rather than implement the sanction designation of vessels or commodities, making it less clear what sanction violation would mean in terms of financial penalties.

Since the annexation of Crimea in 2014, fewer than 30 named vessels have been formally sanctioned under the Ofac Ukraine and Russia orders. Instead, we have seen the targeting and seizure of suspected oligarchs’ yachts, and the introduction of vessel bans.

The UK Department for Transport was the first to introduce a broad ban on Russian-affiliated vessels on March 1, 2022, for Russia-flagged vessels or those “owned, controlled, chartered or operated by persons connected with Russia”.

This, at the time, gave room for interpretation of what was meant by “operated” and “connected with”.

Using this broad definition, Lloyd’s List Intelligence identified more than 6,000 vessels with associated ownership links and flag status that fell within the category of “at risk”.

Of these, around 500 are large internationally trading vessels that Lloyd’s List Intelligence tracks daily. Only one fifth of these currently sail under the Russian flag.

Port operators shrugged at the ban, asking what guidance would be granted to support this mammoth surveillance.

The Department of Trade offered non-committal assurances that while the UK government will endeavour to support the sector in the identification of ships in scope of sanctions, they “…cannot provide a definitive assessment to companies. It is for companies to conduct their own due diligence and assure themselves of compliance with the regulations”.

Such ambiguity suggests the scale and impact of the ban was not initially realised by the ministry.

On April 21, 2022, US president Joe Biden issued a proclamation that the US would, from April 28, enforce a similar ban, clarifying it would be limited to vessels sailing under the Russian flag state or where the legal title of ownership is the “government of the Russian Federation or a Russian company, citizen, or permanent resident”.

It was also added that it applies to vessels that are Russian-operated (i.e. a Russian company, citizen, or permanent resident is responsible for the commercial decisions concerning the employment of a ship and decides how and where that asset is employed).

The final point on what constitutes a Russian-operated vessels is as clear as untreated ballast water. Such muddying of the stipulations is what will likely support the various loopholes filtering Russian cargoes — and, ultimately, Russian beneficially owned vessels — into US and European ports to avoid supply chain disruptions and reduce the pressure on the reportedly lean Ofac sanctions monitoring team.

This was in stark contrast to the EU directive, which was at least clear in how it would be limited to Russia-flagged ships and those that have switched from the Russian flag post the invasion.

Nevertheless, a flag registration is not necessarily reflective of where the ownership lies.

Ofac sanctions violations usually stem from financing sanctioned cargo or aiding or transacting with a vessel, or vessel owner/operator that is ultimately beneficially owned 50% or more by a sanctioned entity.

Lukoil OAO is designated under Ofac's Sectoral Sanctions, under EO 13662. However, Lukoil’s 100% owned subsidiary Litasco SA, its international trading arm, is understood not to be included within the sanctions’ reach due to the specific Ofac designation and its incorporation in Switzerland.

Litasco is described as Lukoil’s “window to the world” — a window that appears to remain firmly open, although self-sanctioning by counterparts in Europe means trading of petroleum products and chartering of vessels have become more complex.

As Russian oil cargoes are not formally sanctioned, this is still flowing to the European, Middle Eastern and Asian markets, via vessels ready for ship-to-ship transfers with other less-scrutinised ships. 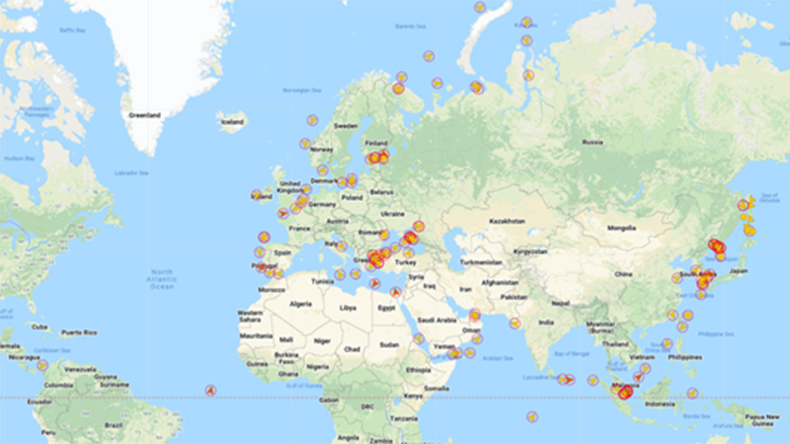 Lloyd’s List Intelligence Seasearcher: Sovcomflot fleet on the water, as of April 26, 2022.

Sovcomflot, part of the SCF Group majority-owned by the Russian state, is sanctioned by the US under EO 14024 and part of the entities that are subject to prohibitions related to new debt and equity restrictions. The EU and UK also maintain transaction prohibitions.

However, fewer than a dozen of Sovcomflot’s 130-strong tanker fleet is sailing under the Russian flag and an even lower number under a Russian-incorporated registered owner.

Most of the vessels are owned by registered entities incorporated in Cyprus and Liberia, sailing under the flags of these jurisdictions.

This makes Mr Biden’s port ban one to ponder.

In Lloyd’s List Intelligence’s experience, when shipowners (or often their managers or lawyers) volunteer information on the “operator” of the vessel, together with ship certificate documentation — or, for tankers, the Intertanko Q88 standard chartering questionnaire — while it might be a legitimate charterer, these operators tend to be shell companies within the ultimate parent group, management agents, or third parties legally unaffiliated with the ultimate beneficial owner.

Taking a reported operator at face value is not sufficient. It does not mean counterparties are off the hook for transacting with these entities ultimately owned by sanctioned companies or shareholders.

The scale of the Russian-affiliated fleet is downplayed — and in the end, with the way global shipping is structured, determining the ultimate beneficial owners remains complex.

Black and white sanctions would be easy to navigate by comparison. At the time of writing, the EU was readying its sixth sanctions package — yet if current bans and prohibitions act as a precursor, ‘clarity’ will be anything but.

Wärtsilä bears the cost of cutting ties with Russia