‘They are going after the most prominent which will include Greek owners,’ says Russia Tanker Tracking Group 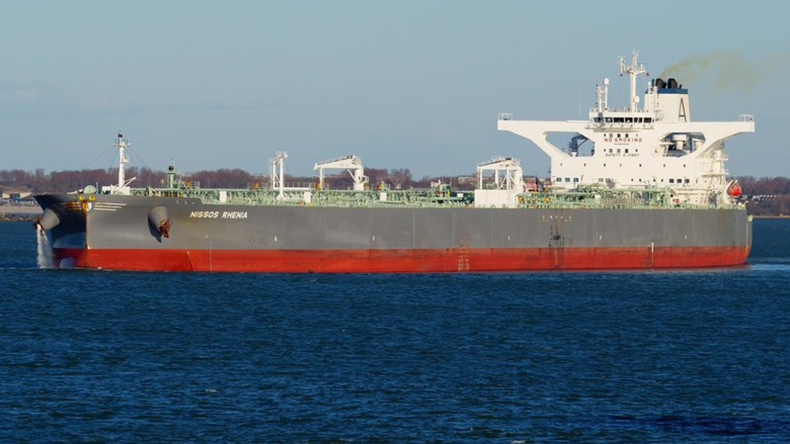 The group, representing the Ukrainian government, engineers, academics and former politicians is collating the vessel-tracking data for the country’s prosecutor, a group member told Lloyd’s List.

“We have got a list of all the shipmanagers, the charterers where you can get it, and the vessel owners and their country of origin and that is being shared with the prosecutor to then go and take action,” he said.

“The prosecutor is still building the cases, but they are going after the most prominent, which will include Greek owners.”

The Russia Tanker Tracking Group said an average of 4.5m barrels per day of crude had been shipped from Russia since the February 24 invasion of Ukraine, providing the Russian Federation with $509m in sales revenue every day. 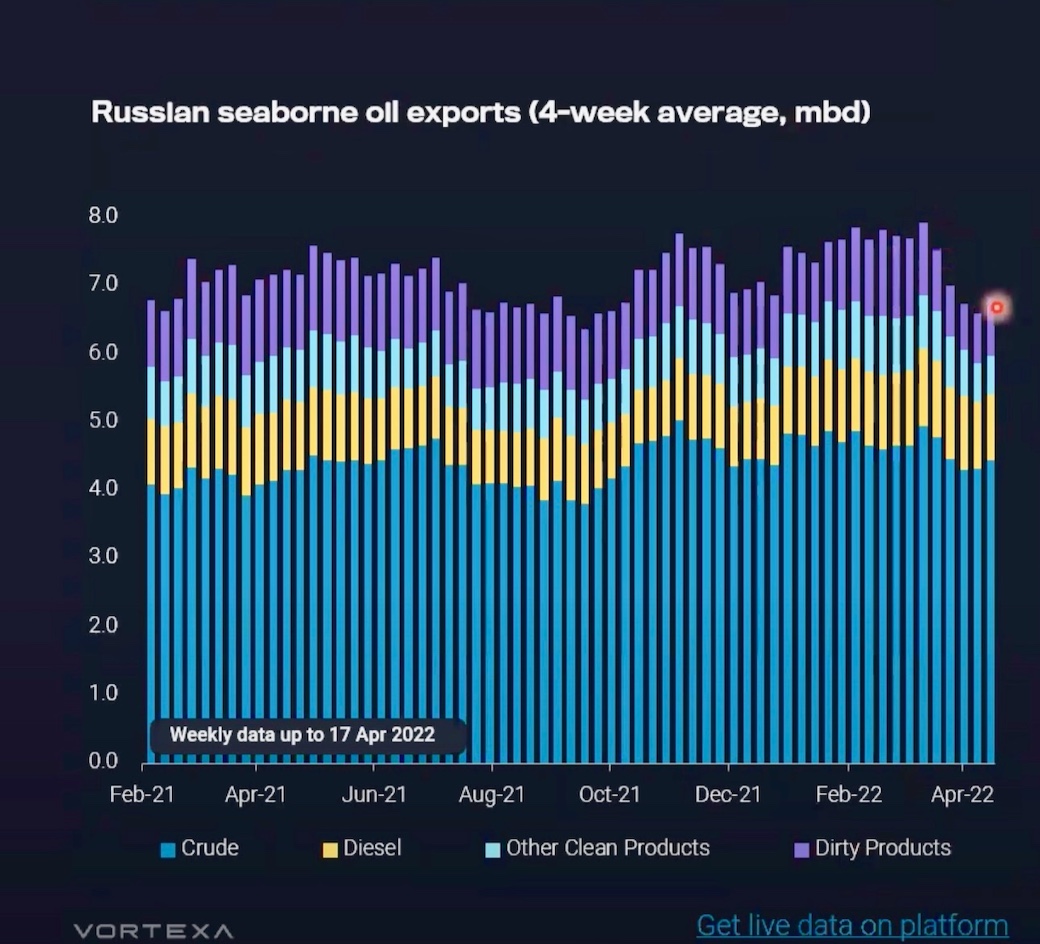 Russian energy commodities exports from Baltic and Black Sea ports have unexpectedly risen over April, with month-on-month gains seen despite European, US and UK bans, and self-sanctioning from some Western refineries and oil traders.

The Russia Tanker Tracking Group spokesperson, who declined to be identified citing security concerns, said the coalition of government advisors, academics and engineers, some of whom were fighting in Ukraine, were campaigning on many levels to stop further exports of Russian crude.

“The money coming in (to Russia) eclipses what Ukraine’s being given in terms of aid,” the spokesperson said.

The Netherlands, China, Turkey, India and South Korea are the top four buyers of Russian crude, according to the group, which publishes daily updates via its Blood Money website. 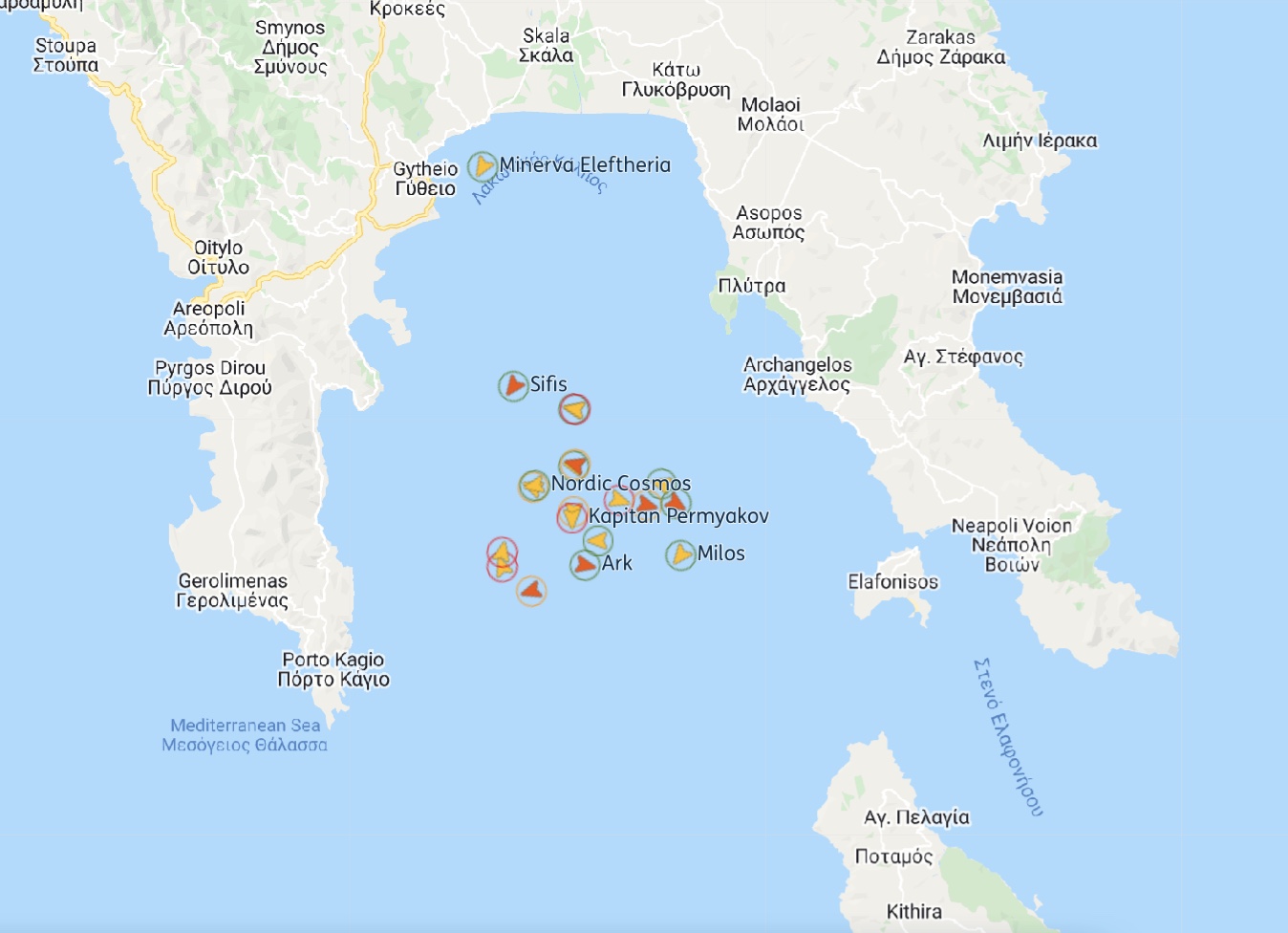 Many cargoes normally bought by European refineries are now diverting to Asia and India, with longer sailing distances resulting in an influx of Greece-owned tankers chartered for new business, the spokesperson said.

“The journey distances have extended massively as (crude) now goes to India and South Korea,” the spokesperson said.

“In terms of shipping capacity and deadweight tonnage going in and out of ports, it is the same. But there are now a lot of new tankers (taking this business).”

Russia’s actions are directed not only at Ukraine but also at Europe, claims the Ukrainian president

Of the 141 calls of tankers over 15,000 dwt tracked this month, 13 were ships owned by TMS Tankers and at least 13 by Minerva Maritime.

In all, 50 of the 141 port calls this months were using tankers owned by Greece-based principals.

Russia-controlled Sovcomflot was the largest with 16 calls. The figures exclude tankers used to ship Russian crude received via ship-to-ship transfers in areas outside Russian waters.

Other aframax tankers and VLCCs are also tracked undertaking STS of Russian cargoes in waters off Skagen, Denmark; Kalamata, Greece and Gibraltar.

The planned action against Greek shipowners takes place against a backdrop of increasingly unwieldy and complicated patchwork of sanctions against Russian shipping interests and energy commodities.

The European Union is preparing sanctions to phase out reliance on Russian oil, but has yet to get agreement from all 27 member countries, while the UK said last month it will stop all shipments by the end of the year. A US embargo begins on April 22.

Europe also banned Russia-affiliated tankers from its ports providing no clear starting date, with many ports restricting entry from April 17.

Greece, which has seized Russia-linked tanker Lana (IMO: 9256860) in recent days, is still allowing Russia-owned vessels in its waters.

Russia-flagged Kapitan Permyakov (IMO: 8727953), which loaded at the port of Temryuk more than two weeks ago, is now at anchorage at Kalamata, along with another four, smaller Russia-flagged tankers, data shows.

After waiting for more than a week off Novorossiysk in ballast, three tankers set sail for Turkey signalling they are now laden with oil cargo despite AIS transmissions showing they never called at the port or made ship-to-ship transfers

The International Group, which covers the 13 groups insuring 90% of the global fleet, has declined to stop cover, although one P&I Club, North of England P&I, briefly removed 35 Sovcomflot vessels from its database. The ships’ status remains unknown.

“Our purpose is to track every tanker that enters Russian ports to load either crude or product and then to apply pressure wherever we can,” the group spokesman said.

The numbers tally with those from Kpler, another commodities tracker, showing crude exports at 4.5m bpd for the first three weeks of the month.

Pre-invasion seaborne exports were at 7.4m bpd in February. April’s decline from February’s level is far short of estimates provided by the International Energy Agency in March, forecasting a reduction of 2.5m bpd in oil and products exports.