The US, Europe, UK and Canada have now prevented any Russia-flagged, owned, operated or registered vessel from their ports 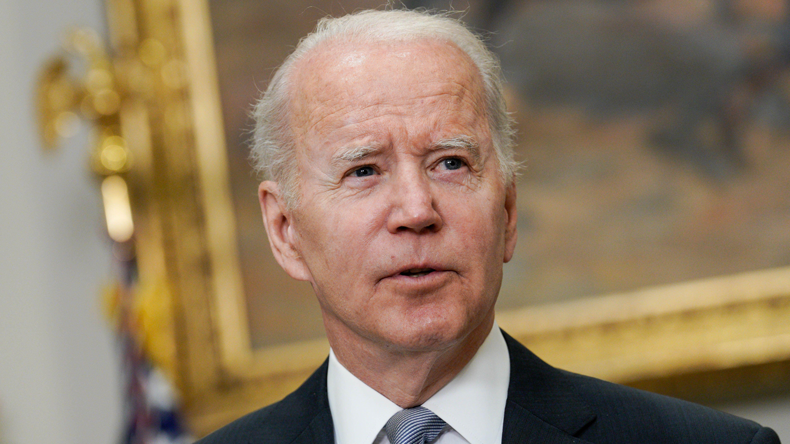 Source: Sipa US / Alamy Stock Photo Biden today: “No ship that sails under the Russian flag or that is owned or operated by a Russian entity, will be allowed to dock in US ports or access our shores.’’

PRESIDENT Joe Biden has announced a ban on all Russia-linked ships from US ports from April 28, extending prohibitions already in place in Europe, the UK and Canada.

“I’m announcing that the US will ban Russian-affiliated ships from our ports as they did in Europe,’’ the president said during remarks made on Ukraine.

“That means no ship that sails under the Russian flag or that is owned or operated by a Russian entity, will be allowed to dock in United States ports or access our shores.”

The restrictions on port entry for Russia-linked ships comes as the European Union said it was also readying a phase-out of Russian oil and gas and was seeking political agreement in talks.

Russia’s actions are directed not only at Ukraine but also at Europe, claims the Ukrainian president

Bans and self-sanctioning by oil traders and refineries are already restricting business for the Russia-owned fleet, although vessel-tracking shows that volumes shipped have yet to be affected as cargoes divert to India and Asia and diesel shipments remain steady.

Last year Russia-affiliated vessels made about 1,800 visits to the US, according to news reports, suggesting that the ban would not have any impact on supply chain logistics snarls that have clogged container ports over the past year.

The proclamation specified that vessels included were those that were Russia-flagged, Russia-registered, or if they were operated, owned or registered by a Russian citizen, permanent resident or the federation.

The International Maritime Organization says about a quarter of the 2,000 seafarers stranded in Ukraine a month ago remain in the country, with vessel-tracking data showing more than 300 vessels still in its territorial waters

The US movement further tightens movements of Russia-linked ships worldwide.

The US has already banned imports of Russian crude from April 22, while the UK was the first to move with restrictions on Russia-owned ships earlier in March, along with the phasing out of oil and oil products imports by the end of 2022.

Europe’s trade commissioner earlier today signalled in news interviews that the 27-member bloc was “ready to act fast” in phasing out Russia energy commodities but political agreement was needed.

A ban on Russian coal will start from mid-August, according to EU notices.