‘We’re not acting in concert with John Fredriksen,’ Alexander Saverys tells Lloyd’s List. ‘People thought that this was a deal that had been negotiated between John and ourselves, which is not the case’ 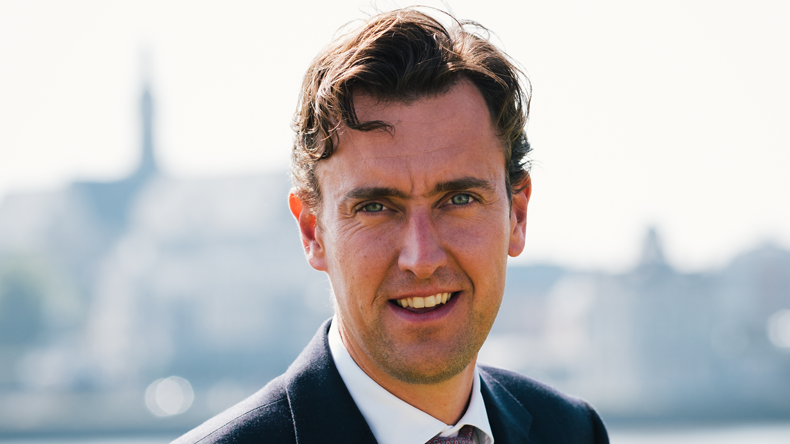 Source: Compagnie Maritime Belge Alexander Saverys and others in the family business have a built up a 13.22% stake in Euronav over the past six months.

EURONAV’s founder and largest shareholder, Compagnie Maritime Belge, says there is “a very good chance” it can prevent the takeover of Euronav by rival tanker owner Frontline.

The Belgian shipowner’s opposition pits Marc Saverys and his sons Alexander, Ludovic and Michael against Norwegian-born tanker tycoon and Frontline’s largest shareholder John Fredriksen in a billion-dollar battle for control of one of the world’s largest listed tanker companies.

Alexander Saverys, from CMB, said it would be “a numbers game” as they sought shareholder support to block the proposed all-stock deal announced yesterday.

“We think we have a very good chance to stop it,” Mr Saverys told Lloyd’s List.

“We are the largest shareholder in Euronav, we have a very strong following in Belgium.

“The people want to keep this company in Belgium and not bring it somewhere abroad.

“But it’s a numbers game. I cannot ever guarantee anything. Am I very confident? I don't know. I think we have very good chance. And I think coming out with our view, at least gives people an alternative to think about.”

Frontline founder John Fredriksen, 77, will emerge as the largest stakeholder of any merged Euronav/Frontline outfit, which will create the world’s largest tanker company, worth $4.2bn.

The proposed all-stock deal sees 1.45 Frontline shares for every Euronav share, with the merged entity trading as Frontline.

The term sheet was unanimously approved by both boards, with further details to be outlined in the coming weeks and the deal completed by the end of the third quarter, the management indicated.

Mr Saverys told Lloyd’s List that the Euronav board did not advise the family of yesterday’s announcement, which he said came as a surprise.

The Saverys family had spent some $177m since September to rebuild a 13.23% stake in Euronav via holding company Saverco, overtaking Mr Fredriksen as the largest shareholder by March.

Mr Fredriksen began buying up a 9% stake in Euronav back in the second half of 2021.

“People obviously still think that as a family, we are very much linked with the management and with the board and that everything they say is backed by us,” Mr Saverys said.

“This is not the case. We’re also not acting in concert with John Fredriksen, which, again, is something we have to make clear, because we saw after the announcement yesterday, which took us by surprise, people thought that this was a deal that had been negotiated between John and ourselves, which is not the case.”

CMB has questioned the strategy of any newly formed entity, saying the focus should be on decarbonisation, not crude transportation.

“We have been an anchor shareholder,” Mr Saverys said.

“Over the past couple of years, obviously, our involvement has reduced.

“My brother was on the board until 12 months ago, when we had to refocus all our energy and money on CMB and getting CMB through the crisis of the past six years.

“And something changed. Obviously, they are now full-ahead fossil fuel believers for the next 20 to 30 years. We have other ideas.

He said that the board had rejected CMB’s proposals “time and time again” about the direction for Euronav.

The Saverys family want Euronav to focus on energy transition and use revenues from crude transportation to reinvest in green technology, and alternative fuels.

“We see a perfect fit there, the large, listed platform of Euronav with our know-how and all the people we know, inside out, as they have the same DNA and culture because we founded the company,” Mr Saverys said.

“This is something we have discussed with the management and with the board over the past months. As we were increasing our stake every time, we were discussing this…because we wanted to know what they thought. And they have basically rejected us time and time again.

“Ever since all our discussions stopped, we had kind of a feeling that something would come in the other direction and that was confirmed yesterday.

“The timing took us by surprise.”

Mr Saverys said that CMB had yet to reach out to other Euronav shareholders but was now “getting a lot of calls”.

“I’m sure in the next couple of days and weeks, we will have various discussions and who knows? Also discussions with the management and the board.

“We’re professional enough, all these people are very well known to us.

“The last word has not been said and let’s see how this pans out.

“There is one thing we do not want and that is this merger between Frontline and Euronav. Any other solution that goes in the direction of making this company future-proof and bringing into the 21st century, we will of course listen.”

Filings by Euronav about the merger to guide what management, employees and the board told investors revealed that the reaction of the Saverys family, the role of Mr Fredriksen, and the different cultures of the two shipowners were among those concerns to be assuaged.

In answer to any questions about whether Mr Fredriksen would be calling the shots, the prospectus guided: “John Fredriksen is arguably the most successful shipping entrepreneur enjoying a strong reputation in capital markets.

“He has been able to create a lot of shareholder value over the years and he will be our largest shareholder… and marks his clear intentions to have a significant influence on the platform as any anchor shareholder would have.”

“The Frontline model is different to ours,” the letter said.

“Euronav has always been a fully integrated model engaged in all parts of the management of a tanker operation.

“The Frontline model is more outsourced, focused to third party independent shipmanagers to manage and operate vessels, including the crewing of those vessels.

“Therefore, there is relatively little overlap of personnel and a great collection of talents on both sides.”

Asked whether CMB would increase its shareholdings in Euronav in the coming weeks, Mr Saverys said: “We might, we might not. We are totally free to do so.”