It is hoped the deal can be completed by the third quarter of 2022, Euronav chief executive Hugo de Stoop tells Lloyd’s List as he details why the timing was right for the long-anticipated merger 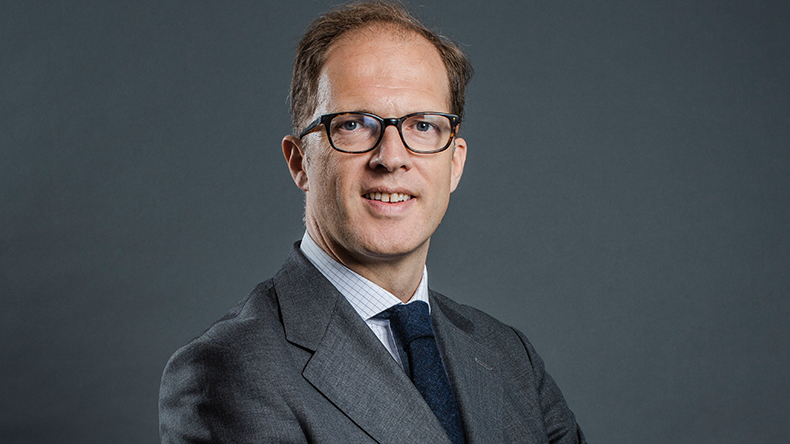 Stoop: The designated chief executive of the new outfit.

JOHN Fredriksen will emerge as the largest shareholder of the merged Frontline/Euronav tanker giant, with a holding of about 22%, amid hopes the takeover will be completed by the end of the third quarter of 2022, said Euronav chief executive Hugo de Stoop.

The Saverys family had rebuilt a majority stake in Euronav over the past three months, to thwart Fredriksen after he took a leading stake in the past year, despite selling out two years ago.

Father Marc and brothers Alexander, Ludovic and Michael Saverys would be the second-largest shareholder with 7% under the new structure, via their investment in Saverco.

The agreed exchange ratio of 1.45 Frontline shares for every Euronav share sees Euronav with 59% of the merged company and Frontline shareholders with 41%.

Combined company to be worth $4.2bn, with a fleet of 69 very large crude carriers, 57 suezmax vessels and 20 long range two aframax tankers

The battle for control of Euronav between the Saverys family and the 77-year-old, Norwegian-born tanker billionaire first emerged last September, after company CK Holdings revealed a 9% stake in the company.

CK Holdings is linked to Mr Fredriksen’s investment holding company Hemen Holding and Seatankers Management, which has a 39% stake in Frontline.

By April, the Saverys family via Compagnie Maritime Belge had rebuilt a 13.23% in Euronav after divesting in early 2020.

They first triggered the 5% threshold in February.

CMB purchases via Saverco in Euronav totalled $176m over 2022 through to April 4, filings show, on top of purchases made since at least mid-September.

The depressed state of the global tanker market meant the timing was right for the long-planned and widely anticipated consolidation, said Mr de Stoop, who will be running the combined company.

“You always do this kind of big deal when the market is not doing so well,” Mr de Stoop told Lloyd’s List in an interview today.

“The shareholders in both companies can then look forward to an appreciation of the share price when the combination has been done.

“So we have a lot more positive spin to give to a deal than when you are in the other part of the cycle.

“We have had a long discussion, and many discussions in the past, but I think now is the time, because the companies are very much aligned on the objectives.

“The industry is facing big challenges for years to come. I think we all agreed that bigger is better when embracing these challenges.”

Mr de Stoop said it was too early to estimate synergies and cost-savings for the deal but that costs reduced by about 6% after Euronav merged with Gener8 in 2018.

There are hopes the deal can be finalised by the end of the third quarter, when there is normally a seasonal uplift in spot rates across the global tanker sector as imports rise ahead of the northern hemisphere winter.

“We are not completely there yet,” Mr de Stoop said, saying there were potentially three structures to investigate that would take up to six weeks to develop and take proposals to the market.

“We have a term sheet; we have been thinking about this transaction for a long time; we’ve been crunching the numbers to where there the potential is.

“What needs to be finalised is the structure to merge two companies.”

He said there were “also a lot of moving parts”.

“We have a few other, much smaller, deals in the pipeline that we would like to announce, and I think Frontline are the same.”

The combined entity will have a market capitalisation of $4.2bn, which Mr de Stoop said would attract new institutional shareholders that previously found the two companies individually too small to invest in.

“I would expect them to be very supportive,” Mr de Stoop said of existing institutional shareholders in both companies.

“In share price reaction, what you need to look at always is Euronav because that is the company, even if it is a merger, technically being taken over.

“That is where you see the appetite and reception of the market.”

Euronav shares would “take a very small hit at the beginning and then correct over time” he said.

Shares had gained today by 7.7% in trading.

The merger would also see Mr de Stoop begin working for Mr Fredriksen, after 18 years with Euronav and the Saverys family.

“He is a legend,” Mr de Stoop said of Mr Fredriksen.

“By many measures, he is one of the most successful people in shipping.

“I was very pleased to get acquainted… he is a very interesting person and has a lot of charisma.

“I have been working very closely to Marc Saverys, who is also a big, charismatic person.

“I am trying to do my job the best I can and love to work for those visionary people. I do not think I will change much in my way of working because I pretty much get along with anyone.