Maritime industries broadly supportive of government measures against P&O Ferries, but warn of limits to what they can do 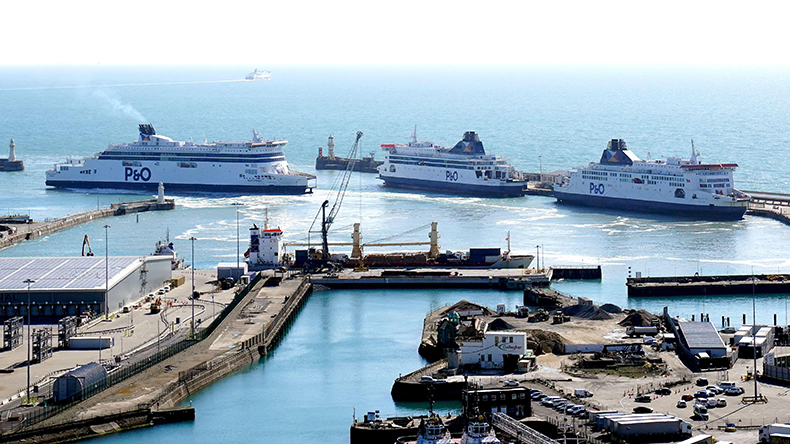 Source: PA Images / Alamy Stock Photo Public outcry against P&O Ferries has forced the UK government to act, but the haste in which its response measures were drawn up means they may not be practical.

THE maritime industry has warned that there are limits to how much companies can do to implement proposed UK government changes on what ferry companies pay seafarers.

Transport secretary Grant Shapps has set out a range of measures to address issues raised in the wake of the decision by P&O Ferries to sack 800 staff and replace them with cheaper agency workers.

The replacement crews will earn less than the legal UK minimum threshold for any shore-based occupation.

‘My message to P&O Ferries is this; the game is up. Rehire those who want to return and pay your workers — all of your workers — a decent wage,’ Grant Shapps tells parliament

In a statement to parliament, Mr Shapps said the UK would take a lead in pushing for an international minimum wage for seafarers, and to negotiate “minimum wage corridors” with governments in countries linked to Britain by ferry services, including France and Denmark.

He has also asked the Insolvency Service to disbar P&O Ferries chief executive Peter Hebblethwaite — who told lawmakers his company’s action had been illegal under UK employment law — from being a company director.

Additionally, Mr Shapps pledged primary legislation giving ports powers to ban operators who pay below the national minimum wage, and has written to ports asking them to do so voluntarily, pending its enactment.

“Ports hire locally, pay wages which are significantly above UK average earnings and have well-established industrial relations processes,” he said. “But we are not, and should not be compelled to be, the police for the labour practices of ferry companies.

“We have neither the expertise or resources to enforce employment law. That is a role for government and regulators.”

Richard Ballantyne, the chief executive of the British Ports Association, said the government’s plans were “unworkable.’’

“While it’s right the government and the ferry industry look to improve employment rules and standards, the expectation that port authorities will need to enforce minimum wage rules in the shipping sector could be unworkable,’’ he said in a statement. “This will place ports in a difficult legal predicament, especially before any legislation is in place.

“The ports industry is genuinely sympathetic towards the situation of the impacted seafarers, however we would suggest that ports are not the competent authorities to enforce rules on employee salaries or working conditions in the shipping industry.”

“We have a long-held strategy of employing local seafarers on board our vessels,” he said, adding the announcement “protects that strategy and in addition creates the necessary consistency and equality needed across the sector.”

Nautilus International, an international trade union and professional association representing seafarers and allied workers, also welcomed Mr Shapps’ intervention and said it had been calling for the extension of the national minimum wage to all seafarers on board ferries that enter UK ports for many years.

However, the officers’ union said he had not done enough to stop P&O Ferries or to disincentivise other companies from sacking their workers.

It demanded instead a ‘Fair Ferries Strategy’, with legislation for an industry-wide collective bargaining agreement, built around a certification approval process to enforced by the Maritime and Coastguard Agency.

“On any other day, this would feel like a victory for our long-running campaign for pay fairness in the UK ferry sector both domestically and internationally,” Nautilus general secretary Mark Dickinson said. “But today, when we had high hopes for legislative measures to tackle P&O Ferries’ illegal actions, it falls some way short.”

The Maritime Professional Council — a UK umbrella organisation of professional associations — expressed concern at the P&O Ferries sackings, pointing to what it calls the detrimental impact they have had on the reputation of the industry as a whole.

“The MPC wishes to highlight the blow the loss of these seagoing posts will have on the ongoing efforts to increase the number of UK seafarers and maintain Britain’s position as a significant maritime nation. At a stroke, it undermines the UK Maritime Strategy,” it said.

“Now is the time to consider urgently what further policy measures could be put in place to retain a core fleet of UK-manned ships. Maintaining such a fleet is needed to, among other things, enable junior officers to gain sea experience for their higher certificates and maintain a credible maritime skill-base.

“Equally, action needs to be taken so that the already small number of UK ratings does not diminish further.”

MPC members include the Honourable Company of Master Mariners, the International Institute of Marine Surveying, the Institute of Seamanship, the Nautical Institute, Trinity House and the United Kingdom Maritime Pilots Association.