Just who signed off the union-busting strategy? P&O Ferries board members comprise some of the most senior corporate executives in DP World’s global operations 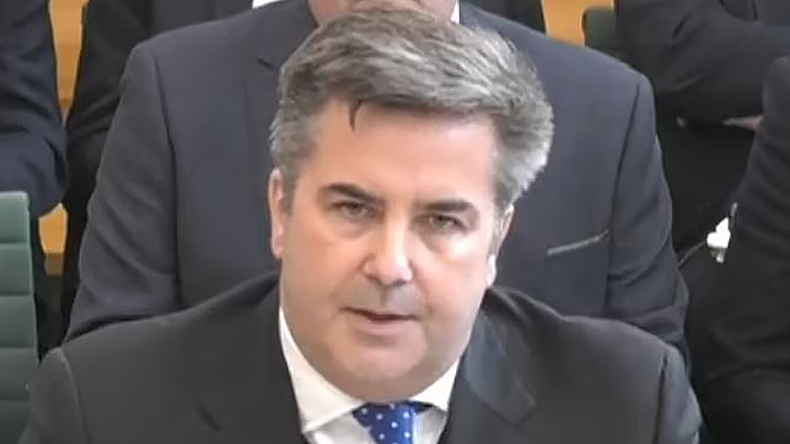 A FORMER pub manager and a Standard Club board member are among those who signed off on UK ferry operator P&O Ferries’ decision to deliberately break UK laws to sack 800 seafarers without notice and replace them with cheap agency staff.

Filings to Companies House reveal a revolving door of directors at P&O Ferries Division Holdings Ltd since 2019, with the current board of seven people comprising at least six with executive roles with the company or its parent, DP World.

Board members from the holding company of the 178-year-old ferry operator comprise the head of legal services, chief executive, chief financial officer and chief information officer, as well as a vice-president and head of business development of parent company DP World.

All hold multiple board positions at other related DP World entities in the UK and Europe, covering port, shipping and terminal operations.

‘I am fully cognisant of the reputational cost to the P&O Ferries brand and me personally. That notwithstanding, I am compelled to discharge my duties for this historical company,’ chief executive tells transport secretary

Mr Hebblethwaite, who has a background in hospitality, has been cast as the P&O Ferries pantomime villain by media and politicians alike.

He was widely lampooned for his insouciant House of Commons committee performance last week when, in extraordinary evidence, he admitted the company chose to deliberately breach UK labour laws and would do so again if required.

Little is known about Mr Hebblethwaite in shipping circles beyond his former role as business director of the London-based Greene King chain of 3,000 pubs and breweries until its $1bn buyout by a Hong Kong company in late 2019.

Mr Hebblethwaite held several positions at the privately held company over at least 11 years, including one in which he issued a public apology for a “mortifying” breach of hygiene standards at one of the pubs he managed.

He joined P&O Ferries as its overnight director of the ro-pax division in August 2019 and was appointed chief executive last November.

P&O Ferries chief financial officer Karl Howarth is the longest-serving board member of the holding company and sits on a further 18 different boards of UK companies linked to P&O Ferries and DP World. He is also one of 27 board members at the Standard Club.

He has been a board member of the holding company since 2007.

The P&I club said Mr Howarth was a member of its audit and risk committee and would keep his role on the board.

“His role is to provide oversight of the club’s activities,” it said in a statement. “As a not-for-profit mutual insurer, it is not our role to comment on the activities of our shipowning members, but to provide insurance to them covering their liabilities in areas such as accidents involving injuries, cargo loss, collisions and pollution.”

There are also links between P&O Ferries and the Department for Transport via former board member and P&O Ferries executive, Tom Weschler.

He went straight to the Department for Transport where he is now a director for the government department since December 2020.

Mr Weschler, whose two-and-a-half-year stint with P&O Ferries included time as “chief transformation officer”, served on the P&O Ferries board between July 2018 and February 2020.

He is director of Transport Security and Resilience Response. Plans for the reorganisation of P&O Ferries were already far advanced when he left, with lawful redundancies of 800 people completed by the time Mr Weschler took up the role.

Christopher Bailey, a former vice-president of operations for BP Shipping, one of the world’s largest tanker charterers, has served on the holding division board since August 2019.

He also sits on a further eight boards at companies linked to P&O Ferries.

David Stretch, the predecessor to Peter Hebblethwaite and former chief executive of P&O Ferries, served until his departure in November 2021.

In additional to his position on the board of P&O Ferries Holdings he also had positions on boards of a further 17 companies connected to DP World’s ferry operations.

His appointments at all entities were brief. The longest stretch was 37 months at P&O Short Sea Ferries Ltd, and the shortest a 15-month stint on the board of P&O Ferrymasters Holdings Ltd. Ten of the appointments lasted 16 months.

Mr Stretch is now “looking for new opportunities” according to LinkedIn. Among his skills he lists: “A proven ability to build strong and mutually successful strategic relationships with clients, business partners, regulators and shareholders.”

There have been 29 board members, and 22 resignations for the holding group. Thirteen board members have resigned since 2019, with the most recent Robert Woods, who left last December.

Mr Woods had two board stints, from February 2007 until February 2018, before rejoining the following year in August 2019.

His reappointment seemed to coincide with a purge of board members at this time. Three of the directors stayed in their jobs for just a month, appointed in July 2019 and resigning in August.

Mr Wood remains managing director of Southampton Container Terminals, a company for which the Peninsula and Oriental Steam Navigation Company has a majority interest and reported a before-tax profit of £233.5m ($306.5m) in 2020. These are all subsidiaries of the wider DP World network.

P&O Ferries head of legal services Amelia Mitchell has been a board member since November 2020.

Thorsten Runge, managing director of P&O Ferrymasters, was appointed in June 2020 and resides in Luxembourg. Mr Runge describes his employment as “the coolest role in my career!” in a LinkedIn post.

Dubai-based John Woollacott, who heads up DP World’s Europe operations joined in August 2019, while Andre Odinius began his stint as director in September 2021.