Neutral shipping needs a blue corridor out of Ukraine

As many as 1,000 merchant seafarers are trapped on vessels near Ukrainian ports while fighting rages all around them. They are non-combatants literally caught in crossfire of a war that isn’t theirs

The International Maritime Organization should continue to use its best endeavours to find a safe way out for ships stuck in the conflict zone, and the industry should throw its full weight behind that outcome 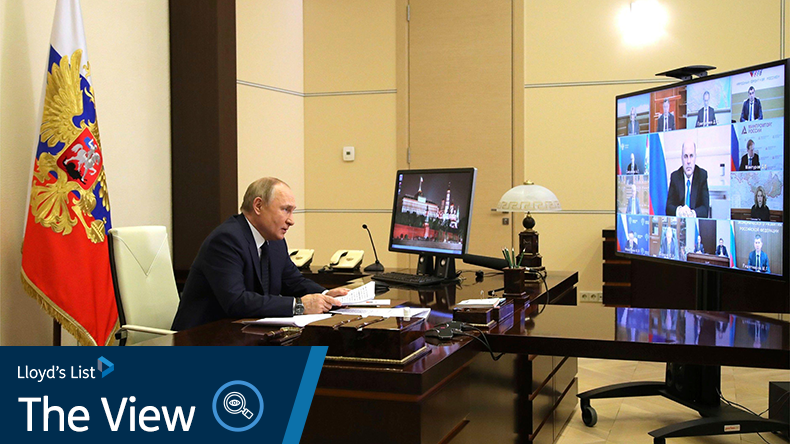 “THIS is no longer Mariupol,” a middle-aged resident of the Ukrainian city told a British newspaper this week. “It’s hell.”

Tamara Kavunenko’s words come as footage emerges of what is left of the town’s Donetsk Academic Regional Drama Theatre, where 300 people lost their lives after a Russian airstrike.

They were under the assumption that by hiding in the theatre’s basement, they would be safe from the devastation wrought by Putin’s bombers. Tragically, that assumption proved incorrect.

The details of what happened need to be confirmed. But if they are as they are reported to be, the incident crosses the legal threshold of what constitutes a war crime.

Mariupol is a familiar name in the shipping industry, as the most important port in the Sea of Azov, serving a significantly developed industrial hinterland.

As well as the civilian population cowering in its buildings, some 21 ships are berthed there, according to Lloyd’s List Intelligence data.

They represent just a fraction of the 300 vessels trapped by the fighting in the country.

Most of these are Ukrainian or Russian flagged and crewed, giving their crews some chance of getting ashore and getting back home.

But 128 of them are foreign-flagged, staffed by seafarers of around 20 nationalities, and they are effectively stranded. Chances are that food and medical supplies are running low for many of them.

Shipping is only just beginning to wind down from the crewing crisis brought on by coronavirus, which at times saw up to 400,000 men and women effectively incarcerated in their workplace all around the globe.

The likelihood is that some of those currently immobilised by the hostilities in Ukraine will be among the officers and ratings at the sharp end of that situation too.

The younger ones will no doubt be wondering what sort of a career they have chosen for themselves.

What is clear is that this war not theirs. While their governments may have sympathy — tacit or not so tacit — with one side or the other, all countries other than the combatants themselves are officially neutral.

Meanwhile, the seafarers are in harm’s way. At least five merchant vessels have been hit by projectiles since the outbreak of war.

One of these casualties has led to a $22m marine insurance claim, with Lloyd’s underwriter Beazley acting as the leading war risk reinsurer on Bangladesh Shipping bulker Banglar Samriddhi (IMO: 9793832).

While only two seafarers are so far known to have been killed, the real death toll may well be higher and could go higher still.

The International Maritime Organization has called for the establishment of a ‘blue corridor’ that would allow them safe passage on return voyages.

Even that — as International Chamber of Shipping secretary general Guy Platten has said — would be a dangerous endeavour, given the extensive mining of some waterways and the presence of numerous sunken barges.

It would also require the acquiescence of both the Ukrainian and Russian authorities, who despite ongoing peace talks, have yet to find much approaching common ground.

Nevertheless, the International Maritime Organization should continue to use its good offices to facilitate such an outcome, and governments and the shipping industry should offer up their full support.

Meanwhile, the sanctions net continues to tighten around Russia.

Britain has now moved beyond a blanket ban on Russian ships in UK ports to singling out Sovcomflot for sanctions by name.

But in the city that is no longer Mariupol, the dead are being buried in mass graves, some of them hastily dug in what were until now children’s playgrounds.

We hope that, one day, the Donetsk Academic Regional Drama Theatre will be rebuilt, and resume its proper business of staging fine performances of Pushkin and Chekhov, no longer having to serve as an inadequate air raid shelter.

We also hope that, one day, the perpetrators of the past week’s bombing will be properly held to account.