Food, fuel and medical supplies are running low on ships stuck in Ukraine, unable to leave due to the fighting. Despite an initial flurry of successful evacuations from shipowners and flags, more than 1,000 crew are estimated to be stuck inside the warzone 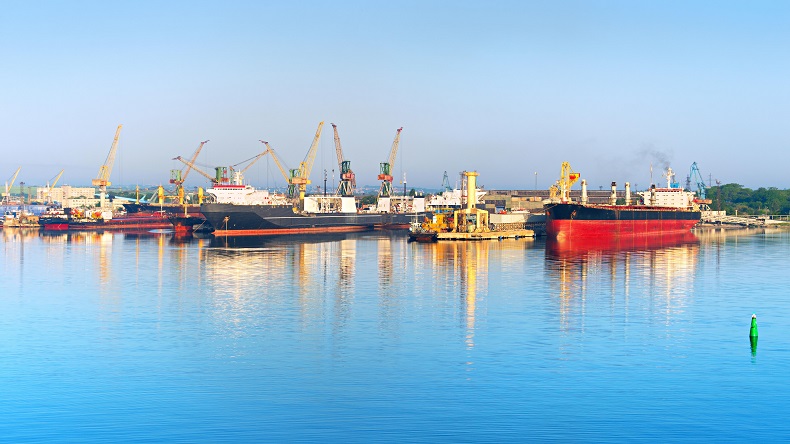 OVER 300 vessels and at least 1,000 seafarers are stuck in Ukraine, unable to escape the fighting and running dangerously low on food and medical supplies.

While a few hundred seafarers are thought to have been evacuated, the International Chamber of Shipping and International Transport Workers’ Federation said that around 140 foreign flagged vessels with over 1,000 seafarers from 20 countries were stuck on vessels with supplies dwindling on board.

Analysis of Lloyd’s List Intelligence data suggests the number of vessels stuck in Ukrainian ports could be significantly higher than those initial estimates, although it is unclear how many vessels still have crew on board.

Of the 347 vessels identifiable by Automatic Identification System signals, which stopped moving after fighting broke out in Ukraine and have remained inside ports or anchorages, the majority are either Russia- or Ukraine-flagged ships. Many of them are smaller domestic tonnage for which it is assumed crew would have already been evacuated.

However, 128 are foreign-flagged vessels, many of them with crew stuck on board who are unable to leave due to the fighting.

It is unclear how many seafarers have been evacuated from Ukraine, but the experience of Liberia-flagged vessels offers an indicative measure. According to flag officials around 350 seafarers were on board Liberian ships in Ukrainian ports at the outbreak of war.

Despite immediate efforts to lay up vessels, owners were able to repatriate only between 50-75 of their crew before fighting prevented any further evacuations.

Details of the 275 crew remaining on Liberia-flagged vessels stuck in Ukrainian ports is limited. However, officials concede that official supply routes were cut off weeks ago.

Accurate assessments are impossible, but several other major flags report a similar level of repatriation, suggesting that at least 1,000 seafarers are currently stuck inside the war zone on ships in semi-lay-up unable to leave.

Flag officials, owners and industry bodies are liaising daily with the International Maritime Organization, which last week proposed the establishment of a so-called blue corridor to allow ships and their crews out. According to the ICS, however that has proved “very difficult, challenging and dangerous” in practice.

“In order to establish a blue corridor you need the co-operation of both combatants, both the Ukrainian and Russian, and that work is ongoing,” said the ICS secretary-general Guy Platten during a press briefing on Wednesday.

“But there is a lot of talk of mines in the approaches to ports and sunken barges, a whole lot of things which make it a dangerous environment at the moment, the advice is for crew to sit tight.”

At least five merchant vessels have been hit by projectiles since the outbreak of war and while only two seafarers have been confirmed as having died in the conflict, industry officials stress that details are still being corroborated and it is likely that figure has already increased.

One Estonian-owned general cargoship, Helt (IMO: 8402589), sank following an explosion on March 3. One seafarer was killed when Bangladesh-flagged bulk carrier Banglar Samriddhi (IMO: 9793832) was hit by a missile while anchored off Oktyabrsk, Ukraine.

A Russian landing ship was destroyed on March 24 and two other unidentified vessels were damaged in the occupied Ukrainian port city of Berdyansk, according to Ukrainian officials.

Seafarers “have become the collateral damage in the conflict”, Mr Platten said, citing an example of a Romanian ship with 20 seafarers which had only three days’ worth of supplies left due to fighting in the port city of Mariupol.

“It is unsafe for them to leave the ship or for the ship to sail,” he said.

ITF general secretary Stephen Cotton said: “Speaking to our members in Kyiv, there are days when there is no food at all, and there is no water… the same situation will apply to those ships that are stuck either in port or at anchor off the ports for fear of getting hit. So that’s what I think our biggest concern will be, how can we help? How can you get a supply of food or fuel into these areas which are literally locked off by both sides for different reasons?”

Several industry initiatives to aid evacuation of seafarers and their families are now under way.

On Thursday, the ITF and shipmanager V.Group established funding to get Ukrainian seafarers’ families out of the country to accommodation in neighbouring Romania and Poland. The scheme offers help to all Ukrainian seafarers and their families regardless of their employer or union affiliation.

HHLA’s Odessa terminal to remain closed ‘for time being’