HHLA’s Odessa terminal to remain closed ‘for time being’ 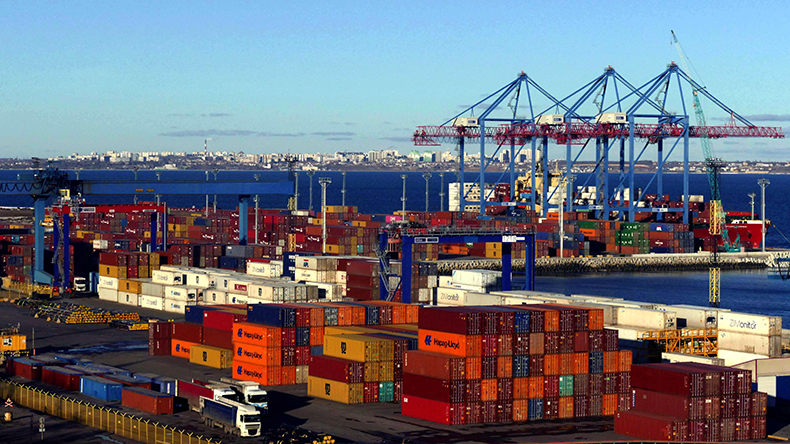 HAMBURGER Hafen und Logistik has recovered all throughput lost as a result of the coronavirus pandemic but says operations at its Odessa terminal will be suspended indefinitely in the wake of the Russian invasion of Ukraine.

Container throughput at its operations in Hamburg, Odessa, Tallinn and Trieste was up 2.5% compared with the previous year, reaching 6,943,000 teu. This marginally exceeds 2019 pre-pandemic traffic by 0.4%.

The company was accustomed to unusual challenges, executive board chair Angela Titzrath said in a statement.

HHLA was forced to close its terminal in Odessa following the Russian invasion. It is supporting relatives of its employees that have managed to escape the country

“Over the past two years, it was the pandemic that demanded much of us; now it is the war in Ukraine, which violates international law,” she said. “HHLA is robust and stable enough, and in a sufficiently solid financial position to continue to reliably fulfil its supply mandate in difficult times.”

The intention is to press on with the existing strategy, which she described as geared towards growth and sustainability.

HHLA’s port logistics subgroup benefited from a strong increase in storage fees during the year because of disruption to supply chains and consequent major ship delays, which led to longer dwell times and additional container movements.

The unit accounted for most of the group’s overall profit, with profit after tax and minority interests rising significantly to €103.1m.

The company said its outlook for the rest of 2022 was unclear due to the Ukraine situation.

“We must assume that business activities at the HHLA container terminal in Odessa, which has been directly affected by the war, will cease, at least for the time being. Future developments cannot be foreseen, as they depend on the overall situation in the region.

“We can also expect that the Russia-Ukraine conflict will have unforeseeable consequences for the economy in Europe and beyond, particularly as a result of the sanctions announced and potential backlash against them.”

HHLA’s Italian job could be a shrewd manoeuvre