Government offices, production facilities and public transport have been reopened in several districts where the spread of coronavirus is under control

Trucking capacity remains constrained, with Maersk expecting a 40% cut in the service efficiency between Shenzhen and nearby cities. Terminals are putting in restrictions on container gate-ins amid congested storage 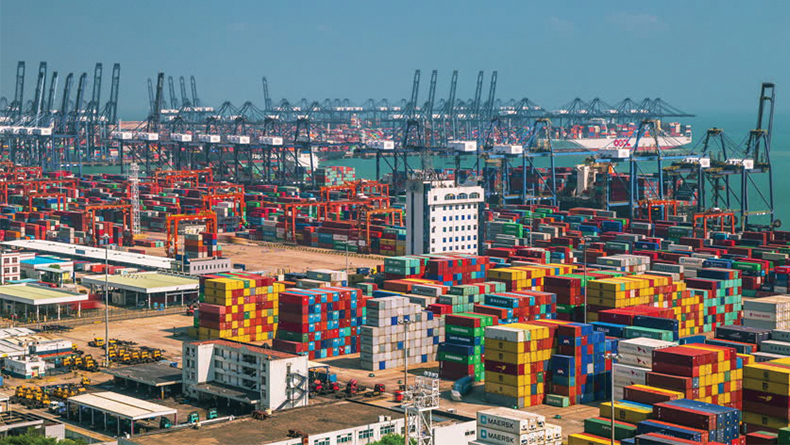 Shenzhen is home to one of the largest container ports in the world.

THE government in Shenzhen, one of the coronavirus-stricken manufacturing and shipping hubs in China, is reviving social activities as the local infection situation improves.

The move to reopen factories and warehouses is expected to alleviate logistics pressure caused by a city-wide lockdown because of a surge in new infections.

Government offices, production facilities and public transport have been reopened in several districts where the spread of virus is under control.

They include the Yantian District in eastern Shenzhen, where a key container port is based. However, residents are still not allowed to leave or enter parts of the city where cases are still rising.

Maersk said its Yantian warehouses will reopen over the weekend, except for the Shenzhen Distribution Center which will remain closed until further notice.

Dongguan, a manufacturing city near Shenzhen, is seeing similar lockdown relaxation and recovery of factory activities as local authorities try to minimise the impact on economy.

Container trucking capacity, however, remains constrained. Maersk expects a 40% cut in the service efficiency between Shenzhen and nearby cities owing to strict road controls and frequent swab tests required for drivers.

The impact is already being felt by port operators.

The precautious measures in the region have “slowed the container turnover and increase the yard density”, according to box terminals in western Shenzhen.

Maersk said it foresee vessel waiting time will increase in Yantian and Chiwan.