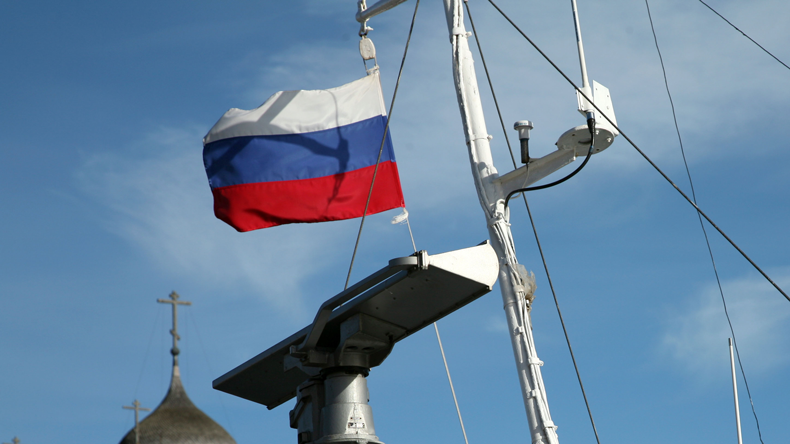 Source: VPC Photo / Alamy Stock Photo Maritime sector’s operational experience and relationships mean it has a critical role to play in ascertaining whether Russian ships or aircraft could be in breach of sanctions, Department for Transport says.

THE maritime sector has a critical investigative and proactive role to play in implementing sanctions on Russia-linked ships, according to the UK government.

A Department for Transport briefing clarified and expanded on earlier directives that left it to port and maritime leaders to determine whether vessels were subject to sanctions.

All Russia-owned, controlled, operated or chartered ships are banned from entering UK ports — a move that Lloyd’s List Intelligence said would affect some 480 internationally trading vessels identified with Russian links. Exceptions are granted for emergencies.

The sanctions confer powers to detain and control the movement of Russia-linked vessels but the onus is on ports and the wider maritime sector to identify offending vessels and notify the government, the department indicated.

“We want to underline the crucial role you have to play in implementing these measures,” a Department for Transport spokesman told the briefing at the Foreign, Commonwealth and Development office in London.

“If you suspect that a ship or aircraft could be within the scope of the sanctions restrictions, you really have a critical investigative role to play to ascertain if a breach has taken place. This equally applies if you have suspicions that a ship or an aircraft is planning to come to the UK.

“We understand that you have all this operational experience as well as existing working relationships and the Department is looking to you to play a proactive role in making these prohibitions work as well as they can do.

“These provisions and powers are in place for you to use. There is a whole-of-UK approach we are taking in coordination with our partners.”

A beneficial ownership provision is also included in the regulations, so Russian owners cannot hide behind shell companies.

The spokesman said the department was already “looking into” information reported from the sector and that he hoped prior guidelines given to transport stakeholders were “helpful in supporting you to implement these measures”.

“This really is important feedback as it keeps the department up to speed in real time and issues you’re encountering so we can continue to support you,” he said. “The powers in legislation are there and they’re yours to use.”