Greece has assured President Zelensky that EU sanctions will be implemented, but owners note that Russian calls are currently not prohibited 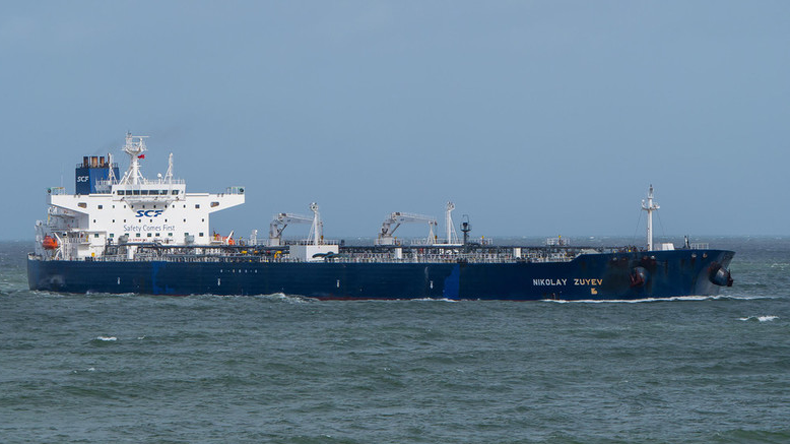 There is not a blanket embargo on Russian vessels calling in the European Union.

UKRAINE is seeking to put pressure on Greek shipping and other influential maritime stakeholders to cease carrying Russian cargoes, particularly oil and gas.

“Stop doing business with them and stop sending your ships to Russia,” Sergeii Shutenko, Ukraine’s ambassador to Greece, said in a briefing in which he asked Athens to shut its ports to Russian vessels.

The comments came as a senior adviser to President Volodymyr Zelensky urged a boycott on Russian oil and gas cargoes.

In a New York Times interview, Oleg Ustenko highlighted the role of US energy majors and Greek shipping companies in particular in the tanker trades from Russian ports.

Coming from two such senior sources close to the Ukrainian government indicates that the primacy of Greek owners in carrying Russian cargoes has been identified by Kyiv as a point for public pressure.

Greece has assured President Zelensky that it will implement all European Union sanctions against Russia.

However, these are more selective in their targets than Ukraine would like and do not include blanket embargoes, either on Russian vessels calling in the EU or on EU-linked tonnage carrying Russian oil and gas.

The Union of Greek Shipowners said that it was not aware of any requests from Ukraine but noted that calling in Russia was “not prohibited”.

Melina Travlos, the union’s new president, welcomed a decision by the International Maritime Organization to push for the urgent creation of safe maritime corridors in the Black Sea.

“As a global maritime power, we stand ready to do our utmost, both nationally and internationally, to ensure the protection of ships and all seafarers,” she said this week.

According to Lloyd’s List Intelligence data, Greece-owned ships made more than 8,000 calls at ports in the Black Sea in 2020 and controlled about 20% of the capacity trading to and from the region.

More than 3,000 of the calls were made by bulkers and the aggregate tonnage indicated a share of about 26% of the region’s dry bulk trade could be ascribed to Greek owners.

There were fewer calls by Greece-owned tankers — about 820 oil tanker calls — but these represented about 35% of the crude oil tonnage moving in and out of Black Sea ports during the year.

According to the Lloyd’s List Intelligence data, the year also saw nearly 700 calls by Greece-owned product tankers in the Black Sea, representing about 22.5% of the products capacity engaged in the region.