International Energy Agency signals further setback to beleaguered tanker markets as it estimates 2.5m barrels per day in Russian crude and product exports will be removed from market 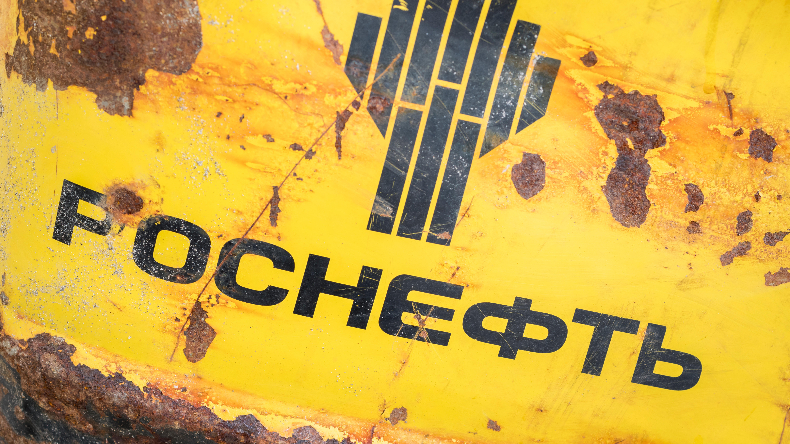 Source: Marcus Harrison - business / Alamy Stock Photo Russian oil companies Rosneft and Lukoil own refining assets in Europe, which would continue taking another 500,000 barrels per day of seaborne Russian crude oil, according to the IEA.

ABOUT 3m barrels per day of Russian oil, including 2.5m bpd in exports, will be shut in from April until at least the remainder of the year as buyers shun the country’s hydrocarbons and sanctions take hold, the International Energy Agency estimates.

As much as 60% of seaborne crude exports will be removed from the market while pipeline shipments continue, based on figures the Paris-based agency provided its monthly oil report issued today.

“The prospect of large-scale disruptions to Russian oil production is threatening to create a global oil supply shock,” the report said. 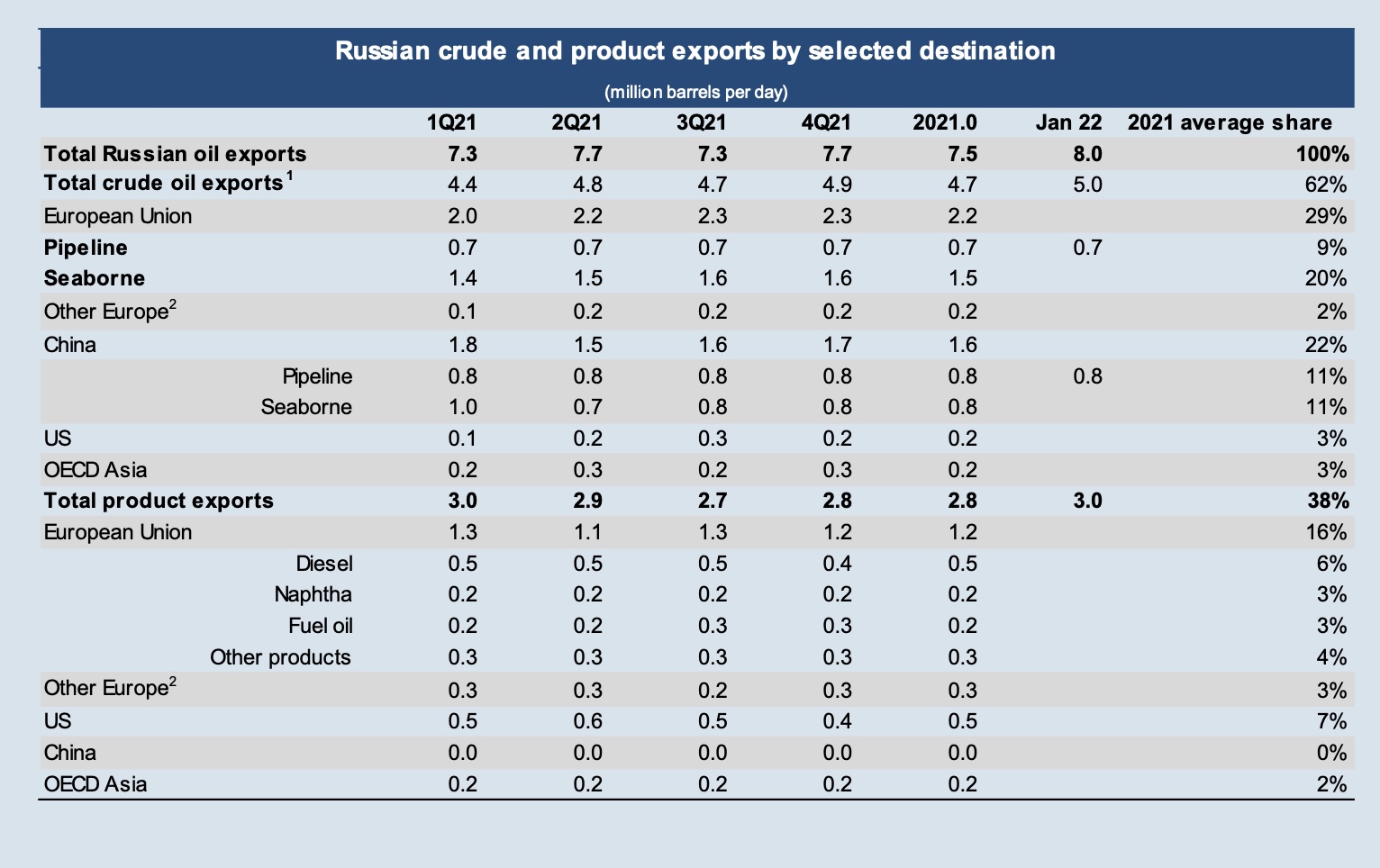 The IEA assessment suggests further headwinds for already depressed tanker freight rates and the international global tanker fleet of some 5,500 tankers of over 24,000 dwt.

With the exception of freight rates on Russia-linked trade routes in the past three weeks, earnings for the global tanker fleet have remained unprofitable for some seven quarters as supply outpaces demand.

The emergency response sends ‘a unified and strong message to global oil markets that there will be no shortfall in supplies as a result of Russia’s invasion of Ukraine’, the Paris-based agency says

Pipeline shipments, which the IEA estimates will not be affected by the Ukraine invasion turmoil, were estimated at 1.5m bpd, with 700,000 bpd going to Europe and 800,000 bpd to China.

Of the 2.5m bpd in exports affected, crude accounted for 1.5m bpd and refined products a further 1m bpd, the IEA said, with losses deepening should bans and public censure accelerate.

This accounted for a third of refined product exports, which include 500,000 bpd of diesel and 200,000 of fuel oil exports.

The figures indicate that most of the 1.5m bpd removed from the market will be seaborne crude lifted from ports in Russia’s eastern, Baltic, Black Sea and Arctic ports, which deploy mostly suezmax and aframax tankers.

“Russia exported about 5m bpd of crude oil and 3m bpd of products. We assume that shipments through pipelines to EU countries and China as well as Belarus will continue,” the report said.

“This flow accounts for about 1.9m bpd. Russian oil companies Rosneft and Lukoil own refining assets in Europe, which would continue taking another 500,000 bpd of seaborne Russian crude oil.

“We also expect that the normal 800,000 bpd to 900,000 bpd of seaborne shipments to China will be maintained and perhaps even increase. Thus, we foresee a potential disruption in crude oil exports of 1.5m bpd.”

Chinese imports of Russian crude from far-eastern ports are short-haul voyages that add the fewest volumes of tonne-miles to the tanker demand equation. Tonne-miles measure volumes carried by distance travelled and are a proxy for tanker demand.

Black Sea oil and product exports on larger tankers from Novorossiysk averaged 1.8m bpd in 2021, while exports from the Black Sea were just under 1mbpd, and from Baltic and Scandinavian areas, about 2m bpd, Lloyd’s List Intelligence data show.

Not all tankers under 60,000 dwt are included in the tally, but some 88% of shipments were on aframax tankers. In the Black Sea some 40% were suezmax vessels.

“As sanctions expand, companies shun barrels and, at the same time, opportunistic buying of massively discounted Russian crude sets in, the total amount of Russian oil lost to world markets is a moving target,” the IEA said. “With outright import bans announced by Canada, US, UK and Australia, only some 13% of Russian oil exports are directly affected.

“However, major oil companies have stepped away from Russian oil for reputational reasons and uncertainty over possible future sanctions.

“For now, Moscow’s oil continues to move to the market on the back of deals made prior to its invasion of Ukraine.”

Oil loadings from Russian ports increased in the week ending March 13, but were 500,000 bpd below pre-invasion levels, said the IEA, citing data from Kpler.

There’s been an increase of Urals volumes, which are loaded from Primorsk or Novorossiysk, are on the water which suggests sellers are struggling to find buyers or tankers are sailing to destinations further afield, the IEA said.

Energy markets are also digesting news that Iran has released two detained UK citizens, fuelling speculation that an agreement to lift three-year-old US sanctions on Iran’s oil and shipping sectors is imminent.

The lifting would immediately add some 1m bpd to the market, largely through the sailing of Iranian tankers that have been storing condensate and crude to buyers in Asia.

News that some of Iran’s elderly tanker fleet have gone to repair yards, also added to anticipation that the tankers expect to soon resume international trading.

The IEA’s forecast for crude demand growth of 2.1m bpd is 905,000 bpd lower than its assessment in last month’s oil report. Total demand is assessed at 99.7m bpd.