Iran’s National Iranian Oil Tanker Company has announced plans to build a dual-fuel aframax in a domestic shipyard. If the deal materialises it will be the first order placed by NITC in over a decade

Sanctioned Iranian tanker giant NITC has sent 24 of its ageing fleet to repair yards as negotiations that could return Iranian oil to the market near completion and Iranian vessels start openly trading with AIS turned on for the first time in years. With an average age of 17 years and 35% of the fleet over 20 years, NITC ships will face market restrictions regardless of sanctions 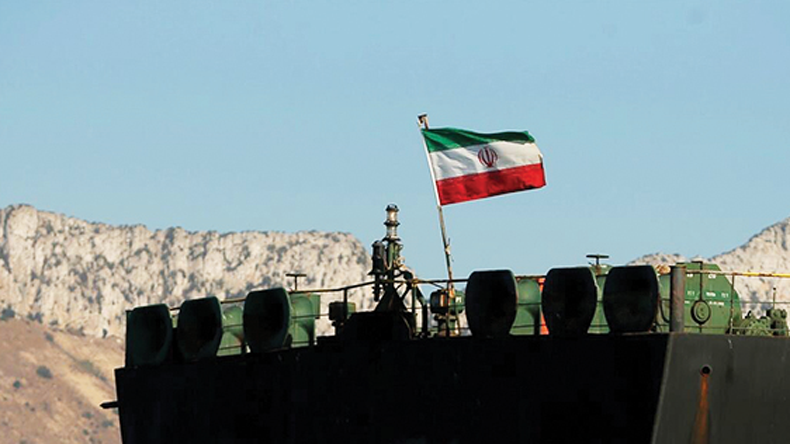 NITC is starting to send its ageing fleet of tankers for an overhaul at domestic repair yards.

NATIONAL Iranian Tanker Co appears to be readying its aging fleet of tankers for a return to market by sending 24 tankers to domestic repair yards.

The order, announced by the company in an online statement, is the first NITC has placed in over a decade. Its most recent influx of new tonnage was in 2013 when it took ownership of a series of seven tankers built in China’s Dalian and Shanghai Waigaoqiao yards.

Sanctions imposed since then have curtailed NITC’s activities and left the fleet apparently idle with Automatic Identification Systems largely turned off and much of the fleet left to act as floating storage.

The move to start entering vessels into Iranian ship repair yards comes as some NITC vessels have been returning to trades with AIS turned on. At least five NITC tankers operating east of Suez have in the past month turned on AIS signals as they engage in visible Asian trades.

Both the Hawk (IMO: 9362061) and Sevda (IMO: 9172040) emerged from Iranian waters at the beginning of the year before turning on AIS and heading to Malaysia. Hawk has had 39 extended period of AIS gaps in the past 24 months according to Lloyd's List Intelligence while Sevda has 29, however both are now opening sailing with AIS turned on.

Mr Shiva’s announcement that repairs are underway comes as a revival of the so-called JCPOA deal, which would lift sanctions on Iran in return for curbs on its nuclear programme, is nearing final stages.


The JCPOA negotiations have been catalysed by Russian disruption to oil supplies and the return of Iran to the tanker market is seen as more likely than at any point in the past few years.

The 11-month-old international talks seek to bring Iran back into the market are being closely watched by governments now keen to see restrictions on Iranian crude exports lifted in order to help to offset disruption to supplies from Russia's war in Ukraine.

Mr Shiva’s announcement that 24 tankers are in repair yards may not be much more than an indicative announcement that NITC is readying is fleet. After all, NITC’s fleet of 63 vessels has an average age of 17 years and 35% of the fleet is over 20 years old. Even if sanctions are lifted, the will face significant restrictions in the market due to its age.

However, the announcement of a newbuilding programme resumption and vessels being readied for service follows a recent flurry of similar statements from Iranian politicians praising the strength and performance of NITC and to that extent can be seen as a political statement of intent.

On March 4 Iran’s Oil Minister Javad Oji publicly called out NITC and its management in a government cabinet meeting, stating that NITC had played a significant role in boosting Iran’s oil exports.

The order of a new 113,00 dwt LNG dual-fuelled tanker at a domestic Iranian yard that has no history of such projects, came with few details beyond the promise that the ship would be in full compliance with the most stringent Energy Efficiency Design Index (EEDI) efficiency standards.

Updated: West of England P&I also cancels cover for another tanker identified by United Against Nuclear Iran as undertaking the most ship-to-ship transfers of Iran crude in 2021

In 2019 Reza Rahman, the then industry, mining and trade minister, said Iran would be spending $300m on a fleet of 200 ships, creating 60,000 jobs in the process. Details were scant at the time and no evidence of the order ever making it to contract stage emerged.

In 2018 Hyundai Heavy Industries had to postpone the delivery of 10 newbuildings ordered by Islamic Republic of Iran Shipping Lines in December 2016 amid concern over the threat of US sanctions.

The two parties had signed a $700m deal to construct four 14,500 teu containerships and six 49,000 dwt product tankers, but the vessels were not delivered.

Iranians charged with conspiracy to evade US sanctions