The combination of the two British marine mutuals creates a club just fractionally smaller in entered tonnage than market leader Gard, and industry observers think sector middleweights will now look to pair off

‘If the market does contract from 13 to nine clubs in the future… there will be less competition, which shipowners may not like,’ says a broker 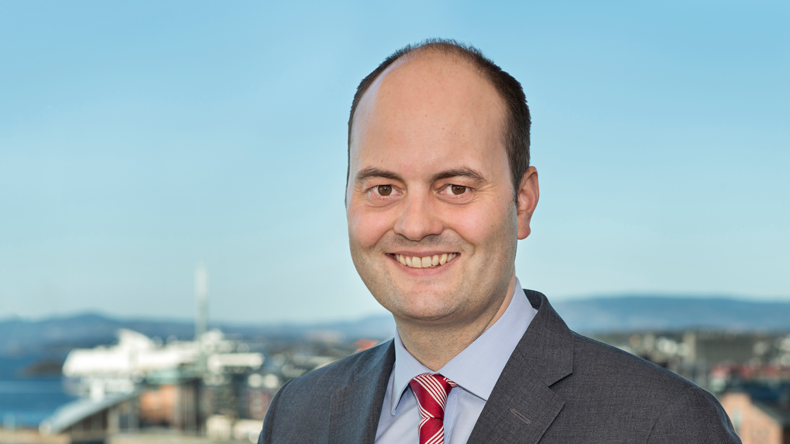 Source: Skuld Skuld’s Stale Hansen predicted in 2020 that the number of International Group clubs could fall to five or six by 2025.

IF THE merger of North and Standard had taken place last year instead of this year, the world would have seen the birth of a new number one P&I club by entered tonnage.

Based on 2021 figures — the most recent full statistics available — the combined market share of the two UK entities was 20.6%, fractionally higher than sector leader Gard on 19.3%.

It is still a close call even now. Gard gained 14m in the 2022 renewal round, while Standard picked up 11m gt.

But North has conspicuously failed to declare. Market sources believe that its request for a 15% general increase, the joint highest rate hike of any International Group affiliate, saw it shed tonnage.

P&I club business models are under pressure; decarbonisation will racket up that pressure. P&I clubs want to support owners in a transition to sustainable shipping. Mergers increase opportunities.

So, the best guess is that the new North Standard Club will fall just shy of the tally needed to overtake the Norwegians. But bragging rights aside, there will not be a lot in it.

What we have now — or more accurately, will have once North Standard’s i’s are dotted and t’s crossed — is the emergence of two P&I giants with roughly a fifth of the world fleet each.

Both will be at least twice as big as Steamship, Japan, Skuld, West, UK and Britannia in the middling 7%-10% range and far ahead of American, Shipowners, London and Swedish in the 1%-4% bracket.

Until recently, the consensus has been that P&I has room for all comers, and there is no special virtue to size for its own sake.

Norwegian company’s decision to pitch the lowest price hike in the International Group has paid off with spectacular gain of tonnage, while West of England puts brave face on loss of giant Mediterranean Shipping Company account

But Gard have been a good advertisement for the proposition that bigger is better. It has been more insulated from exogenous shocks to the system such record pool claims and has used its muscle to keep down rate increases.

Its increased revenue target of 7.5% for 2022 was the lowest of any of the IG big players. While chief executive Rolf Thore Roppestad says premiums were not kept down purposely to win new business, that has no doubt been a happy upshot.

P&I mergers are relatively rare events. While specialist historians of the sector may be able to unearth past parallels, the past 40 years has seen only a handful of consolidation moves, often driven by force of circumstance.

The last serious attempt, in the shape of talks between UK and Britannia, floundered when the nuptials were called off in 2016, after the two sides failed to come to terms.

The full reasons have never been made public, and it is a notably sensitive topic with executives of either club, even in private conversation.

Interestingly, North can certainly be hailed as a pioneer when it comes to consolidation. In 1998, it merged with the Newcastle P&I Club, boosting its entered tonnage by 5m gt in the process.

‘The difference this year is that there seems to have been a consistent approach across the market throughout the whole renewal, which was maintaining a discipline around underwriting and rating,’ says Grose

Two years later, it took over most of the fleet of the Liverpool & London P&I Club, the marine mutual best known for insuring the Titanic, when that club ceased underwriting.

Finally, in 2014, it merged with Sunderland Marine, a specialist in providing P&I cover for fishing vessels, ferries and barges. Now it has a new partner, in the shape of Standard.

Recent years have seen several marine insurance observers make the case for the IG to be slimmed down. Perhaps the most prominent voice in this respect — albeit not the only one — has been Mark Cracknell, head of P&I at key broker Marsh.

Mr Cracknell’s basic case, in a report published in 2019, is that taking the IG down from 13 to no more than eight clubs would allow more efficient use of capital, and thus lower pricing.

There would be quicker decision making in IG structures, and most felicitously of all, the way would be open for the clubs to return $1bn to members by way of a cash back.

Industry movers and shakers insist that they are open to the idea of joining forces. P&I veteran Hugo Wynn-Williams, chief executive of UK Club during its abortive talks with Britannia, told Lloyd’s List last year: “Does the world need 13 P&I clubs? Probably not. Would it be more efficient with fewer? I still believe that to be the case.”

Skuld’s Stale Hansen predicted in 2020 that the number of IG clubs could fall to five or six by 2025 and indicated that he would not mind being part of the process.

“I would like to congratulate the North of England and Standard clubs on their proposed merger, and nearing conclusion of what I am sure has been a long process,” he said in an email. “That they have come this far is a positive sign that they will succeed when both boards have approved. Skuld has long expected a consolidation in the industry, and we believe this is a positive step in that direction.”

‘All we are saying is, having 13 clubs essentially doing the same thing in pretty much the same way means that capital is used inefficiently’ — Marsh’s Mark Cracknell

One idea that has been informally bruited is that of a Scandinavian super-club, taking in Gard and Skuld, and maybe Swedish Club.

The three share similar business models, all of them writing substantial hull business on a commercial footing to subsidise the mutual membership, which may make it straightforward to put together.

Alex Vullo of Gallagher anticipated that it would act as a catalyst for further tie-ups and would do so sooner rather than later.

“We now expect to see further clubs rush to find an appropriate suitor in reaction to the merger. If the market does contract from 13 to nine clubs in the future, this probably will not have a big impact overall. However, there will be less competition, which shipowners may not like. For a large broker this will be beneficial and the big will get bigger, as the key relationships will have the biggest influence in the market generally.”

Ståle Hansen sees fewer but bigger clubs emerging, with his own marine mutual open for dialogue with peers. `There doesn't need to be 13 clubs, ' he says in an interview

PL Ferrari’s Stephen Hawke pointed out that the merger will create a larger and stronger financial base, which will help to dilute volatility surrounding the increase in high-value claims.

“Clearly a lot of detail is yet to come, and the memberships must make the decision, but all in all a positive thing, we feel. We have a substantial amount of business with both clubs and feel confident that our clients will benefit.”

An archive search reveals one or two examples of prominent P&I figures speaking out against consolidation some years ago, citing diminished choice and few economies of scales. But on being contacted today, one former naysayer said he no longer stood by views he had expressed in 2010.

P&I clubs should be open to major consolidation: Wynn-Williams