A fertiliser supply crunch is on the cards with wide-reaching implications for next season’s crops, as well as for mining although to a lesser extent, and ultimately demand for bulk carriers 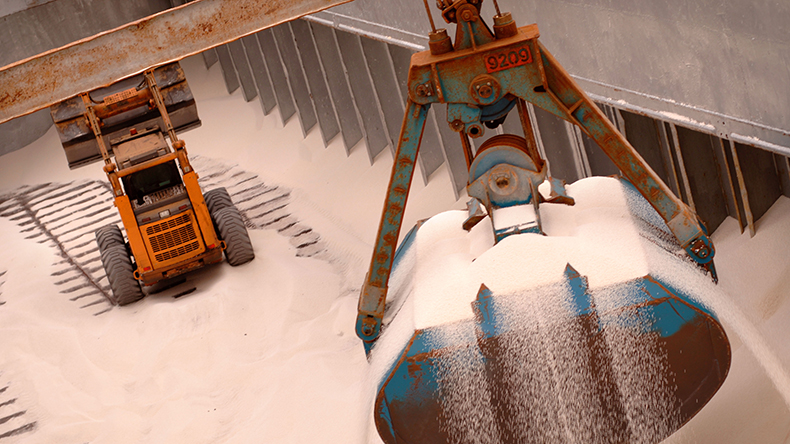 Source: Adrian Sherratt / Alamy Stock Photo Russia is the second-largest exporter of potash, at about 12m tonnes, or about a fifth of the market.

A DROP in fertiliser exports from the largest supplier Russia could dent demand for the sub-capesize segments.

With bans on ammonium nitrate exports already in place since early last month, Russia has decided to suspend shipments of other fertilisers, according to reports.

Russia is the second-largest exporter of potash, at about 12m tonnes, or about a fifth of the market, followed closely by Belarus, according to fertiliser analyst and New Ag International editor-in-chief Luke Hutson.

The only real alternative would be Canada, which is the largest producer, if it could find extra capacity, given that there are also sanctions on Belarus.

Urea is the next biggest export product from Russia, at about 6m tonnes, or 14% of the market, although if supplies were restricted, the effect would be less severe, given the number of alternative producers, such as Qatar and Saudi Arabia and new production capacity in Brunei and Nigeria, he said.

Ammonium nitrate is more interesting, as it is not just agriculture, but mining that could be affected as the product is used in explosives, with Russian exports at about 3.5m tonnes, or 40% of global trade.

There is a big gap to the next largest exporter, Lithuania, so these tonnes would be harder to substitute, Mr Hutson added.

Most of the explosive-grade is sent to African countries, but if supplies from Russia dropped to zero, South Africa may be able to supply some additional volumes to those markets, he said.

Russia banned ammonium nitrate exports, prior to its invasion of Ukraine, to guarantee local supplies amid a global supply shortage due to high gas prices.

Unseasonably warm temperatures in many parts of Russia brought the sowing season forward by several weeks, causing an early spike in demand for nitrogen fertilizers, which uses gas as feedstock, according to ship brokerage Braemar. The ban is reportedly in place from February 2 to April 1.

Russian fertiliser exports had increased by 34% to 16.8m tonnes in 2021 compared with the previous year, predominantly shipped on geared vessels, it said in a note last month.

China, Turkey and Egypt have also put in place export curbs on mineral fertilisers such as urea, phosphate and potash, it said, adding to the global shortage.

The global fertiliser supply crunch will put pressure on future harvests as the planting season in Brazil and Europe for many crops is due to start in the coming months, it added.

Meanwhile ammonia, which is mostly shipped on tankers as it comes in liquid form. will also be affected by the conflict in Ukraine with a reduction of 15% in seaborne shipments, after flows through the Togliatti-Odessa pipeline were stopped due to safety concerns, according to Kpler.

While Russian ammonia through Estonia appear not to be affected for now, key buyers such as Morocco, Turkey and India will likely have to scramble for alternative sources to plug the shortfall.

Russia and Trinidad are the biggest exporters, while Saudi Arabia and Indonesia are also significant, with Tunisia and Morocco being large recipients of Russian material, according to Mr Hutson.

Ammonia is an important raw material in the production of phosphate fertilisers.