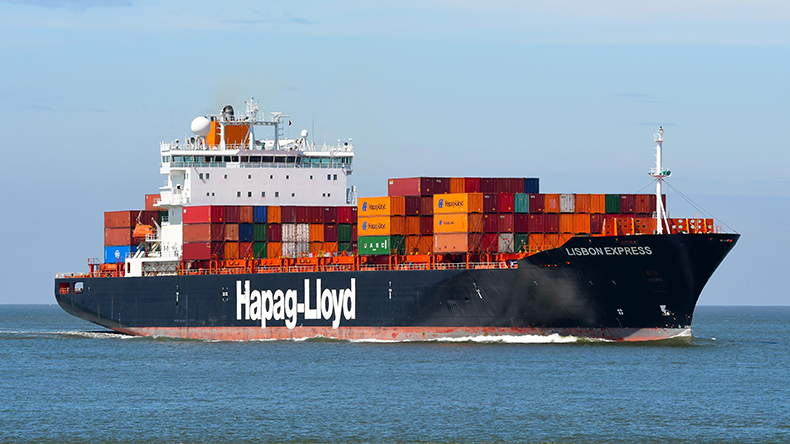 MAJOR container line operators and third-party feeder operators are reducing or phasing out their services relating to Russia’s container ports, with callings more than halving at the Baltic port of St Petersburg in recent days.

At the port of St Petersburg, port calls have dropped by 60%, with only 14 vessels having either called and sailed, are in port or are expected to arrive this week.

Since the past week, no vessels operated by Containerships or Samskip have serviced St Petersburg, while Hapag-Lloyd and X-Press Feeders cancelled callings.

Rolf Habben Jansen, chief executive of Hapag-Lloyd, said none of its ships would be calling at Russia. The company routinely used two owned 2,475 teu ships calling at St Petersburg each week.

CMA CGM’s 2,500 teu capacity CMA CGM Neva (IMO: 9745548), which is also carrier-owned, arrived at St Petersburg on March 8 and is due to sail today for Hamburg. CMA CGM Neva is likely to be the last CMA CGM ship to serve Russia for the foreseeable future.

Maersk is understood to have two vessels destined for St Petersburg. According to Lloyd’s List Intelligence, the 3,600 teu Vayenga Maersk (IMO: 9775751) and Vilnia Maersk (IMO: 9778533) both indicate a destination of St Petersburg via their automatic identification system transmissions. However, their arrival dates are not certain.

Of the major container line operators, CMA CGM, Maersk and MSC have all stated that they are no longer taking bookings for Russian destinations while third-party feeder operators are unlikely to have any loadings via mainline vessels due to this.

What effect this will have on the vessels currently used on dedicated Russian services is unclear.

Those vessels that are provided from the charter market would normally gain a premium on their charter rates due to their ice-class requirement for Baltic Sea service.

“It’s a fact that some feeder vessels have become open for charter in northern Europe at short notice due to the decisions to stop calling at Russian ports in the Baltic,” one shipbroker told Lloyd’s List. “We expect these to be fixed quickly by other container line operators for other different trades.”

Although the identity of the open ships is not clear, they are likely to be vessels previously deployed by third-party feeder operators since most ships deployed by the global operators are carrier-owned ships.

Vessels that have arrived there this week comprise one ship each operated by CMA CGM, Maersk, MSC and Zim. No further calls by these carriers are expected. In addition, ships operated by Asia-based carriers China United Lines and SITC also called at Vladivostok this week.

Russian container line operator Fesco appears to have stepped up calls recently, with seven of its ships having called, or due to call, at Vladivostok during this week when normally four calls per week are average.