Marine fuel prices now edging to $1,000 per tonne based on Argus Media assessments for Rotterdam and Singapore

Rapid rise now weighing on operating costs across the shipping sector, with very large crude carrier rates now at the lowest level in data going back to the year 2008 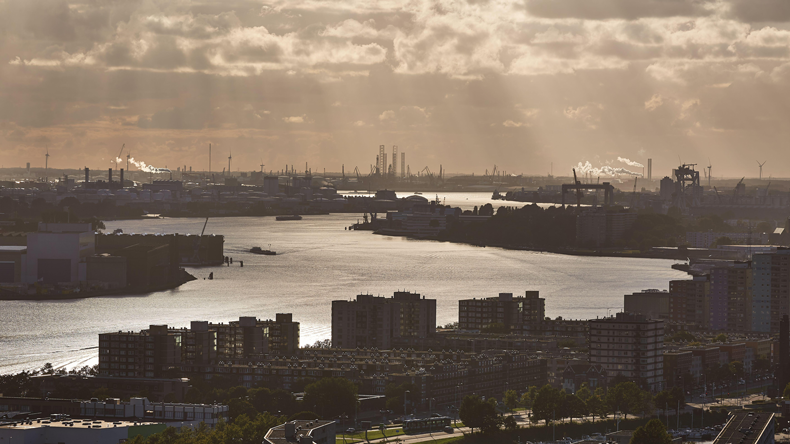 Source: Desintegrator / Alamy Stock Photo Bunkering prices in Rotterdam are soaring on the back of sanctions imposed against Russia.

Argus Media assessed VLSFO at Rotterdam at $972 per tonne at the close on March 8, the sixth consecutive day the benchmark had set a record.

Cheaper higher-sulphur fuel oil that can be used by ships with scrubbers installed was priced at $704 per tonne, with the spread between the two fuel types now the widest since assessments began.

The energy commodities crisis now engulfing world trade has seen dramatic spikes in crude prices, which have leapt by one third since Russia began its military incursion into Ukraine.

But oil products prices have gained at a faster pace, with low-sulphur gasoil futures up by 78% over the same period, and marine fuels by 44%.

The higher marine fuel prices have weighed on operating costs across all shipping sectors, with the greatest impact on the global fleet of very large crude carriers.

The average time charter equivalent rate for VLCCs is currently assessed at minus $24,060 per day by the Baltic Exchange, the lowest in records going back to 2008.

Unlike the smaller aframax and suezmax fleet, VLCCs typically load from the Middle East Gulf and have not been exposed to the higher premiums that have pushed up the average earnings for these vessel types.

The Baltic’s VLCC assessment does not factor in the age and engine efficiency, if the tanker is sailing at a slower speed, the cost paid for bunkers, or whether scrubbers are installed.

However, this baseline figure indicates the pain higher fuel costs are having for owners of the larger tankers, which have so far failed to benefit from any Ukraine-related premiums.

Russia and the Netherlands are the two largest exporters of fuel oil, according to Joint Organisation Data Initiative data.

Fuel oil exports from Russia averaged about 570,000 barrels per day in the first 10 months of 2021, the most recent data available, and about two-thirds of the federation’s refinery output, JODI data show. That compares to the Netherlands which exported 412,000 bpd. Total global fuel oil exports were 3.56m bpd, data show.

“Some Russian sellers continue offering marine fuel but they face a significant drop in demand from foreign shipowners, which have switched to bunkering in northwest Europe and Asia-Pacific to minimise exposure to further sanctions amid the ongoing Ukrainian invasion,” she said. “Bunkering companies in the Russian Far East hope to see steady demand from Chinese shipowners.”

Russian marine fuel sales dropped 30% in 2021 to 4.5m tonnes in 2021, compared with the prior year, said Ms Weschler, with further falls expected this year.

VLSFO accounted for 86% of Russian sales. This marine fuel was selling at its sharpest discount to competing international ports in the first week of March, according to Argus Media assessments.

The discount for Novorossiysk VLSFO widened to average more than $200 per tonne against assessments in Turkey and and Greece.

Similar discounts were seen for VLSFO priced out of St Petersburg and Amsterdam-Rotterdam-Antwerp, she added.