Direct impact of the war in Ukraine on containerised supply chains is minimal, but the fallout from sanctions will have wide-reaching effects 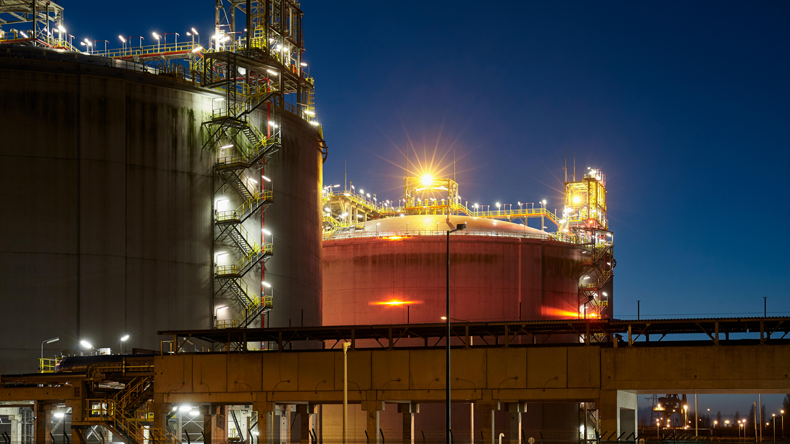 Source: Maciej Bledowski / Alamy Stock Photo Rising energy and commodity costs for things such as LNG will have downstream effects on manufacturing and supply chains.

THE conflict in Ukraine and the ensuing sanctions on Russia are likely to have an ongoing impact on global container supply chains despite the relatively limited volumes shipped to and from Russia.

Russia’s main exports are energy and strategic minerals, and Ukraine’s are largely foodstuffs, and it is clear that there will be important implications for commodities, according to Flexport supply chain economist Chris Rogers.

“That is important because that will feed into all manufacturing supply chains,” he said in a webinar. “Anything that is using metals, plastics or energy is going to be affected by the economic impacts of the conflict.”

The main transmission mechanism of the economic impact was already being seen in higher commodity prices, which have accelerated significantly.

“Demand was already elevated during the pandemic and there is no outlook for this to fall,” Mr Rogers said. “There are also concerns about potential shortages, even though so far the supply of these commodities is to actual be reduced.”

The biggest impact would be seen on supply chains in high-technology and other from other forms of sanctions.

The squeeze in Russia would be on high-technology goods, which would have a long-term impact on Russia’s manufacturing economy.

But sanctions were likely to evolve further, he added. “We have seen rapid adaptations already and as each step of the conflict has escalated we have seen rhetoric from the US and EU on tightening sanctions even further.”

That rhetoric was raised even higher yesterday, when the US, European Union and UK announced measures to reduce their dependence on Russian energy.

Beyond sanctions, however, there were also operational risks to supply chains from the conflict.

“The Russia-flagged container fleet is not big in a global context and only two small feeder vessels have been sanctioned. The bigger issue is the unilateral decisions by port workers to not handle Russia cargo either in or out. That could evolve.”

This in turn could lead to further build-ups of Russia-bound cargoes at transhipment hubs.

“That cargo has to go somewhere, and that is contributing to potential congestion,” he said.

But according to World Bank figures, total bilateral container trade with Russia amounted to just under 5m teu in 2020.

“It is not nothing, but it is not an industry changing number. The big container lines are not taking Russia bookings and the question now is whether that capacity is redeployed to other trades. But it is too early to say what the outcome will be.”

Container xChange chief executive Christian Roeloffs warned that there could be more pressure on Asia-Europe trade lanes due to a modal shift from air and rail, which were now closed via Russia.

“We expect this awful war to add to the stretched nature of global container supply chains, bringing yet more inflation, disruption and delays,” he said. “Overall, the situation for container availability is likely to worsen, but this will vary by port and region. Central and northern Europe is already congested, and any further trigger to the cargo flow will only worsen the state of container pile-ups.”