US, EU and UK pile on political pressure, with co-ordinated measures designed to disrupt the flow of energy commodities from Russia 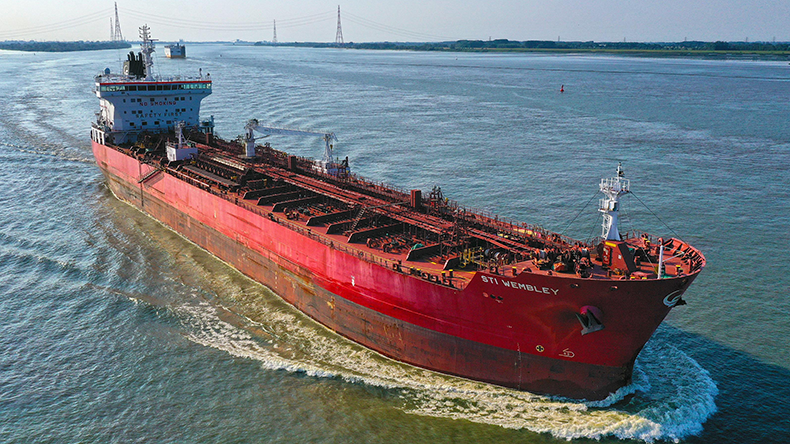 Whether the combined chemical and oil tanker STI Wembley will now discharge its cargo at the UK, as it is currently signalling, is uncertain.

TANKER markets face further turmoil after the US and UK banned Russian oil and gas imports.

The move intensifies pressure on the shrinking number of shipowners — some of whom are listed in New York — that have continued to load energy commodities from the Russian Federation.

The European Union also revealed plans to phase out Russian oil and gas use by 2030 which, alongside the UK and US bans, will trigger a significant recalibration of seaborne trade flows for the global tanker and gas carrier fleet. 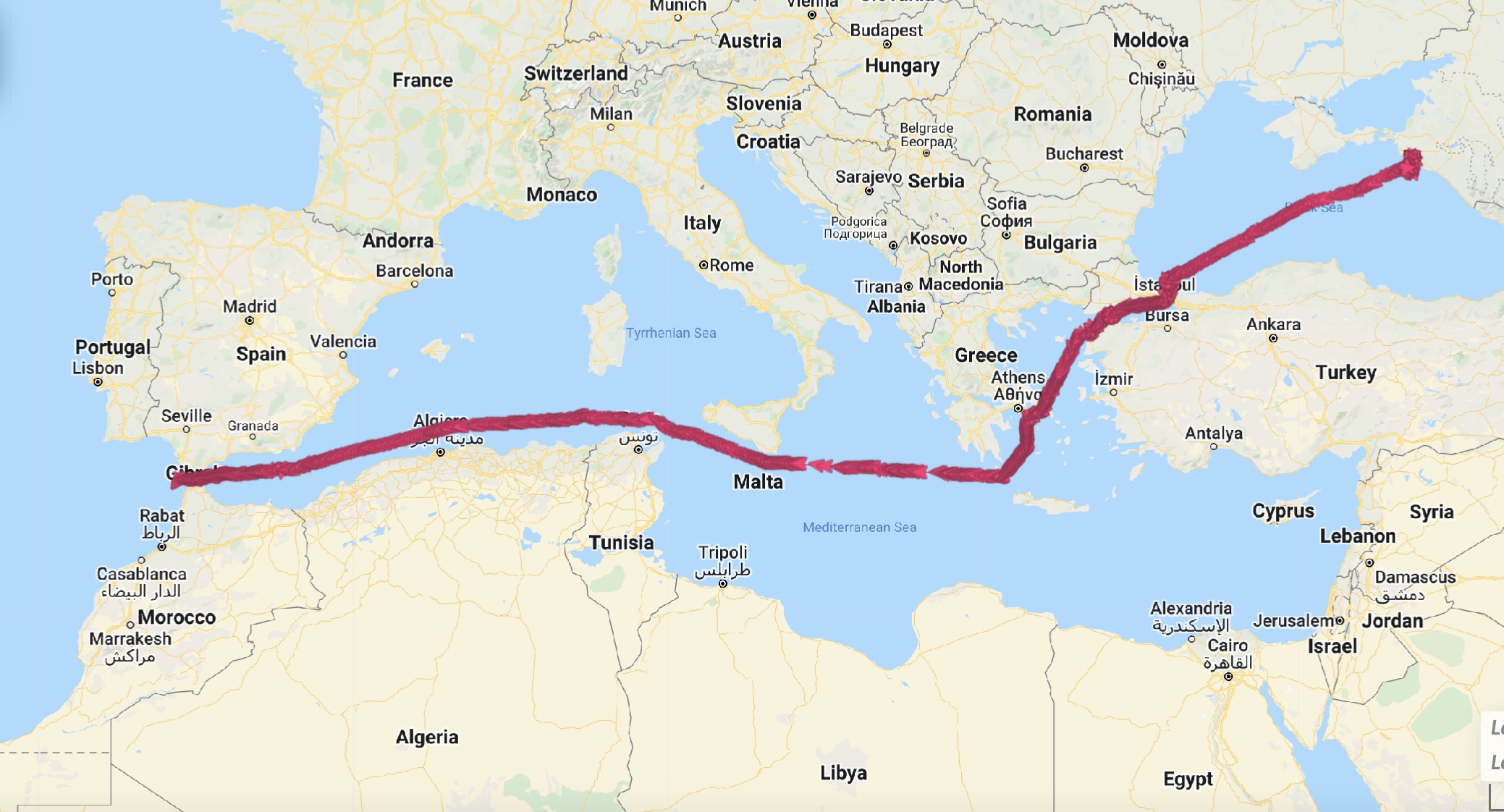 The political moves are having an immediate impact on Russian cargoes on the water.

Sailing was halted for Houston-bound aframax tanker Elli (IMO: 9412452), which was laden with 100,000 tonnes of crude loaded from Novorossiysk.

The tanker changed course and slowed speed shortly after clearing the Strait of Gibraltar as news emerged.

Despite the Russian port of Novorossiysk sitting in the Joint War Committee’s war risk area, there are several bulkers heading there. At present, almost a dozen are already loading or discharging, according to Lloyd’s List Intelligence data

Whether the vessel STI Wembley (IMO: 9691735) will now discharge its cargo at the UK, as it is currently signalling, is uncertain.

The Scorpio Tankers-owned vessel loaded on March 5 at the Russian Baltic port of Saint Petersburg and is sailing around northwest Germany and Denmark.

Owners in Europe, the US and UK will likely revise and reevaluate their involvement as trade flows quickly alter to comply with sanctions amid heightened reputational risk.

The UK ban on oil and oil products applies from the end of 2022, according to Business Secretary Kwasi Kwarteng, and affects 8% of UK demand.

The UK planned to work with other suppliers in the US and Netherlands to secure alternative supplies by then, he said.

Listed companies including Frontline, Scorpio Tankers and Hafnia were tracked loading oil and refined products cargoes from Russian ports including Primorsk, Ust-Luga, Saint Petersburg and Novorossiysk in the Baltic and Black seas in the past 24 hours.

Spot fixture lists and vessel-tracking identified the tankers, some of which are earning premiums 1,600% above rates of two weeks ago.

Fixtures showed that four Litasco-chartered tankers were loading gasoline from Barcelona, for discharge elsewhere in the Mediterranean.

Most tankers are sailing to European destinations, as well as liquefied natural gas carriers from the Russian Arctic port of Yamal, keeping seaborne energy commodities flowing amid rising political pressure.

Exports of crude and oil products from Russia are said to have fallen by about 1.5m barrels per day in the past two weeks, from prior estimated levels of some 7m bpd before the Ukraine invasion.

Self-sanctioning has also reduced the number of available tankers as owners weigh risk and insurance and financial complexities amid the evolving patchwork and implementation of new restrictions on Russia.

The US ban will have a limited impact on that country as imports have more than halved in recent months.

Crude and petroleum imports from Russia totalled 672,000 bpd in December. That represents nearly 10% of the 6.4m bpd of oil products and crude that Russia exported the prior month, based on data from the US Energy Information Administration and the Joint Organisation Data Initiative.

In Europe, the European Commission said around two thirds of natural gas could be supplied by Qatar and the US, as it announced its strategy to reduce reliance on Russian oil, gas and coal.

Russia provides Europe with some 40% of natural gas and LNG cargoes, about 40% of all ultra-low sulphur diesel imports, and 30% of oil, data show.

LNG cargoes are still sailing uninterrupted from the Russian Arctic port of Yamal this week, according to vessel tracking data, and most are destined for Europe.

Six LNG carriers chartered by Yamal to ship LNG for the project are owned by Seapeak.

Angelicoussis Group’s dry bulk arm confirms 35 seafarers safely evacuated. It is not immediately clear whether any seafarers remain on board

The company owns the rebranded Teekay LNG Partners fleet after private equity company Stonepeak took over the company in January.

LNG exports so far are uninterrupted. Two LNG carriers diverted from the UK because of a ban on Russian-owned, operated, chartered or controlled vessels but it discharged in northwest Europe.

Of the 11 cargoes loaded from Yamal LNG terminal since February 26, five discharged in Europe at regasification terminals in France and Belgium.

The other six are on the water.

Other shipowners most exposed to Russian energy commodities trades include George Ecnomou, which has 45 tankers lifting cargoes from the federation over the past three years, Lloyd’s List analysis show.

There are 262 beneficial owners listed alongside the 1,383 tankers that have shipped oil from Russia since 2019, reflecting highly fragmented tanker ownership structures.