Freight rates have been unaffected by Russia’s military incursion into Ukraine. But rising oil prices are already driving bunker costs higher and carriers will seek to recover that cost 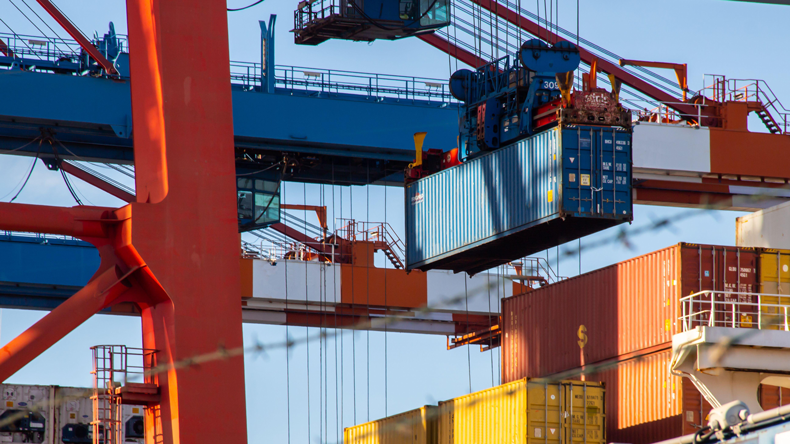 THE impact of the conflict in Ukraine on container shipping is likely to come more from increased bunker costs rather than any direct disruption to the sector.

Freight rates have seen no significant increase since the start of the conflict on February 24. The Shanghai Containerised Freight Index fell back 1.5% during the first full week of Russia’s military incursion, with rates to northern Europe and the Mediterranean slipping 1.8% and 1.2%, respectively.

Figures from Xeneta also show a dip in rates on Black Sea and Baltic trades, as trade with Russia and Ukraine comes to a halt due to sanctions and many carriers’ decisions to no longer accept bookings to or from the region.

Analysts at Linerlytica said new bookings to Ukraine and Russia had almost completely stopped, affecting around 3%-4% of total Asia-Europe volumes.

“Positive spillovers as a result of shifts from air freight and trans-Siberian rail will not be sufficient to compensate for the short-term cargo loss, with further rate erosion expected in the coming weeks.”

But the outbreak of war has led to a sharp rise in the price of oil, with the price of Brent Crude today reaching $139 per barrel, its highest level for more than a decade.

That price hike has been followed by a similar sharp hike in the cost of bunker fuel. At the beginning of the past week, prices for very low-sulphur fuel oil broke the $800 per tonne mark for the first time and by Friday had reached $902 per tonne.

Heavy fuel oil, used by the 30% of containerships with scrubbers fitted has also seen a sharp rise since the start of hostilities, rising from $597 per tonne on the day of the invasion to $627 per tonne on March 4.

“The price of fuel had been showing an increasing trend in the beginning of the year, but it is clear that following Russia’s invasion of Ukraine, the price increased sharply as a consequence,” said Sea-Intelligence chief executive Alan Murphy. “We are now at a point, where the average purchased price has increased $108 per tonne, compared to the day before the invasion.”

With the box shipping sector consuming 64m tonnes of fuel per year, by March 4 this additional cost amounted to $19m per day across all carriers and there has been an additional $66m to pay since the start of the conflict.

While the outcome of the military activity and the future price of oil is impossible to predict, if prices were to stay at their current elevated level, container shipping would be looking at costs rising by $7bn per year on current consumption patterns, said Mr Murphy.

Dividing that figure by the 179m containers carried in 2021 would give a figure of $39 per teu that container lines would need to recover if other measures, such as slow steaming to reduce consumption, were not adopted.

“This will of course vary significantly depending on the length of a trade and the size of vessels used in the trade,” he said. “But clearly it will result in significant increases in bunker surcharges.”