Traders and shipowners shun Russia crude, driving huge premiums for those tankers willing to take the risk amid an ill-defined and evolving patchwork of financial, shipping and banking sanctions that are recalibrating seaborne trade flows

Unclear and complex geopolitical risk surrounding Russia’s incursion into Ukraine is affecting crude exports the most, while diesel and refined product shipments continue 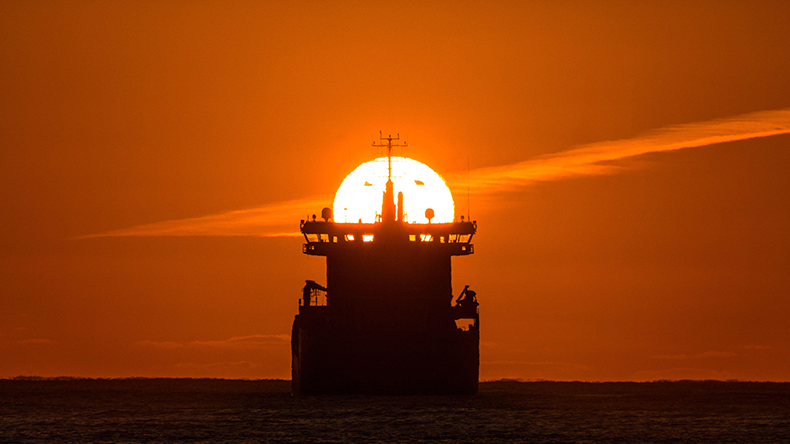 RATES to ship 100,000 tonnes of Russian crude from Baltic ports to refineries in northwest Europe have gained 1,600% in eight days as shipowners navigate the biggest upheaval in seaborne energy commodities trades since the first Gulf War in the early 1990s.

Soaring rates reveal the unwillingness of many shipowners to load Russian oil as they re-evaluate compliance and risk against a patchwork of evolving financial, legal, banking and shipping sanctions introduced across Europe, the UK and north America.

“Due to the complexity of the logistics, we effectively cannot call Russia, even though the molecules themselves are exempt,” one Europe-based shipowner with a significant fleet of suezmax tankers told Lloyd’s List.

“In addition to the sanctioned banks and companies, we also need to protect those crew who are from Ukraine and Russia.”

Black Sea-to-Mediterranean suezmax rates gained 800% in eight days to reach nearly $150,000 daily on March 4, up from a loss-making minus $2,320 the day before the invasion, according to assessments from the London-based Baltic Exchange.

The UK has introduced sanctions on Russia-flagged and affiliated ships, affecting some 430 internationally trading vessels.

Millions of barrels of Urals crude are in limbo amid reports that despite deeply discounted prices, Russian oil companies cannot find buyers willing to take cargoes.

Crude and fuel oil from Russia appears to be most affected by the uncertainty, while Europe-bound refined product exports are still loading and sailing.

European refineries do not produce enough middle distillates including diesel and gasoil to meet demand, with some 42% of 10ppm diesel imported from Russia.

The 12 tankers that loaded since January 24 have discharged at Germany or Rotterdam or signalling their next destination as Le Havre, in France, or the UK’s Thamesport in coming days.

Some Baltic crude cargoes are seen sailing for China, an opportune buyer of distressed or cheap crude on the market.

US and European sanctions on Russian banks have added to the lack of clarity on Russian cargoes and whiplashed oil and gasoil prices, which have gained 18% and 23%, respectively, in the past week.

The Netherlands was the biggest destination for seaborne Russian crude in 2021 with 800,000 barrels per day of the 5m bpd exports, comprising 16%, which was bought by refineries in the Amsterdam-Rotterdam area.

Eleven crude cargoes from Russia have arrived in the Netherlands so far this year, data show, with the next known cargo — 80,000 tonnes from Novorossiysk on the vessel Seatribute (IMO: 9857468), signalling its arrival in Fawley on March 10.

Many European and US refineries are owned by oil companies committed to exiting their Russian investments.

Another shipowner told Lloyd’s List that their company was not doing any Russian business as it was very difficult to get an understanding of what was possible and options appeared to be diminishing by the day.

Others mentioned sensitivities were involved if crew were Russian and that sanctions prevent them from paying their wages, with many still looking for a workaround to ensure they were paid.

The biggest test would be seen in the coming days as most cargoes currently on the water were sold or loaded before any further Russian incursion.

Whether shipowners and traders would buy cargoes that would be ready for export from March 10 under these new geopolitical conditions remained unclear, Lloyd’s List was told.

Ukraine and Russia spar at IMO