Rail was supposed to provide a faster, cheaper alternative to ocean and air freight. But the link between Asia and Europe via Russia has now been severed 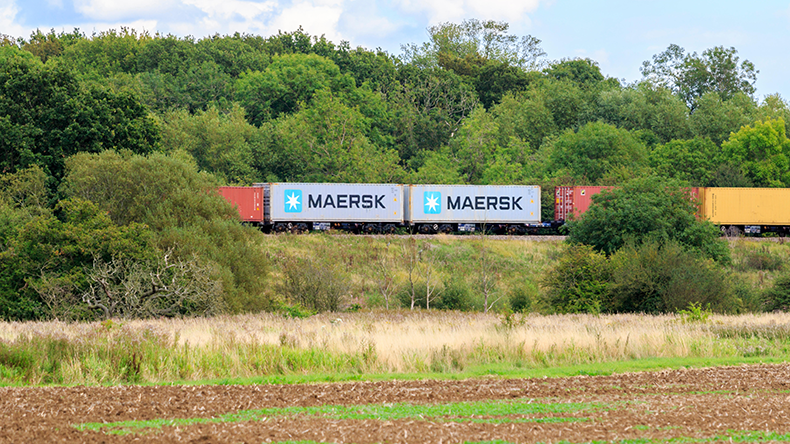 CHINA’S ambitious belt and road project to connect its manufacturing hubs to market in western Europe via sea, road and rail has hit a road bump following the military incursion of Russian into Ukraine.

Rail has played an increasing part in that mix of modes, particularly over the past two years, when disruptions to maritime supply chains have led to long delays.

While volumes are small in relative terms, rail has the advantage of being faster than sea transport and cheaper than air transport, so is ideal for shipments of larger or heavier items that need expedited delivery.

Container lines such as Maersk and CMA CGM, through its Ceva Logistics subsidiary, have been offering rail services as an alternative to ocean transport.

But those services now look set to stop following tough sanctions imposed after the Russian began its military operation in Ukraine.

Maersk today announced it had temporarily suspended new intercontinental rail bookings “without exception” both east and west bound between Asia and Europe until further notice.

It said it would do its utmost to deliver cargo that was already in transit or was already booked for shipment.

Rail shipment volumes from Asia to Europe are not easy to ascertain, but are thought to exceed 1m teu per year.

“This is peanuts in the grand scheme but in view of ocean capacity restraints may prove quite challenging,” one source told Lloyd’s List.

But there were concerns over some sectors that rely on expedited rail. German car manufacturers are understood to be big users of rail freight services, and there are concerns that production could be affected if ocean freight substitute capacity cannot be found.

Stocks of intermediate products were already largely exhausted in some areas before the outbreak of the war due to the global pandemic, a spokesman for the German Association of the Automotive Industry (VDA) told Lloyd’s List.

“The disruptions to train and ship connections caused by the war as well as restrictions in air traffic are already having a significant impact on the supply and logistics chains,” he said.

“We expect the supply of parts to be tightened. On top of the described means of transportation logistics service providers have discontinued the full service on the Silk Road, including cargo support from dispatch to destination. This has certainly an impact on the material supply in Europe and China.

German container line Hapag-Lloyd said that while it had not yet received approaches from the sector for additional capacity, it was preparing itself to support its automotive customers in keeping their supply chains running.

“We remain in constant exchange with our customers from this sector. We will offer them the best solutions possible, if and when needed,” a spokesman said.

Meanwhile, air freight options are also closing down. Maersk also said it would no longer accept air bookings to or from Russia and warned that there was a potential risks to the cost of air transport as airspace was restricted and flights were subject to rising fuel and insurance costs.

Earlier this week, Kuehne + Nagel warned that the closure of Russian airspace would add extra time and cost to Asia-Europe airfreight and restrictions on capacity.
Advertisement