Port workers in US and Canada refuse to handle Russian cargo

There are currently no Russia-flagged ships in US or Canadian ports, according to a survey of Lloyd’s List Intelligence 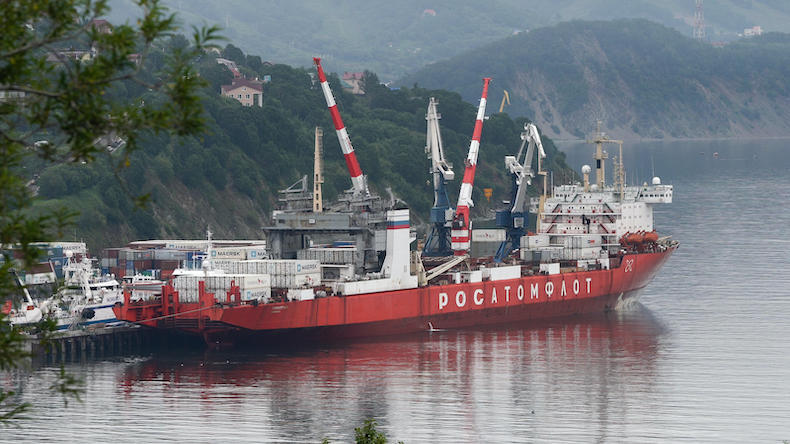 Source: Alexander Piragis / Alamy Stock Photo Russian ships are not welcome in the US and Canada.

DOCKWORKERS in the US and Canada are refusing to load or unload any Russian vessel or handle any incoming or outgoing Russia cargo.

The International Longshore and Warehouse Union said 20,000 workers at 29 ports on the US west coast “will refuse to load or unload any Russian vessels or Russian cargo coming into or going out of all west coast ports”.

“With this action in solidarity with the people of Ukraine, we send a strong message that we unequivocally condemn the Russian invasion,” the union’s international president Willie Adams said in a statement.

“West coast dockworkers are proud to do our part to join with those around the world who are bravely taking a stand and making sacrifices for the good of Ukraine.”

Rob Ashton, president of the ILWU in Canada, urged prime minister Justin Trudeau to “cease all maritime trade” with Russia and its allies while also banning “all Russia-owned, Russia-flagged vessels” from the country’s ports.

“We call on the Canadian government to ensure that all cargo originating from Russia or bound for Russia on any vessel is halted” and that “Canadian commodities and goods bound for Russia are halted”.

There are currently no Russia-flagged ships in US or Canadian ports, according to a survey of Lloyd’s List Intelligence.

Mr Ashton said ILWU Canada had already placed a ban on all Russian vessels and cargo coming into the ports of British Columbia.

“Our union will not work any vessel or cargo that has been identified as Russia-flagged or Russia-owned.”

Harold Daggett, president of the International Longshoremen’s Association, which represents dockworkers in US Gulf and east coast ports, said his organisation “pledges its support of Ukraine and its citizens; its collective condemnation of Russia’s attack and are united in prayers for a speedy end to this brutal action by one nation against another”.

Russia was the 26th largest goods trading partner of the US in 2019, according to the Office of the US Trade Representative.