US Federal Maritime Commission attends US Senate committee hearing about the Ocean Shipping Reform Act, which would give the regulator greater powers. The bill has already passed through the lower house 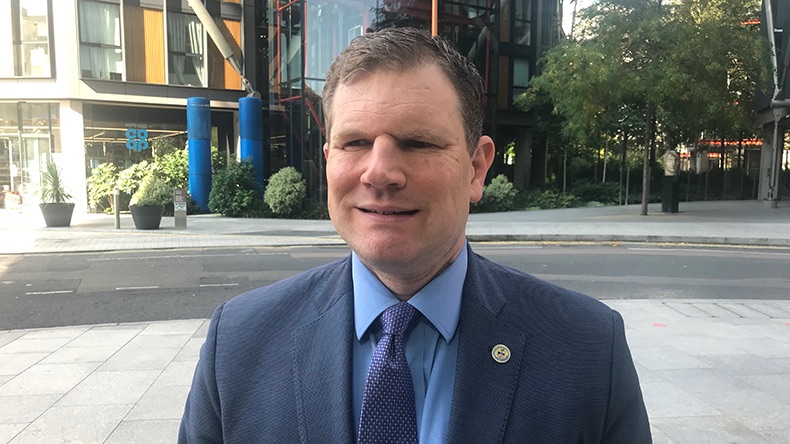 THE head of the US shipping regulator has made an appeal for greater regulatory powers to strengthen federal oversight of international ocean carriers.

Dan Maffei, chairman of the US Federal Maritime Commission, appeared before a Senate committee hearing convened to examine the Ocean Shipping Reform Act, proposed legislation introduced to the upper house of Congress in February.

The bill aims to improve conditions for US exporters by making it harder for ocean carriers to leave goods at ports even when they are ready to be shipped abroad.

Bipartisan bill to reform US shipping moves to Senate

It also aims to provide the FMC, which is the responsible federal agency for oversight of ocean-borne transportation, greater authority to regulate what it perceives as harmful practices by overseas carriers.

“The law governing container shipping has been in need of updates, even before the current Covid-triggered demand surge,” Mr Maffei said in a statement to the March 3 hearing.

“The proposal includes new authorities that would provide the FMC with additional leverage over regulated entities and would help protect shippers from unfair and deceptive practices.

“While the FMC can do additional rulemaking, legislation updating our statute would remove any ambiguity about policymakers’ priorities on matters such as detention and demurrage, and ocean shipping contract reform.

The agencies are creating an overlap in their powers, with the FMC effectively acquiring the ability to investigate and prosecute, while the Department of Justice will gain detailed information of the maritime industry

“Similarly, providing the FMC with additional resources would allow us to be even more active than we already are in industry oversight, voluntary compliance, investigations, enforcement, consumer assistance, and outreach.”

But he cautioned that “any bill that is ultimately passed into law must not have the unintended consequence of being too disruptive to trade.”

Congestion at ports and increased shipping costs pose “unique challenges” for US exporters, who have seen the price of shipping containers increase four-fold in two years, said Senator Amy Klobuchar, who introduced the proposed act, which is co-sponsored by 23 senators.

Similarly named legislation was passed in the House by Representatives by a vote of 364-60.

The FMC cannot tell ocean carriers “to pay some attention” to small businesses and not just the “big box” stores. “We do not have that authority. Sometimes, I wish we did,” he said.

Senator Maria Cantwell, chair of the Senate committee on Commerce, Science, and Transportation, said farmers, manufacturers and other US businesses have been hit by “skyrocketing shipping fees, unprecedented delays and schedule changes, while foreign shipping companies reap record profits.”

US maritime regulator has made it clear that it is unhappy with unjustifiable fees. It is now taking action and bolstering shipper’s powers to complain

“Congress must take bipartisan action to protect our agriculture producers and export businesses from unfair ocean carrier practices so they can get their goods to the global marketplace, and we can further relieve port congestion, reduce supply chain backlogs, and lower prices for consumers,” she said in a statement ahead of the hearing.

She told Mr Maffei, “we are definitely going to give you new authority — the question is whether we get it out absolutely right, because we cannot afford not to get this right. We cannot afford this to continue this way.”

The World Shipping Council, which represents ocean carriers, has criticised the legislative proposals before Congress.

The changes would “upend the global transportation system, reducing service for US importers and exporters and raising costs for American consumers and businesses,” it said.