Ukraine accuses the Russian navy of using the general cargoship Helt as a shield, forcing it to enter the dangerous part of the Black Sea in ‘nothing but 21st century piracy’

The Estonian-owned Helt possibly hit a mine. Shipmanager Vista Shipping Agency said all six missing crew members have been rescued 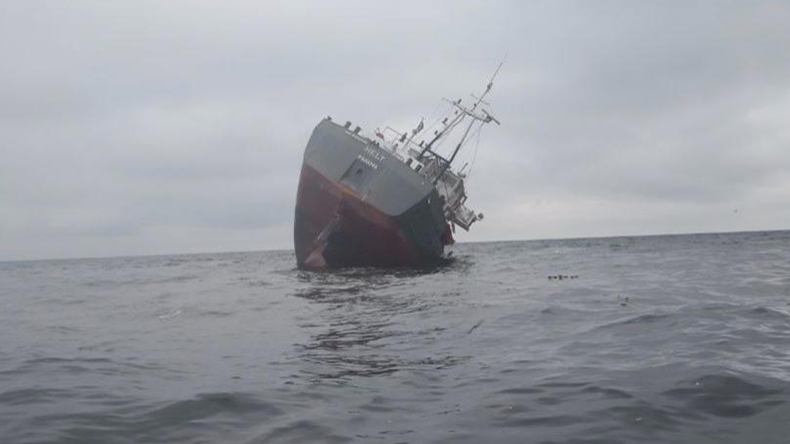 Source: ABC Maritime Dryad Global said the damage to Helt was consistent with a mine explosion.

AN ESTONIAN-owned ship has sunk off Odessa following an explosion.

Earlier reports said four men were missing and two were on a liferaft.

Capt Ilves said the company was contacting families of those involved.

Security firm Dryad Global said the ship disappeared from radar at about 1218 hrs. Its last report indicated a 70-degree list.

Dryad said the incident occurred about six nautical miles south of a mine-warning area. “Images appear to indicate an attack commensurate with a mine strike,” it said.

It said Russian ships had forced Helt to enter the dangerous zone of the Black Sea “so that the occupiers can cover themselves with a civilian ship as a human shield. This is nothing but 21st-century piracy”.

Separately, one seafarer was killed when Bangladesh-flagged bulk carrier Banglar Samriddhi (IMO: 9793832) was hit by a missile while anchored off Oktyabrsk, Ukraine.

Ships in the Black and Azov seas have been warned to transmit on Automatic Identification System, clearly state their intentions on VHF radio and maintain lookouts.